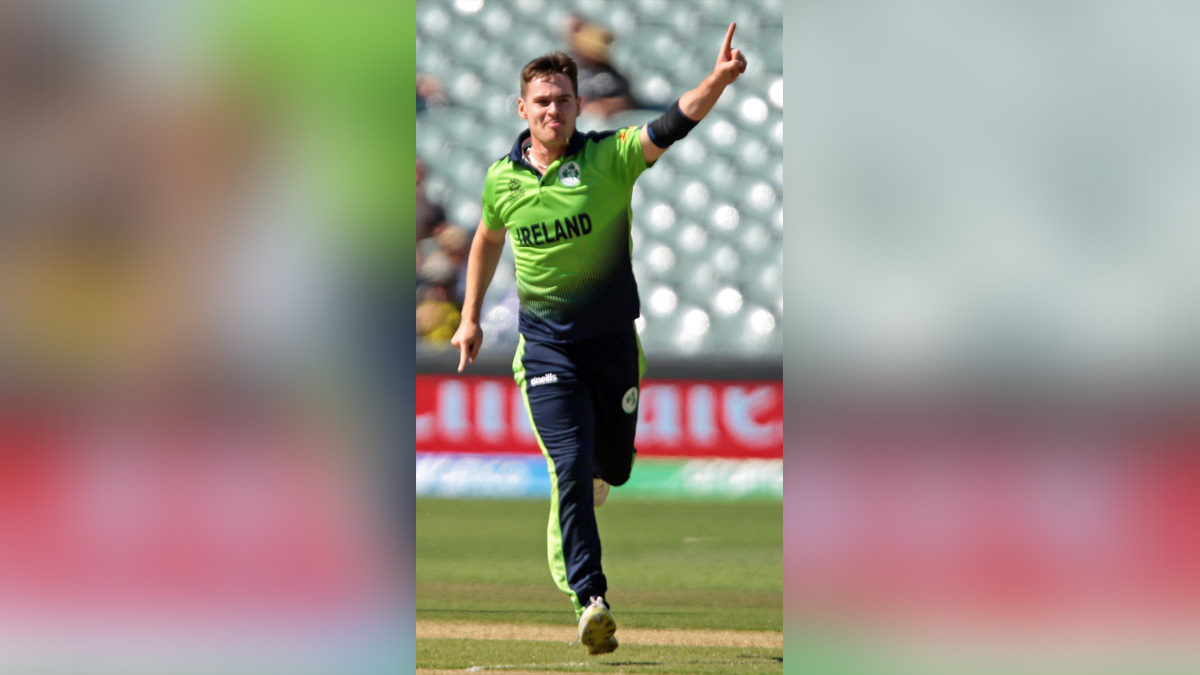 Adelaide : Ireland’s left-arm pacer Josh Little on Friday took a sensational hat-trick against New Zealand in their Group 1 match in Super 12s of Men’s T20 World Cup at Adelaide Oval, recording just the second instance of completing a feat like this in the ongoing tournament in Australia.

New Zealand were cruising at 174/3 in the 19th over and looked set for crossing 200-plus when Little removed skipper Kane Williamson, James Neesham and Mitchell Santner on successive deliveries to became only the second Ireland bowler to take a hat-trick in T20 World Cups after his team-mate Curtis Campher achieved the feat last year in Abu Dhabi.

After having Williamson pull straight to fielder in the deep to depart for 61, Little’s consecutive lbw decisions in his favour on the final two deliveries of the over, earned him the unlikely achievement.

It means Little finishes the T20 World Cup with an impressive 11 scalps, with his figures of 3/22 against New Zealand meaning the 23-year-old finished with a total of 7/59 from 11 overs against the Kiwis, England and Australia.

“I guess it was a little bit of tail back into the left-handers, wanted to execute it two times in a row and I got lucky to have managed it. I think I was a bit short early on, then went a bit greedy and went full,” said Little in the mid-innings chat with broadcasters.

Campher’s hat-trick at last year’s event came against the Netherlands in the first round of the competition as he picked up the wickets of Colin Ackermann, Ryan ten Doeschate, Scott Edwards and Roelof van der Merwe to complete an even rarer double hat-trick.