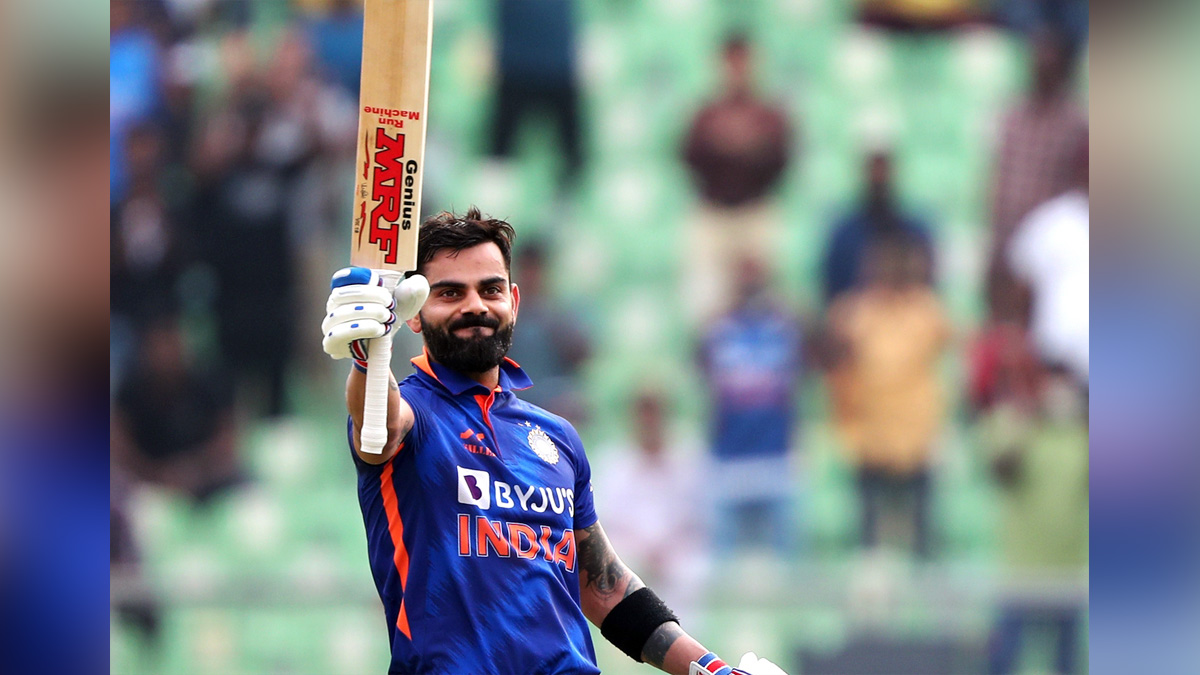 Dubai : Former India captain Virat Kohli and fast bowler Mohammad Siraj have been rewarded for their recent form by rising up the ICC Men’s ODI Player Rankings released on Wednesday.

As per the latest ODI rankings, Kohli jumped two places to fourth overall on the latest list for ODI batters while Siraj took a giant leap of 15 spots to sit third on the list for bowlers.

During India’s recent ODI series sweep, Kohli smashed two centuries while amassing a whopping 283 runs from three innings. The right-hander rose to a total of 750 points and getting closer to Pakistan skipper Babar Azam, who remained on top with 887 rating points.

Siraj, who took the giant stride in the bowlers list for ODI bowlers following his nine wickets for the series, improved to a career-best rating of 685 points to close in on pacesetters New Zealand’s Trent Boult (730) and Australian Josh Hazlewood (727).

Besides Kohli and Siraj, teammates Shubman Gill and Kuldeep Yadav were also well compensated for their performances against Sri Lanka. Gill hit a century and a fifty during the series and his 207 runs at an average of 69 helped the opener improve 10 spots to 26th overall on the rankings for ODI batters.

Kuldeep was rewarded for his five wickets from just two matches against Sri Lanka, with the left-armer jumping seven places to 21st on the latest bowler rankings. Players from Pakistan and New Zealand also moved up the rankings following the recent completion of their ODI series in Karachi.

New Zealand skipper Kane Williamson scored 164 runs during the series and moved up three places to eighth overall on the batter rankings, while teammate Devon Conway improved from outside the top 100 to 50th after a century and fifty throughout the three games.

Mohammad Nawaz was the big mover for Pakistan, with the left-arm spinner improving 12 spots to 28th on the list for bowlers after collecting six wickets during the series.