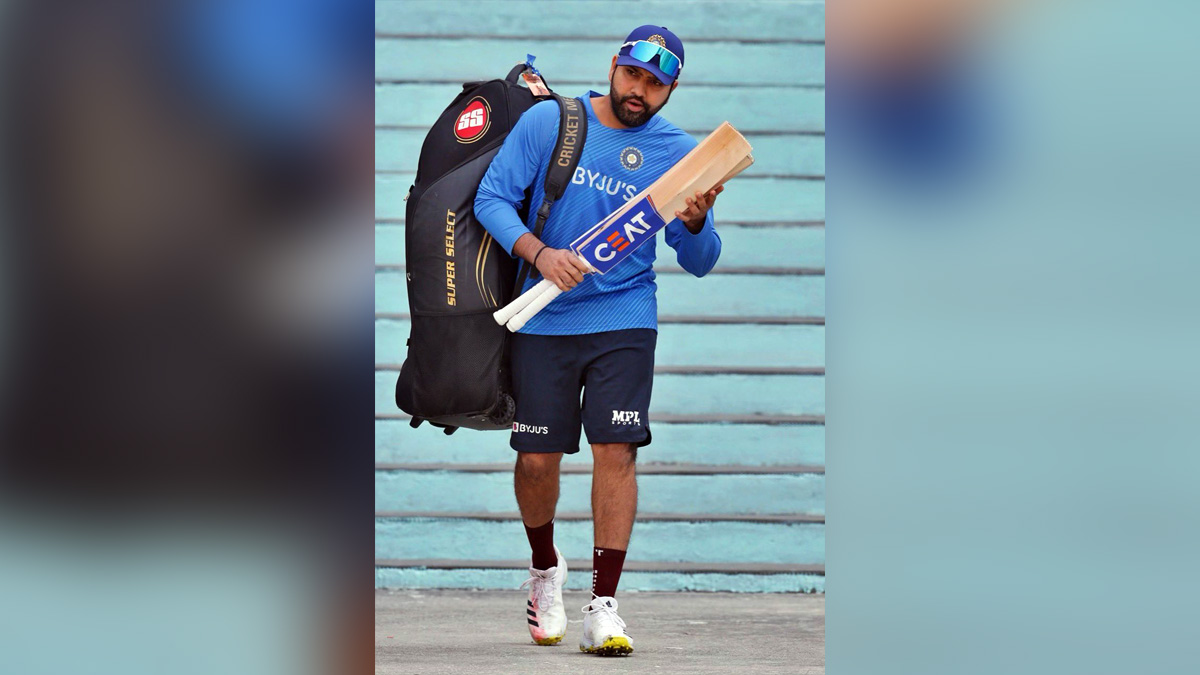 Will not sit on our laurels, says Rohit Sharma as he eyes World T20 glory

Nottingham : India skipper Rohit Sharma sounded a warning to rival teams ahead of the ICC T20 World Cup in Australia later this year that his side will not “sit on laurels” or be complacent in its bid for a second world title in the shortest format of the game.

India, after taking an unassailable 2-0 lead against England in the T20I series here, lost the third game at Trent Bridge on Sunday, but not before charismatic batter Suryakumar Yadav bludgeoned the host bowlers, smashing 117 off 55 deliveries at a strike rate touching 213.

But Suryakumar kept the scoreboard on fire, hitting 14 boundaries and six maximums as wickets kept tumbling at the other end. With Dinesh Karthik, Ravindra Jadeja and Harshal Patel all going cheaply, India failed to achieve the winning target, managing 198/9 in 20 overs.

“It was a fantastic chase, to show that fight is something we are really proud of. SKY (Suryakumar) loves this format, wide range of shots, unorthodox, never lets the tempo lose, grown as a player, going from strength to strength,” said Rohit Sharma.

“Certain plans we wanted to execute but those guys put us under pressure through the innings,” he added.Sharma, who missed the rescheduled fifth Test against England due to Covid, added a good stand in the middle overs would have kept India in the hunt.

“Partnership in the middle put us on the back foot, on a ground like that you back yourself but we came up short. We don’t want to be a team that sits on laurels,” he added, indicating the side’s commitment to winning the T20 World Cup.

Opposing team captain, Jos Buttler too praised Suryakumar’s pyrotechnics, saying, “Good fun, more like what we’re used to seeing with the bat. The wicket didn’t have some of the pace we sometimes here but it was an incredible knock from Yadav, one of the best hundreds I’ve seen.

Guys backed their yorker, a bit of lateral movement. Delighted for those guys. Mo (Moeen Ali) was really keen to bowl (the penultimate over), a selfless character and keen to go with him.”