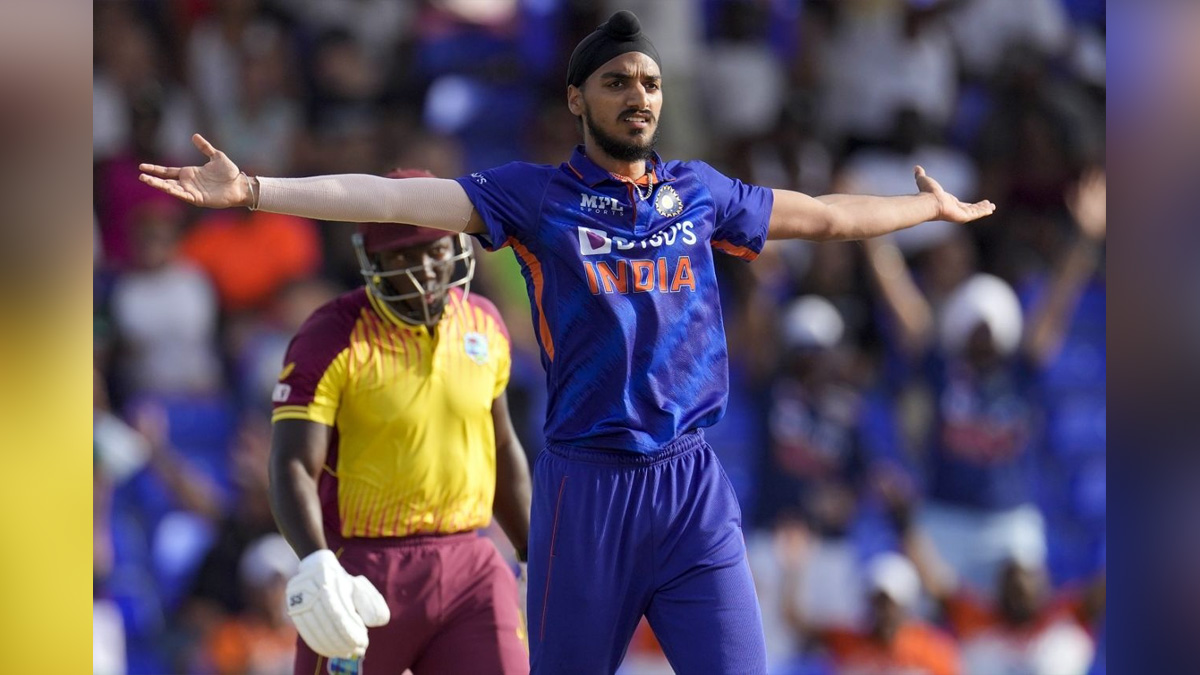 Dubai : The cricketing fraternity has come out strongly in support of India’s young left-arm pacer Arshdeep Singh over his dropped catch of Pakistan batter Asif Ali, who went on to apply the finishing touches for Pakistan in their successful chase of 182 in a thrilling Super Four match here.

In the third ball of the 18th over, when Pakistan needed 32 runs off 15 balls, Ali had slog-swept off leg-spinner Ravi Bishnoi. But he got a thick top-edge, which flew towards short third man.

Arshdeep, stationed there, put down the sitter as the ball went through his hands.If Arshdeep had taken the catch, Ali would have been out for a duck.Eventually, Arshdeep trapped Ali lbw in the final over with a pin-point yorker. But by then, he had made 16 runs off eight balls.

But with two needed off the last two balls, Pakistan won it as Iftikhar Ahmed got the needed runs with a drive down the ground.Even before the run was completed, Arshdeep had flicked out the bails at the non-striker’s end in disappointment.

His team-mates had run in to pat his back and console him after the match ended, where Arshdeep had figures of 1/27 in 3.5 overs.Unsurprisingly, he was viciously trolled on social media due to dropping Ali’s catch and it led many people in the cricketing world to tweet out in support of him.

“Stop criticising young @arshdeepsinghh No one drop the catch purposely..we are proud of our boys .. Pakistan played better.. shame on such people who r putting our own guys down by saying cheap things on this platform bout arsh and team.. Arsh is GOLD,” tweeted former India off-spinner Harbhajan Singh.

Opener Abhinav Mukund recalled on Twitter how he had felt after dropping Steve Smith on 37 at short-leg during the 2017 Pune Test. Smith went on to hit a match-winning century for Australia.

He asked fans to not be harsh on Arshdeep over his dropped catch.”After dropping steve smith in the pune test, i was absolutely inconsolable for hours alone in my room. I really hope @arshdeepsinghh doesnt feel that way.

He will be more gutted than anyone else in our country tonight. Lets cut him some slack!”Former India left-arm pacer Irfan Pathan tweeted, “Arshdeep is a strong character. Stay that way boy.”

“My request to all Indian team fans. In sports we make mistakes as we r human. Please don’t humiliate anyone on these mistakes @arshdeepsinghh,” tweeted former Pakistan all-rounder Mohammad Hafeez.

Arshdeep’s IPL side, Punjab Kings, also tweeted in support of him. “We are with you Arsh.”India’s next Super Four match in Asia Cup 2022 will be against Sri Lanka at Dubai on Tuesday.