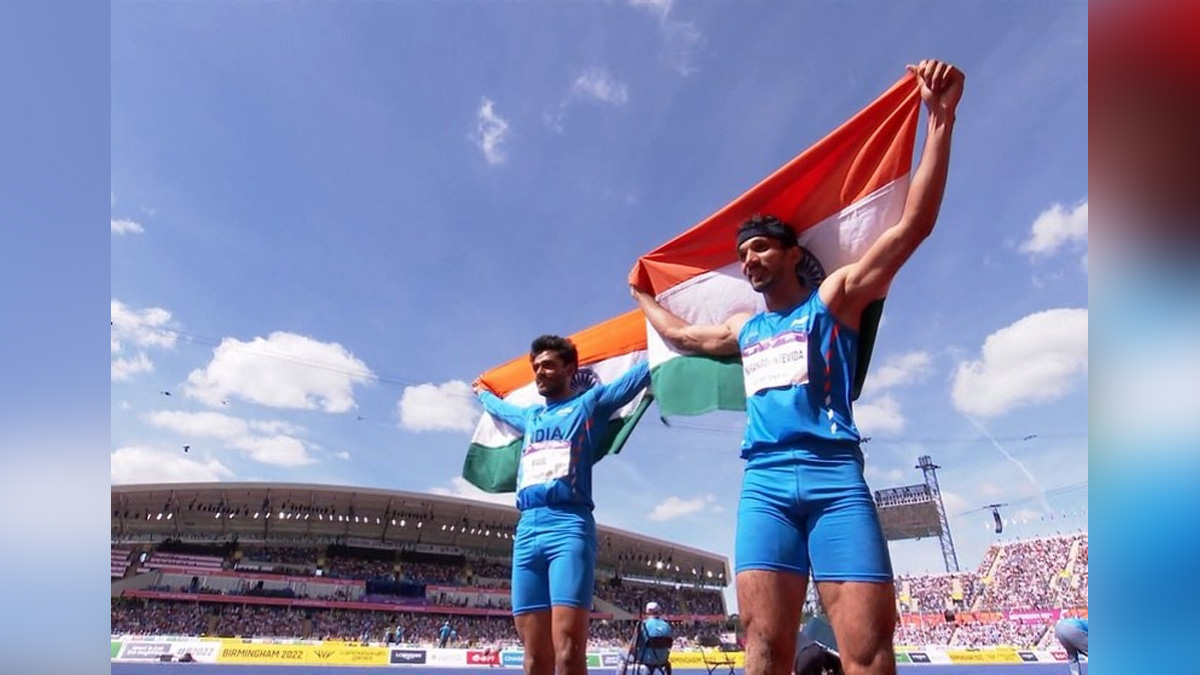 Eldhose, who last month became the first Indian triple jumper to make the world athletics championships final, recorded a new personal best of 17.03m to finish top in a 14-man field at Birmingham 2022.

His previous best was 16.99m logged at the Federation Cup earlier this year.With this, the 25-year-old Paul won India’s first gold medal in the triple jump at the Commonwealth Games.

On the other hand, Abdulla’s silver-winning leap measured 17.02m – just 0.17m off his personal best. Bermuda’s Jah-Nhai Perinchief clinched the bronze medal with 16.92m, denying the Indians a clean sweep.

Meanwhile, Praveen Chithravel, the third Indian in the fray, finished a commendable fourth, with a best of 16.89m.With Perinchief setting the benchmark with his 16.92m attempt in his first jump, Praveen Chithravel and Abdulla Aboobacker stayed on the Bermuda athlete’s coat-tails in second and third right from the beginning.

However, it was 26-year-old Eldhose Paul who leapt into the lead after the third attempt with a massive 17.03m attempt. Interestingly, Paul had made a slow start compared to his peers, with jumps of 14.62m and 16.30m in the first two rounds, respectively.

After the fourth round, Eldhose, Perinchief and Praveen occupied the top three positions with Abdulla Aboobacker in fourth. However, Abdulla produced an impressive 17.02m with his fifth attempt to climb to second place and pushed compatriot Praveen out of the top three.