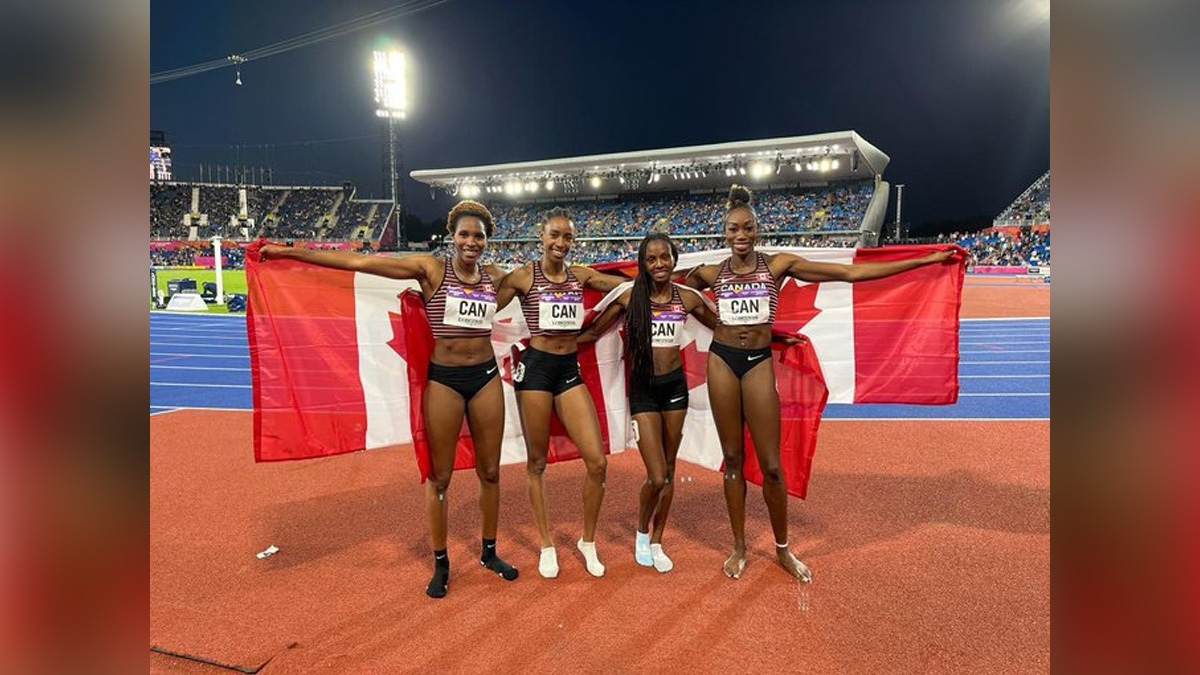 Birmingham : Canada won the gold medal in the women’s 4x400m relay at the Commonwealth Games 2022 after England were disqualified from the race under controversial circumstances.

England’s 4 x 400m women’s quartet including Jessie Knight, Ama Pipi, Jodie Williams and Victoria Ohuruogu disqualified due to a lane infringement.Team England Athletics did not appeal the DQ decision, after reviewing the footage they said that there was an acceptance that an appeal would have had no grounds.

The England team felt that they had clinched victory by one thousandth of a second ahead of Canada’s Constantine. However, to their dismay, the judges noticed that Williams’ foot had strayed over the lane on the first changeover with Ohuruogu.

Hence, they took the decision to disqualify England.Earlier England defended the men’s 4x100m title at the Commonwealth Games on Sunday while its women’s relay team finished second and bagged silver medal in the same event.