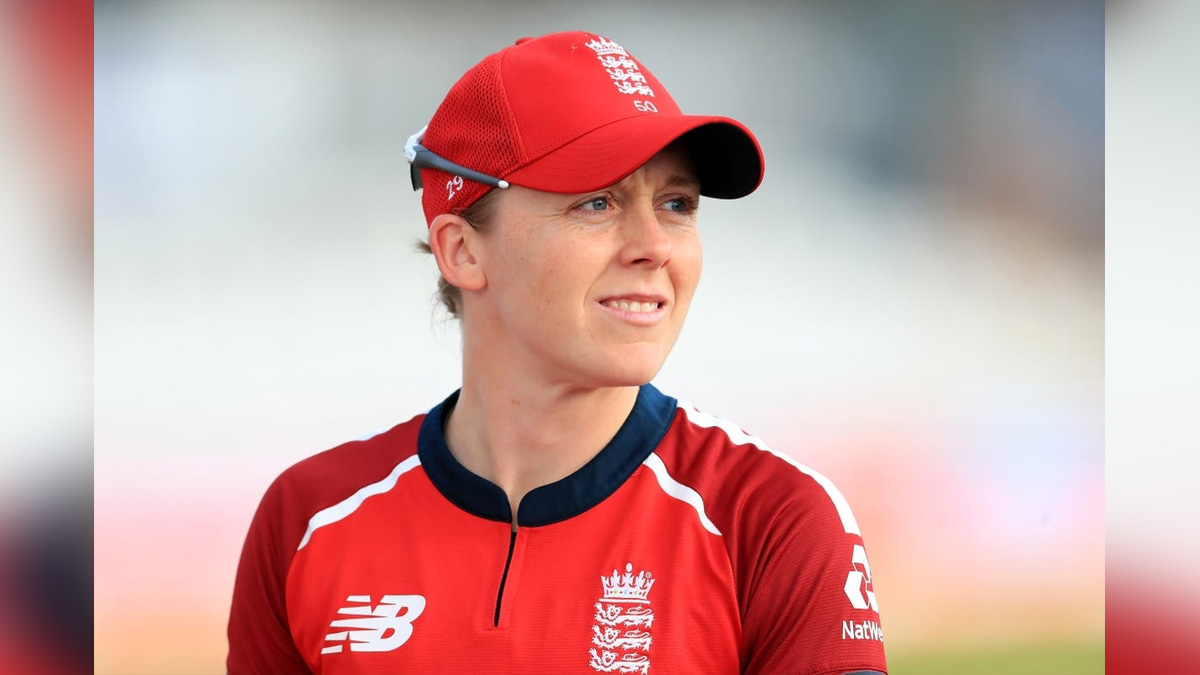 Birmingham : England captain Heather Knight will miss the side’s opening Group B match against Sri Lanka in the women’s T20 event of 2022 Commonwealth Games due to hip injury.Heather picked the injury during England’s first T20I win over South Africa on July 21.

As a result, she missed the next two matches which were won by England to take the series 3-0. It means that her deputy, all-rounder Nat Sciver, will captain England against Sri Lanka at Edgbaston on Saturday.

“The hip has taken a little bit longer to settle than first envisaged. Tuesday is now my goal, trying to be ready for then. I’ll try and support the girls the best I can for tomorrow. Nat is going to be great. She has obviously captained the last two games; the team will be in very good hands,” said Heather ahead of the match.

Heather is hopeful that she will be fit for England’s second Group B match against South Africa on Tuesday and won’t be ruled out of the quadrennial event. “I hope not. We’re going to have to wait and see. It’s one of those where it’s a little bit of a patience game.

I’m just trying to let the injections do their work and see where I am. I’m obviously disappointed for tomorrow, but I’m really hopeful I’m going to be back.

“With England winning three T20Is and prior to this, an ODI series against South Africa, Heather is confident that the side would take tons of confidence from their wins against the Proteas at home in the Commonwealth Games.

“The main thing is we take that same mindset into a big world event, we take what we’ve done so well and perform it under pressure. If you don’t start well in those sorts of events you can be under the pump so it’s so important that what we’ve done, we build on and we continue to have that mindset.

There’s still ways I think we can improve and I’d love to see us piece it all together in a big world event.”England’s squad for the Commonwealth Games features two 17-year-olds in all-rounder Alice Capsey and left-arm pacer Freya Kemp apart from 20-year-old quick pacer Issy Wong.

Heather signed off by saying that the young troika, who impressed in various matches during the series against South Africa, have brought an element of freshness and energy into the team.”It’s really exciting.The young girls have really added something to the squad.

They’ve added that energy, that rawness, that fearlessness and for us older girls it’s keeping us young and keeping us excited.””I’m loving being part of the early stage of their careers and trying to help as much as I can and just let them loose and give them the confidence to do what they do and show off.

I think we’ve got that nice combination of excited youth and hopefully a few wise old heads as well.”