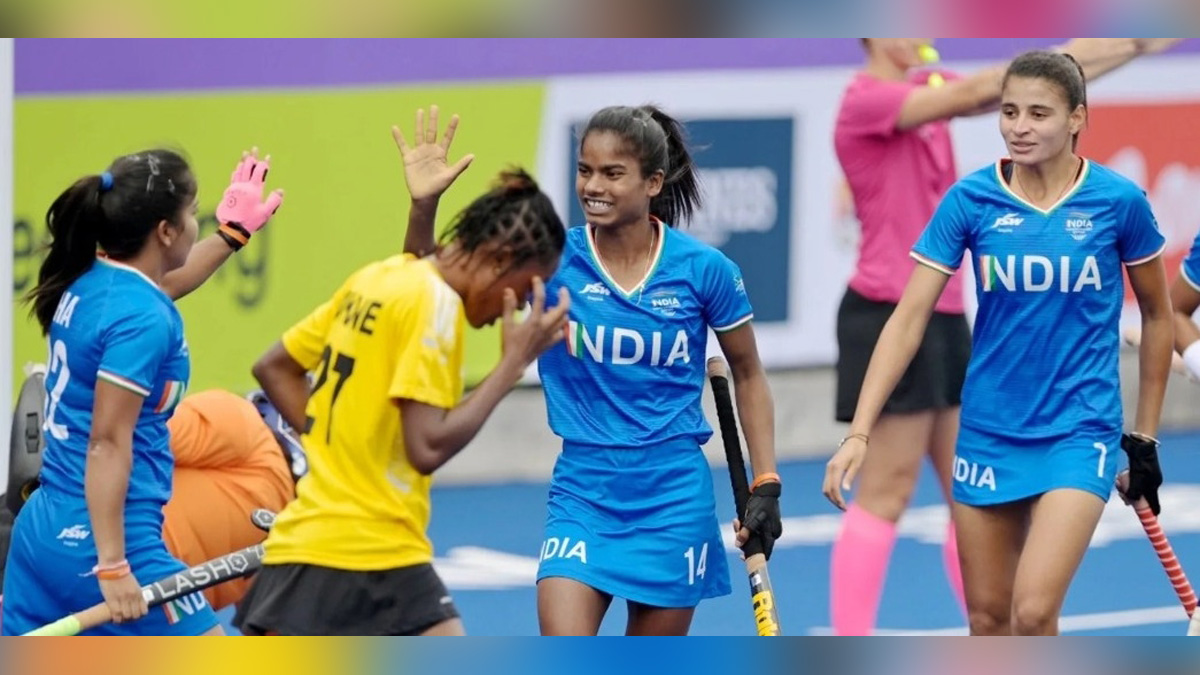 Birmingham : Drag flicker Gurjit Kaur struck a brace as the Indian women’s team started its campaign in the 2022 Commonwealth Games here with a comprehensive 5-0 win against minnows Ghana in a Pool A encounter here on Friday.

The Indian team, seeking to redeem themselves following a below-par performance in the FIH Women’s World Cup in Netherlands and Spain earlier this month, made a tentative start, scoring a goal each in the first two quarters before slamming two goals in the third and finally wrapping things up with a goal in the fourth quarter.

Gurjit Kaur opened the scoring for India in the third minute when she slammed home a drag flick off a penalty corner to make ti 1-0 for India. Forward Neha made it 2-0 with a field goal in the 28th minute; Sangita Kumari made it 3-0 in the 36th minute before Gurjit converted a penalty stroke to make it 4-0 for India.

Youngster Salima Tete scored the fifth goal for India four minutes from the final hooter.The Indians dominated possession (52-48), though Ghana did well in the second half and almost came close to scoring a goal.

The Indians were very aggressive and made 45 attacking circle penetrations but did not take enough shots at the goal. They also missed a number of chances.

Between themselves, Gurjit Kaur and Deep Grace Ekka failed to score on nine penalty corners their efforts either saved by the Ghana goalkeeper or a defender.

Attackers Monika, Neha, Vandana Karariya, Navneet Kaur and Sangita Kumari had multiple shots at goal saved by the Ghana defensive unit.Overall it was satisfying for the Indians to get the full three points from the match but their old problems of failing to capitalise on chances continued.

That malaise resulted in their World Cup campaign ending up being a nightmare.If they don’t address this issue before they play tougher opponents, the Birmingham Commonwealth Games may also not end on a comfortable note for Janneke Schopman’s team.