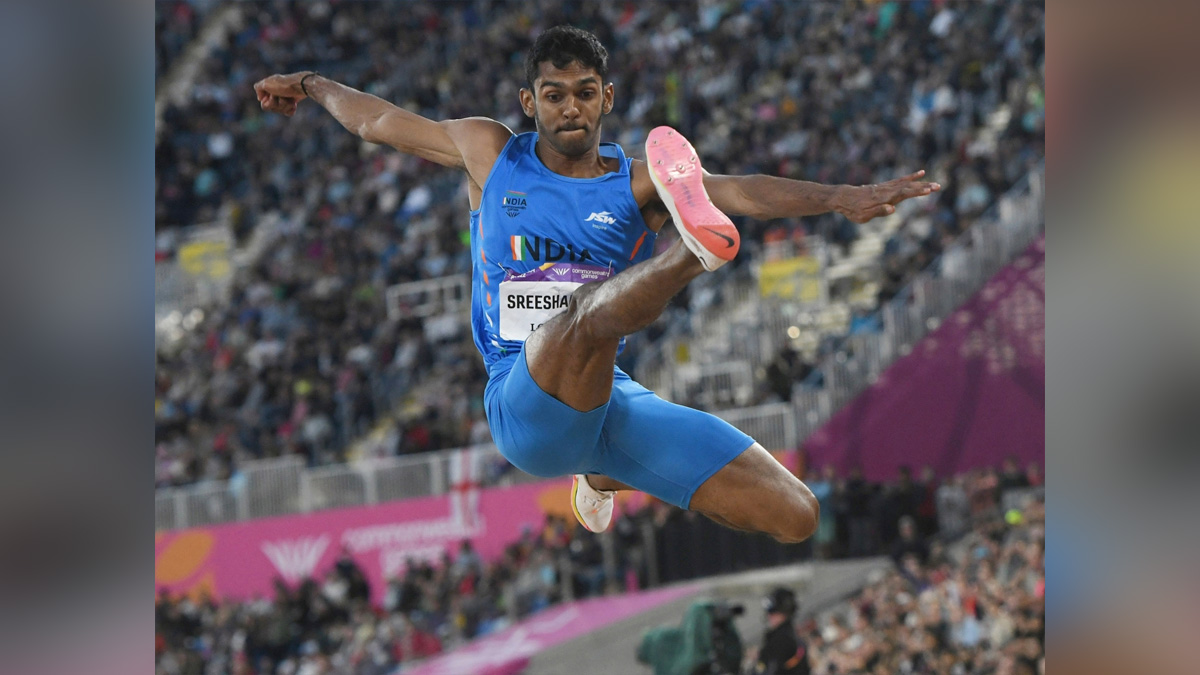 Birmingham : India’s Murali Sreeshankar won silver medal in the men’s long jump competition at the Commonwealth Games at the Alexander Stadium here on Thursday.This is India’s second medal in athletics at Birmingham 2022 after Tejaswin Shankar won bronze in the high jump on Wednesday.

This medal takes to 19 India’s total medal count at this Commonwealth Games 5 gold, 7 silver and 7 silver.Sreeshankar came up with a superb jump on his fifth attempt as he kept to 8.08 metres to leapfrog from seventh to second.

The athlete from Palakkad, Kerala tied for the top spot at 8.08 metres but Laquan Nairn of Bahama took the gold medal as he had a better second jump of 7.94 as compared to 7.84 metres by Sreeshankar, who had endured a very disappointing outing at Tokyo Olympics.

South Africa’s Jovan van Vuuren got the bronze medal with a best effort of 8.06 metres.This is India’s first silver medal in men’s long jump at the Commonwealth Games and second medal in this discipline after Suresh Babu won bronze in Edmonton, Canada in 1978.

The last Indian to win a long jump medal at the Commonwealth Games was Anju Bobby George who won the women’s long jump bronze medal in 2002.Muhammad Anees Yahiya, the other Indian in the men’s long jump final finished fifth with a best effort of 7.97 metres.