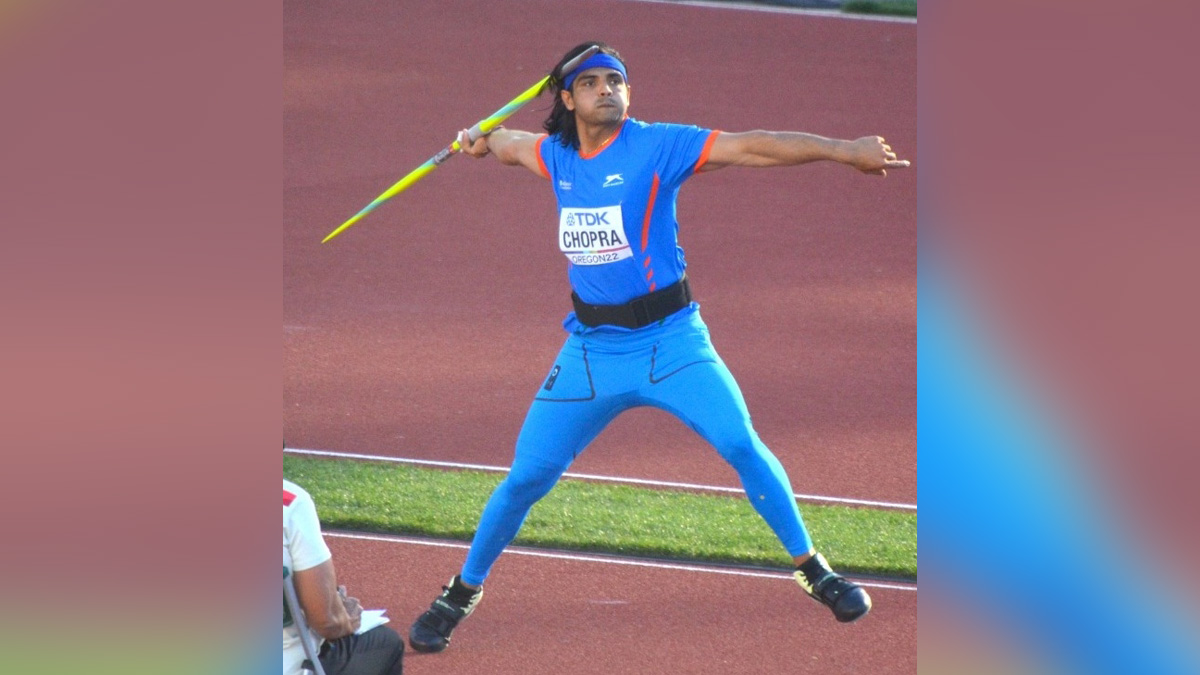 New Delhi : Ace India javelin thrower Neeraj Chopra has said he is hurt about not being able to defend his Commonwealth Games gold, adding he is especially disappointed about losing out on the opportunity to be India’s flag-bearer at the opening ceremony in Birmingham on July 28.

Chopra, fresh from his silver medal-winning performance at the World Athletics Championships in Eugene (US), was ruled of the Birmingham Games on Tuesday due to a groin injury.

In a heartfelt message on social media, Chopra said, “I’m extremely disappointed to inform you all that I will not be able to represent the country at the Commonwealth Games in Birmingham.

I had been feeling uncomfortable after the pull I felt in my groin during my fourth throw at the World Championships.”On having it investigated medically yesterday (Tuesday) by a group of doctors here in the US, a minor strain was discovered and I have been advised to undergo rehabilitation and give it rest for the next few weeks ,” wrote Chopra in his message on twitter.

Chopra had complained after the historic World Championship silver at Eugene that he felt something in his groin during competition which did not make him feel good. The 24-year-old added that, keeping in mind his long-term goals, it would be best for him to skip CWG.

“I have discussed this with my support team and the IOA (Indian Olympic Association), AFI (Athletic Federation of India) and SAI’s CAIMS, and we’ve collectively decided that keeping my long-term goals in mind, it would be best for me to skip the CWG in order to avoid risking any further aggravation of the injury.

“Needless to say, I am hurt about not being able to defend my title and missing out on another opportunity to represent the nation. I am especial y disappointed about losing out on the opportunity to be Team India’s flag-bearer at the opening ceremony, an honour I was looking forward to having in a few days’ time.

“For now, I will focus on my rehabilitation and hope to be back in action very soon. I would like to thank the entire country for all the love and support I’ve received over the past few days, and urge you all to join me in cheering on my fellow Team India athletes in Birmingham over the coming weeks,” he added.