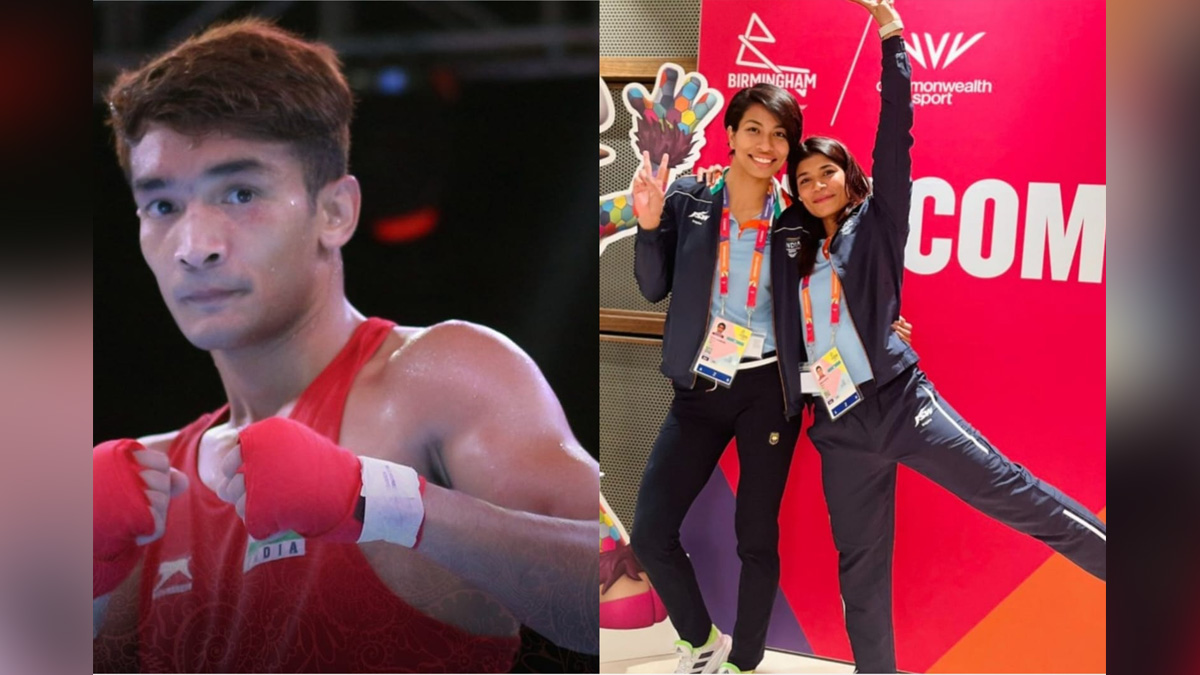 Birmingham : Seasoned boxer Shiva Thapa, a bronze medallist in the 2015 World Championships in Doha, will start India’s campaign in the Commonwealth Games boxing competition at Birmingham on Friday, as the Indians step into the ring hoping to retain the second position in the boxing standings they grabbed four years ago.

Tokyo Olympic Games bronze medallist Lovlina Borgohain will set the ball rolling for the women’s team on July 30 with reigning World Champion Nikhat Zareen taking to the ring the next day.

Both have got an easy opening bout with Lovlina starting against New Zealand’s Ariane Nicholson in the middleweight (66-70kg weight class but runs into the dangerous Rosie Eccles of Wales, silver medallist at Gold Coast in 2018, in the quarterfinals.

The Wales boxer is quite experienced and has won a silver medal in the 2016 European Championships and bronze in the 2019 edition.Nikhat will start her campaign against Helena Ismael Bagao of Mozambique in women’s light flyweight category on Sunday and then faces another little-known opponent in Helen Jones of Wales in the last-eight stage.

In the Gold Coast Commonwealth Games in 2018, India were placed second with 9 medals (3-3-3) behind England, who too had nine medals but six of them were gold. Hosts Australia had finished third with eight medals (3-2-3).

India have fielded a strong 12-member team with eight men and will be hoping for another rich haul.Shiva Thapa will take on Pakistan’s Suleman Baloch in a Round of 32 match light welterweight (over 60kg) bout.

Hassamuddin Mohammed and Sanjeet will be taking to the ring on the second day of competition in their respective first-round matches and are expected to advance to the next stage.

In women’s lightweight (57-60kg), India’s Jaismine, who got a bye in the first round, faces a tricky quarterfinal against Troy Garton of New Zealand, the bronze medallist in this weight class in Gold Coast.

With only eight competitors in the women’s 45kg class, India’s Nitu will open against Nicole Clyde of Northern Ireland in the quarterfinals on August 3 and a win will ensure her a medal. But it could be a tricky clash for the Indian pugilist.

Other Indian boxers too have got easy draws with Asian Games gold medallist Amit Pangal launching his campaign against Namri Berri of Vanuatu in the flyweight (48.5-51 kg) division on August 1.

Hussamuddin, who won bronze in the 2018 Games, will take on Amzolele Dyeyi of South Africa in his first bout in the featherweight (54-5kg) division on July 30.

In the men’s light heavyweight (75+ kg) division, Ashish Kumar faces Travis Tapatuetoa of Niue after getting a bye in the first round.