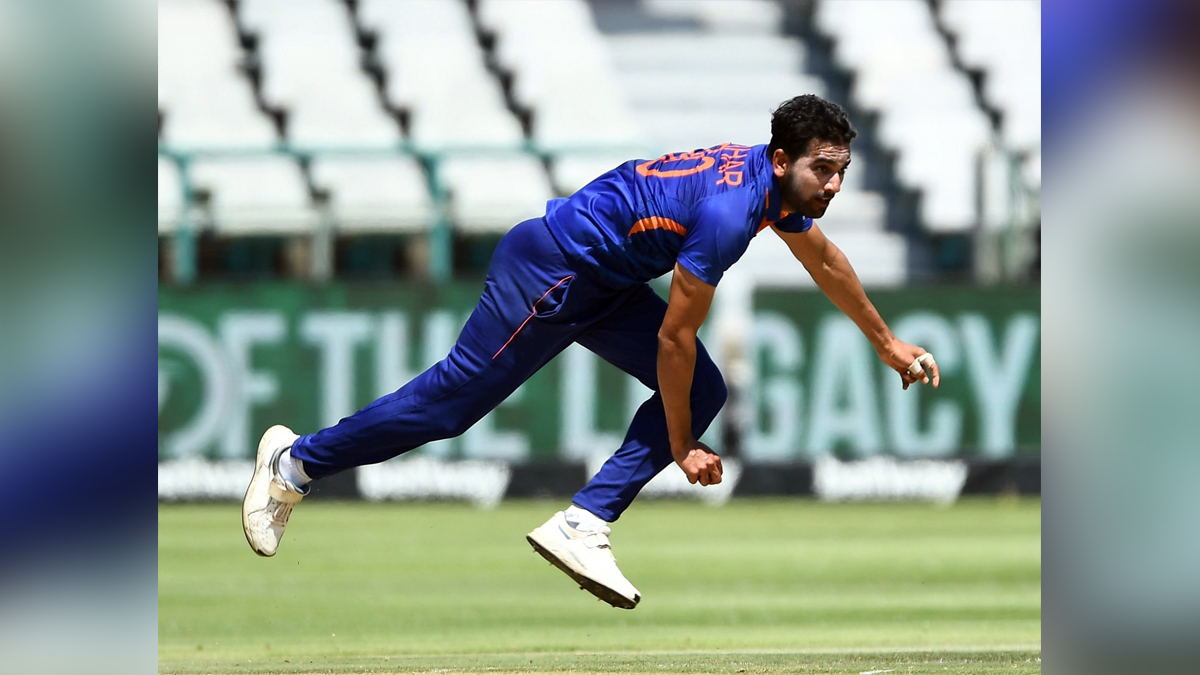 New Delhi : Legendary India batter Sunil Gavaskar feels that including pacer Deepak Chahar will be beneficial for the Rohit Sharma-led side in the Men’s T20 World Cup to be held in Australia in October-November.

Chahar, who had recently returned from a long injury layoff in the ODI tour of Zimbabwe in August, was named as fellow fast bowler Avesh Khan’s replacement ahead of India’s final match in Super Four stage of 2022 Asia Cup, going wicketless for 28 runs in his four overs.

Chahar featured in two of India’s three matches on tour of Zimbabwe, picking five wickets, including 3/27 in his comeback match at Harare. He was named as one of the standbys in the squad and had travelled to Dubai with the Indian team for the tournament, where he was seen putting the hard yards in practice sessions.

“I would say Deepak Chahar. He is the one I would certainly look at because it will be Australia and there will be extra bounce. And with the kind of movement that he generates with the new ball.”

“He is somebody who’s got to factor in if you know we’ve always picked about 4-5 bowlers for the Australia or South Africa tour and one if them gets wasted. But in a fast-paced tournament like the T20 I think to go with Deepak Chahar would be beneficial for the Indian team,” said Gavaskar on India Today.

“He (Bhuvneshwar) will bowl three in the top six and then one in the middle or towards the death. But I feel so that we will have Harshal and Bumrah predominantly bowling in the death. And he will play maybe to the tail end or just before the death overs he will bowl that one over or in case you want a wicket in the middle overs.”

“So, I think that’s how they’re going to use him. I think they will go with five fast bowlers anyways and I think Arshdeep and Deepak Chahar will be the other two outside of Bumrah, Bhuvi and Harshal. And Hardik plays as the sixth fast bowler,” said Uthappa on ESPNCricinfo’s T20 Timeout show.

Australia was originally scheduled to host the men’s T20 World Cup in 2020, before it was postponed due to Covid-19 and re-scheduled to be held on October 16 to November 13 this year, with the final to be played at the Melbourne Cricket Ground.