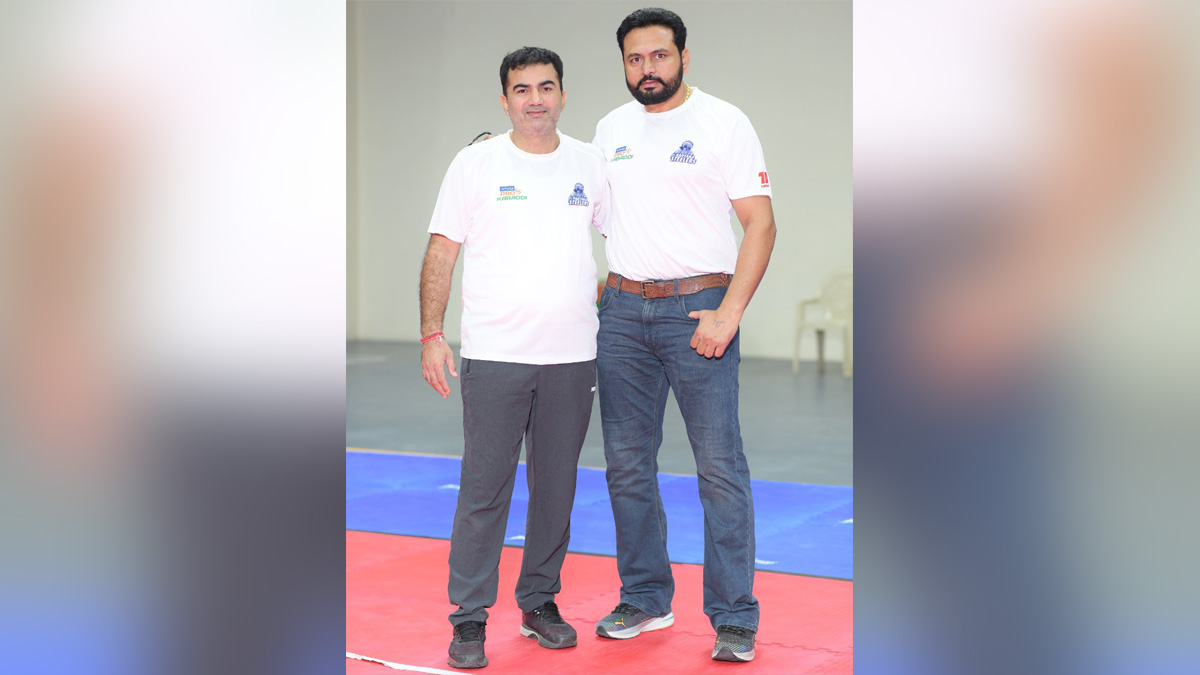 Mumbai : With the Mega Auctions for the Pro Kabaddi League Season 9 fast approaching and set to take place in Mumbai between August 5 and 6, Haryana Steelers have announced the five players that they have retained for the upcoming season.

In an announcement first made on Haryana Steelers’ official social media handles, the franchise announced that the star defensive duo Jaideep Dahiya and Mohit Nandal have been retained.

Apart from the two defenders, the Steelers also retained star raiders Meetu Sharma and Vinay Tewatia, who made a mark last season with their consistent performances.Youngster Ankit Dhull (defender), who joined midway during Season 8, has also been retained by Steelers for the upcoming season.

Dahiya earned 66 points in 22 games and was fourth in the list of highest-scoring defenders of the season while Nandal was one of the key players for the Steelers in the previous edition of Pro Kabaddi League, earning a total of 42 tackle points in 22 games.

The duo played an important role in defense for the Steelers last season.”We have set up plans for the upcoming season and have strategically retained players accordingly. At the auction, we will be looking to plug the gaps that we have on our team.

It is important to look for a balanced team ahead of the season, with a blend of youngsters and experienced players, and that is our aim,” said newly-appointed Haryana Steelers Head Coach Manpreet Singh.

Meanwhile, Meetu earned a total of 75 raid points in 16 matches last season, while Vinay was also an integral member of Haryana Steelers’ raiding department, earning a total of 51 points in 15 matches. The duo will hope to replicate their performances in the upcoming season, contributing towards the team’s success.

Meanwhile, young defender Ankit, who only featured in four games last season, is also expected to play an important role this season.”In Manpreet (Singh) and Neer (Gulia), we have among the most experienced coaches in the Pro Kabaddi League and their understanding of the sport and the players will be very important for us at the table.

Having retained players who are a part of our playing 7 gives us good flexibility going into the auctions, and we’re keen on finding players who will add to our vision,” said Divyanshu Singh, CEO of Haryana Steelers.