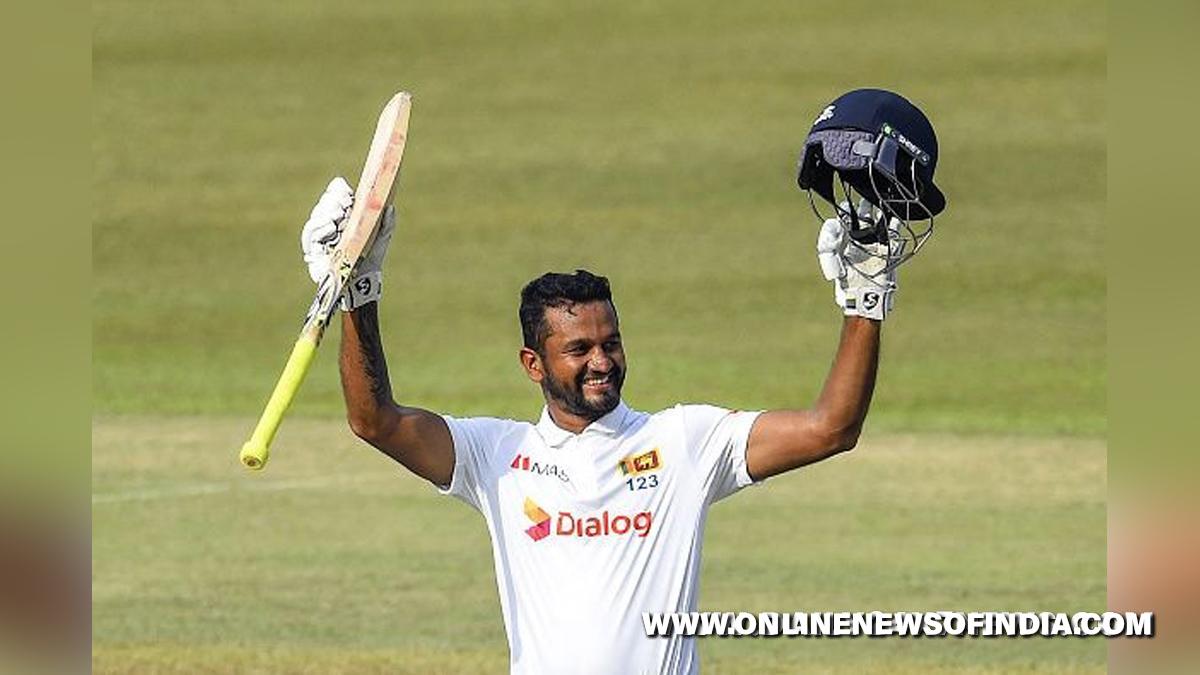 Galle : An unbeaten hundred by captain Dimuth Karunaratne and his century opening stand with Pathum Nissanka put Sri Lanka in the driver’s seat on the opening day of the first Test against the West Indies at the Galle International Stadium here.Sri Lanka finished the opening day with 267 for three on the board with Karunaratne going strong on 132 and Dhananjaya de Silva building on 56 before umpires called stumps after 88 overs of play. Roston Chase proved to be the pick of the bowlers, snaring two wickets for 42 runs.Karunaratne won the toss and elected to bat, and was joined by Pathum Nissanka to open the innings. Unable to make an early breakthrough, the West Indies turned to the off-spin of Rahkeem Cornwall, who kept things tight against the right/left combination.Nissanka, who impressed at the T20 World Cup with his aggressive style, made a seamless transition back to red-ball action, comfortable in nullifying the opposition’s new ball threat. The Sri Lanka openers’ start had West Indies on the backfoot, going wicketless in the first session with Karunaratne on 32* and Nissanka on 25*.West Indies got their opportunity after lunch. Shanon Gabriel pitched the ball wide and full, and Nissanka took the bait — edging to Rahkeem Cornwall at first slip — after a well-made 140-ball 56.

The Sri Lanka captain was joined by Oshada Fernando in the middle. Karunaratne continued to punish the wayward bowling from West Indies at a faster rate. The skipper got to his half-century and inched towards the three-figure mark before the third session. The hosts added 102 runs to their score before tea in the second session, taking them to 163/1.However, the story changed at the start of the final session. Roston Chase worked his magic to get the wicket of Oshada Fernando with the help of Nkrumah Bonner who caught a brilliant catch at short leg. In tandem, Jason Holder contained the batters with four maidens back-to-back and as pressure mounted, Angelo Mathews holed out in the deep off Chase’s bowling.Despite a period of regular wickets slowing down the scoring, Karunaratne then partnered with Dhananjaya de Silva to restore control.Karunaratne continued on his rich vein of form and smashed his third consecutive Test hundred in three matches. Dhananjaya too joined the party with a half-century to restrict any further damage before the end of the play.
Brief scores:
Sri Lanka 267/3 in 88 overs (Dimuth Karunaratne batting 132, Pathum Nissanka 56, Dhananjaya de Silva batting 56; Roston Chase 2/42).