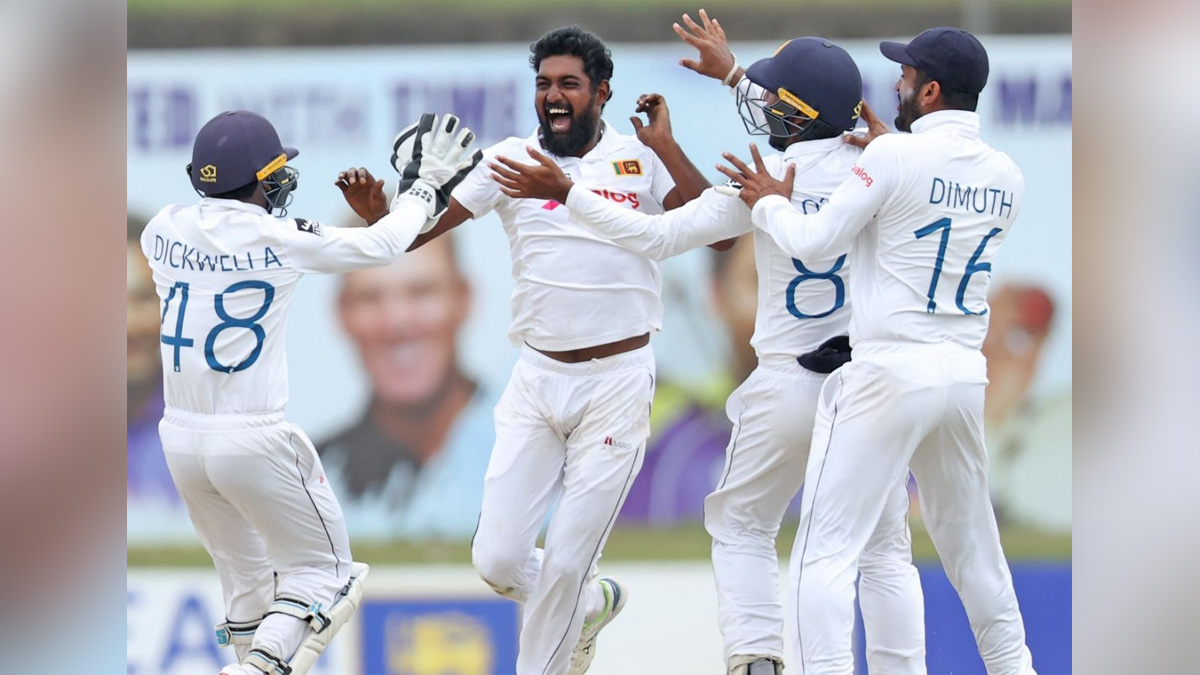 Galle : Dinesh Chandimal slammed an unbeaten double century, his best knock in Test cricket while debutant Prabath Jayasuriya scalped another six-wicket haul in the second innings to guide Sri Lanka to a famous victory over Australia, by an innings and 39 runs, in the second Test at Galle to level the two-match series 1-1.

After Chandimal’s unbeaten 206 took Sri Lanka to 554 in the first innings, Jayasuriya followed up his first-innings figures of 6-118 with 6-59 in the second to grab 12 wickets on debut and cause Australia to collapse to an innings defeat after losing nine wickets in the final session on day four.

Australia’s disappointing batting display in the second innings will again raise question marks about their ability to bat against the turning ball, especially with a crucial Test series against India coming up next year.

Resuming with an overnight lead of 67, Chandimal and Ramesh Mendis (29) went about their business in the first hour by frustrating the visitors. Chandimal was looking rock-solid while Mendis chipped with some valuable runs before their 68-run stand was broken by Mitchell Starc trapping the latter lbw.

Maheesh Theekshana would also perish for 10 before lunch. But after that, Chandimal went on the attack, smashing the Australian bowlers around and edging closer to a double century.

He reached the milestone by hitting Starc for back-to-back sixes, as the Sri Lankan dressing room and fans around the stadium erupted in applause. Chandimal also became the first Sri Lankan to score a double century against Australia in Test cricket.

After that, it was a Jayasuriya show all the way. He had Usman Khawaja caught at short leg and then trapped Steve Smith lbw for a duck in the same over to trigger the Australian collapse.

Travis Head was beaten all ends up by a ripping off-break from Ramesh before Jayasuriya struck thrice in the space of eleven balls. Marnus Labuschagne missed a sweep to be trapped lbw, Cameron Green was stumped while Mitchell Starc edged to slip.