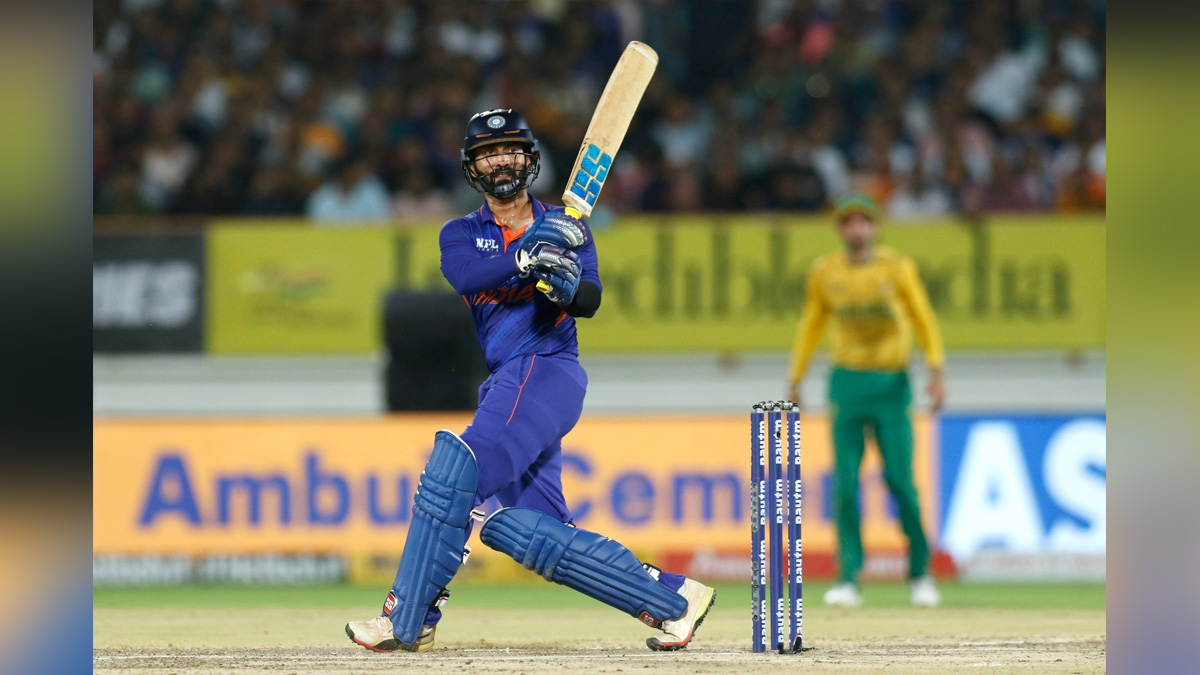 New Delhi : Krishnamachari Srikkanth, the former India captain and ex-chairman of the selection committee, feels that although Dinesh Karthik is a fine finisher, but he sees middle-order batter Suryakumar Yadav as an actual finisher in the Indian team.

Since his comeback to the Indian team for the series against South Africa in June, Karthik has stepped up to be the specialist finisher, a high-risk role where consistency levels are very hard to maintain.

A 27-ball 55 on a tough pitch against South Africa at Rajkot and an unbeaten 19-ball 41 on a tricky pitch against West Indies at Trinidad have been some examples of Karthik’s finishing role benefitting India in recent times.

In contrast, Suryakumar has been batting in middle-order, making a fine 117 against England at Nottingham and more recently, opening the batting in West Indies, with a 44-ball 76 on a tricky pitch at St Kitts being the standout.

“What do you mean by a finisher? In my book, the finisher is the guy who can take the batting from the 8th or 12th over and go on till the 20th over, and win the match for India.

“I would like to term Dinesh Karthik, he definitely finds a place in my team too. I would call Dinesh Karthik a fine finisher but actual finishers are guys like Suryakumar Yadav.

Talking about India’s squad for 2022 Asia Cup, Kiran More, former India wicketkeeper and former chairman of the selection committee, still thinks that the squad selected for the tournament in the UAE, starting from August 27, will not be the same squad going for Men’s T20 World Cup in Australia in October-November.

“Yes, definitely. The way Hardik Pandya has got back in form, bowling to 140-147 km. When the captain gets such a player in the team who can bowl 4 overs and take wickets as well as gets runs for the team and a finisher as well, such players are needed in the team.

But I want to say that this team that has been announced (for the Asia Cup) will not be the same team for the T20 World Cup.”Asked about the same, More opined that pacer Mohammed Shami will be picked for the mega event.

Shami hasn’t played a T20I for India since they crashed out of Super 10 stage of the Men’s T20 World Cup in the UAE last year. “Mohammed Shami will definitely be there in the Indian team.

“The process Rahul Dravid works is the way he is handling the team. In case of back-up if any good bowler is down with injury, then Avesh Khan would fill in his place in Australia because you don’t know when you could get injured especially the fast bowlers.

Bumrah is currently injured right now, so I think Mohammed Shami or Bumrah will definitely go to Australia for the World Cup.”

Wouldn’t be surprised if we see Hardik Pandya leading the T20 team in future : Scott Styris