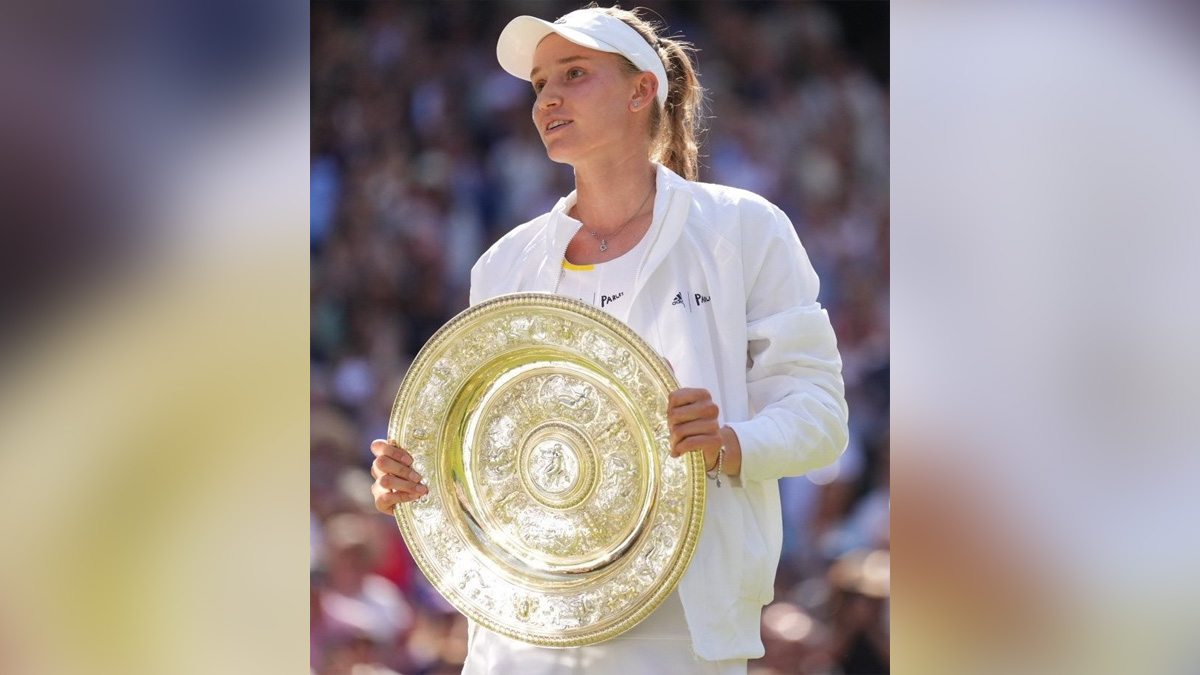 Don’t feel like a Wimbledon champion : Elena Rybakina hits out at treatment

New York : Elena Rybakina has criticised her treatment since winning Wimbledon and claimed she does not feel like a grand slam champion.The 23-year-old defeated Tunisia’s Ons Jabeur to win her first slam title at the All England Club last month but the lack of ranking points a response by the WTA to Wimbledon’s ban on Russian and Belarusian players means she is still ranked outside the top 20, reports DPA.

At a press conference on Friday ahead of the US Open, Rybakina said, “Of course, everything was new for me after Wimbledon. Now, looking back for these few weeks, I played already tournaments, I would say it was a great achievement for me.

I’m super proud of my team, of course. Experience-wise, I would say it was not the greatest.”I think this is the problem of the structure of the tour. Honestly, a bit weak leadership because we have so many things going on.

It was my dream to win Wimbledon. It’s pity. I feel like actually I’m not the Wimbledon champion.”You can be number one and everything is great but, at the end of the day, you’re just forgetting where you’re coming from and how tough it is actually to get to where you are.

“Since I didn’t get this feeling to be number two, because it’s still different treatment when you are top 10 or top 20.”In one tournament I go and play against the greatest champion, (Garbine) Muguruza, and we play on court four.

I don’t think that this is fair.”I’m not surprised that in the end of the day we had many examples when a player is actually young and they did amazing results but in the end decides to quit tennis. I think that something should be improved.

This is something we have to talk more about.”Rybakina, who will open her campaign in New York against a qualifier, has won four of her seven matches since Wimbledon, reaching the quarterfinals in Cincinnati.

She is determined to use the situation as extra drive to try to claim a second slam title, saying, “Of course, it’s not nice. But in the end I know the goal is to win. It gives more motivation, keep on winning.”