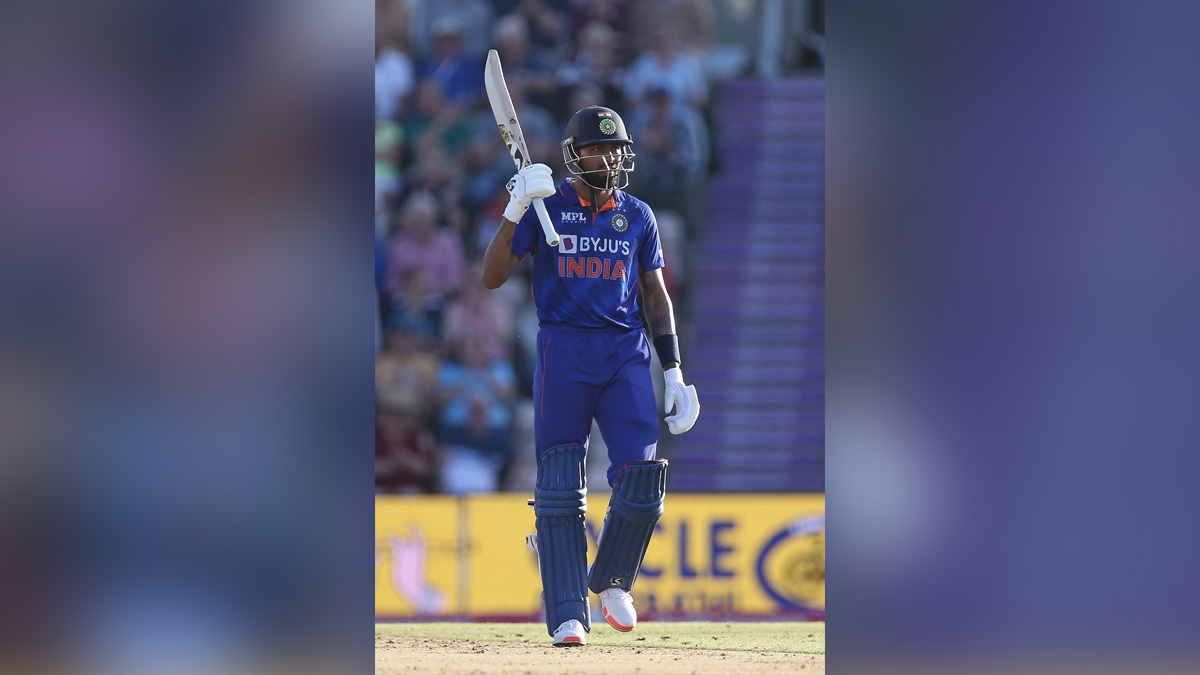 Don’t like to be challenged; get extra motivated when batters try to hit my short-pitched deliveries : Hardik Pandya

Manchester : India all-rounder Hardik Pandya has revealed he gets extra motivated when batters try to his short-pitched deliveries, and added that he doesn’t mind being hit for a six as long as he gets a wicket.

Pandya, who emerged ‘Player of the Series’ and missed the ‘Player of the Match’ award to Rishabh Pant, returned superb bowling figures of 4/24 in his seven overs as England were dismissed for 259 in 45.5 overs.

He also said the win had given India a reality check on their preparations for the ICC T20 World Cup in Australia later this year and the ODI World Cup in India next year.”White ball is something very close to me,” said Pandya.

“I cherish my white-ball game. We all know England are such a good team. For us it was important to check ourselves out with our plans and the World Cup ahead.

(It) Was an ideal chance for us to step up and show what we have,” said the all-rounder, who also smashed a 55-ball 71 in the chase to guide India to a five-wicket win and also help it clinch the series 2-1 against Jos Buttler’s side.

Pandya said that while England did well to recover from the early loss of two wickets and looked on course for a much bigger total than what they finally achieved, he kept bowling dot balls, which earned him success.

“It was important for me to come in and stop the runs and bowl as many dots. We took two wickets early but they recovered well and were cruising. I love short balls. I don’t fancy people taking me on, it always gets me into the game.

I don’t mind getting hit for six sixes as long as I take wickets.”Pandya also praised Rishabh Pant, who came up with a magical batting display when India were down three wickets in no time, with Rohti Sharma, Shikhar Dhawan and Virat Kohli back in the dressing room.

Pant’s 113-ball unbeaten 125 and his partnership with Pandya finally laid the foundation for the big win.”We know his (Pant’s) talent. Today he played the situation. Our partnership changed the game and the way he finished the game was special,” added Pandya.