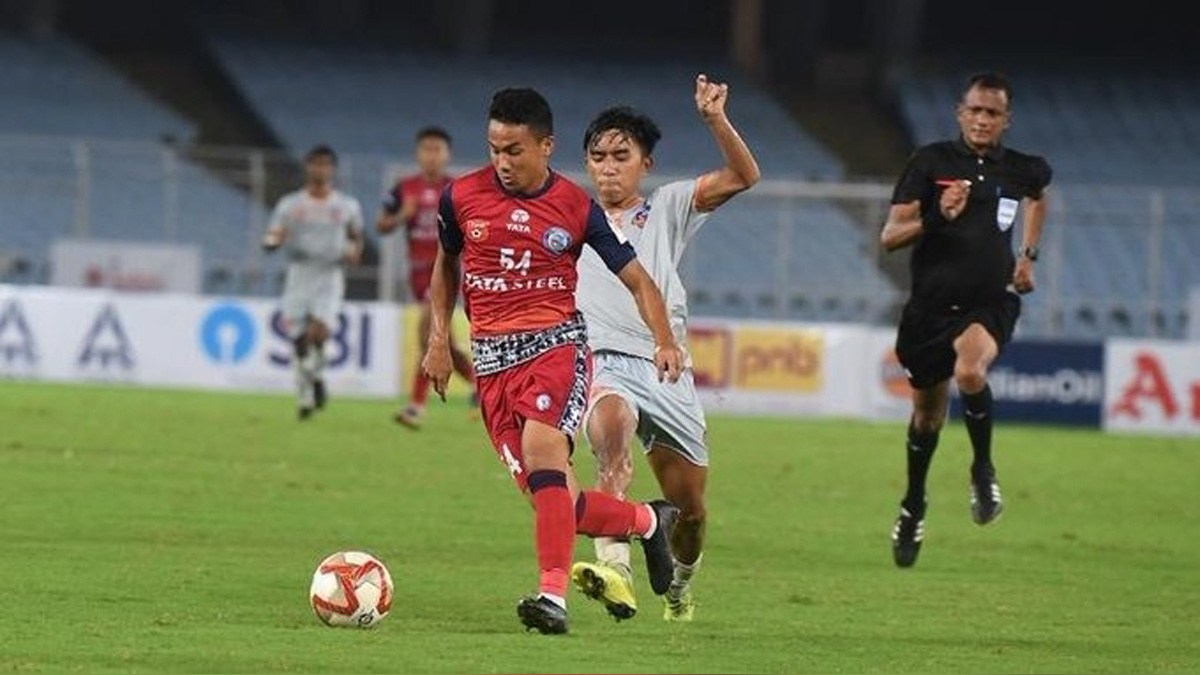 Kolkata : Jamshedpur FC needed a late goal to claim the first win of their Durand Cup 2022 campaign as they edged FC Goa 1-0 at the Salt Lake stadium, here on Friday. Tapan Halder (84′) scored the only goal of the game as the Red Miners kept their campaign alive.

Carlos Santamarina’s team started well and created the first opening in the 20th minute when Ruatmawia forced FC Goa goalkeeper Hrithik Tiwari into a save.Keisan Angelo Singh then went close for Jamshedpur FC five minutes from the interval with a powerful drive from distance.

The Red Miners though couldn’t make their dominance count as the two teams were locked at 0-0 at the break.Jamshedpur FC continued to push for the goal in the second half and were presented with a golden chance to break the deadlock when they won a penalty.

However, Tiwari saved from Vinil Poojary from the spot to keep the game level at 0-0 with little over a quarter of an hour to play.Minutes later, Phrangki Buam got a golden chance to put FC Goa in front but his shot was straight at the goalkeeper.

Jamshedpur FC then punished FC Goa for that miss as Halder kept his composure in front of the goal to break the deadlock six minutes from time.FC Goa pushed for an equaliser but Jamshedpur FC held on to pick up their first win of the Durand Cup 2022 and make Group A very interesting.

FC Goa take on Bengaluru FC in their final group game on Tuesday and have to win to have any chance of progressing. As for Jamshedpur FC, they face a must-win situation as well when they take on Indian Air Force FT a day later.

Asia Cup 2022: K.L Rahul comes in support of Virat Kohli, opens up on his own injury comeback