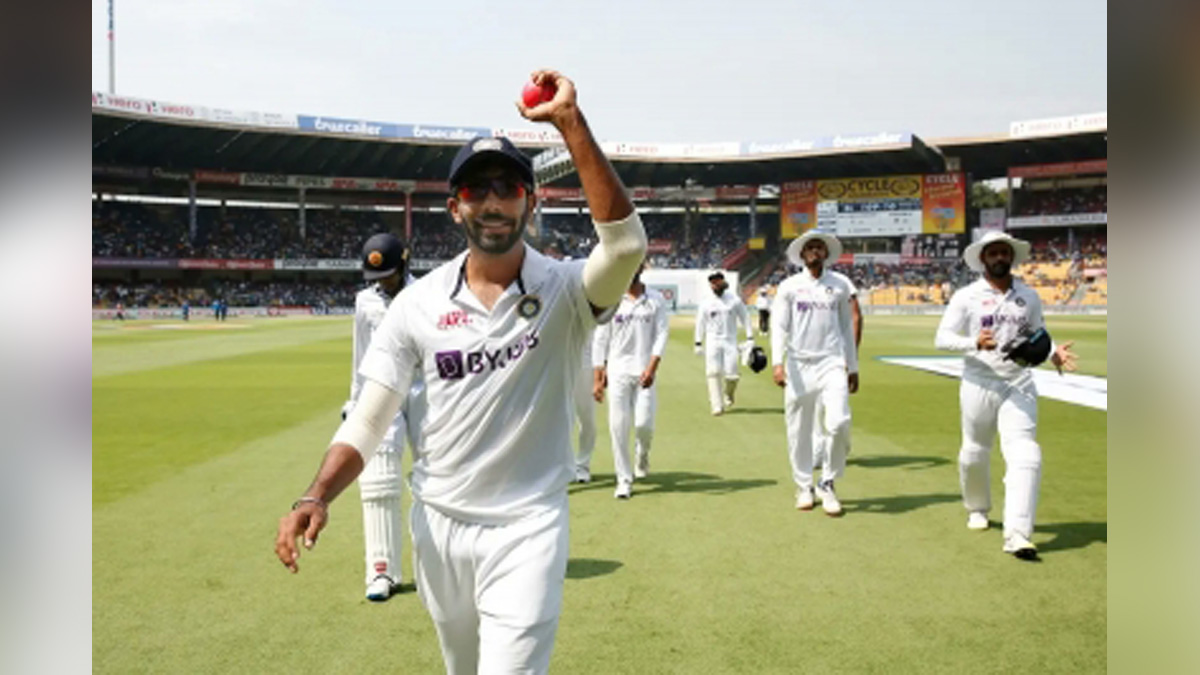 Birmingham : India right-arm pacer Jasprit Bumrah on Thursday was named by the senior selection committee to lead India in the rescheduled fifth Test against England at Edgbaston, starting from Friday, said an official release by the Board of Control for Cricket in India (BCCI).

The release also said that wicketkeeper-batter Rishabh Pant will serve as Bumrah’s deputy for the much-anticipated Test match.Bumrah becoming India’s captain for the Edgbaston Test comes after regular skipper Rohit Sharma tested positive for Covid-19 on the second day of the warm-up match against Leicestershire last week.

He had scored 25 runs in the first innings of the match but didn’t come out to bat in the second innings after testing positive for Covid-19.But with Sharma still infected with Covid-19, it means that Bumrah, who was vice-captain when India last played Tests, against Sri Lanka at home in March, will be captaining the side at Edgbaston from Friday.

He will now become the 36th Test captain of India, becoming the first fast bowler to be India’s Test skipper since Kapil Dev led India against Pakistan at Bengaluru in March 1987, which was also legendary batter Sunil Gavaskar’s final Test match.

“Mr Rohit Sharma, Captain, Indian Cricket Team is ruled out of the rescheduled fifth Test against England to be played from Friday. Rohit underwent a RAT Test on Thursday morning and returned a positive result for COVID-19.

The All-India Senior Selection Committee has named Mr Jasprit Bumrah as captain for the upcoming Test and Mr Rishabh Pant as his deputy,” said the BCCI in its official release.

With Bumrah becoming the Test captain of India for Edgbaston Test, 2022 is set to be the year where the national side had six different captains across all formats, the highest for any calendar year.

He also becomes the eighth man to lead India since 2021. Previously, India had played under five captains in 1959; they were Vinoo Mankad, Hemu Adhikari, Datta Gaekwad, Pankaj Roy and Gulabrai Ramchand.

India currently lead the five-match series for the Pataudi Trophy 2-1, having registered famous victories at Lord’s (by 151 runs) and The Oval (157 runs) last year apart from a draw in Trent Bridge and a loss by an innings and 76 runs at Headingley.

If I deliver with a good performance, then it creates an impact in the match : Shardul Thakur