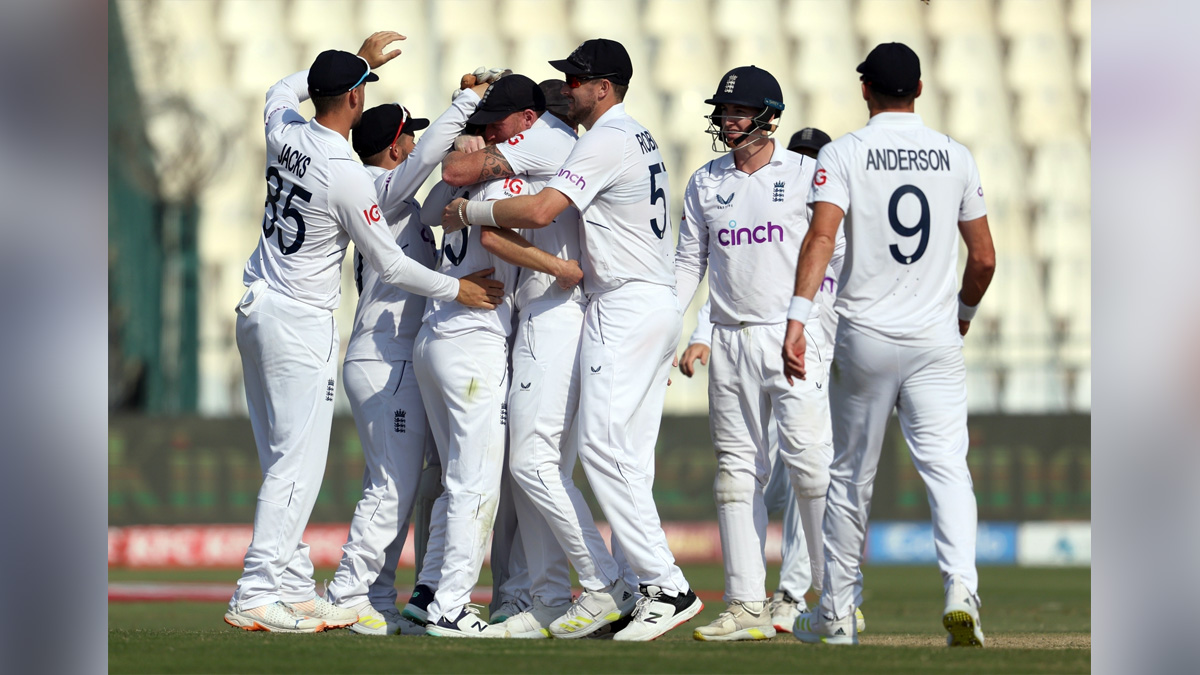 Multan : England earned a historic Test series victory in Pakistan after tearaway pacer Mark Wood took the tourists to a tense 26-run win in the second Test here on Monday. Resuming from 198/4 on day four, Pakistan appeared on course to chase down an tricky 355 as Saud Shakeel (94) and Mohammad Nawaz (45) took the hosts to 290/5 through their 80-run partnership for the sixth wicket, only for Wood to swing the momentum back in England’s favour by taking out both set batters in leg-side strangles just before lunch.

From there onwards, the Pakistan batting order suffered a collapse despite some resistance from Agha Salman (20 not out) and debutant Abrar Ahmed (17). Eventually, Pakistan were all out for 328 in 102.1 overs, giving England a Test series victory in Pakistan since the 2000/01 tour, after having registered a thrilling last-session in the first Test at Rawalpindi on their return to the country after 17 years.

The close loss at Multan means Pakistan suffered their second successive series defeat at home, after losing 1-0 to Australia in a three-match series in March this year. Wood finished with figures of 4/65 in 21 overs with Ollie Robinson (2/23) and James Anderson (2/44) being impressive in another England victory.

On day four, Pakistan added just 12 runs to their overnight total before all-rounder Faheem Ashraf (10) hit a turning delivery from Joe Root straight to slip. Shakeel was serene in his stay at the crease, while Nawaz was quick in getting boundaries and giving Pakistan hope of chasing a tall total.

But Wood came in and forced Nawaz to glove a short ball behind to keeper Ollie Pope. Wood would also grab the key scalp of Shakeel on the stroke of lunch, though a huge debate erupted over whether the catch taken by Pope was clean or not, turning out to be a game-changing decision.

After a soft signal was given out, third umpire Joel Wilson had a lot of look at replays and concluded that Pope did manage to get his gloves under the ball to take the catch, ending a gritty innings of Shakeel lasting 213 deliveries.

From there, the result was a foregone conclusion as England now aim for a rare series sweep in Pakistan when the third and final Test at Karachi takes place from December 17-21.