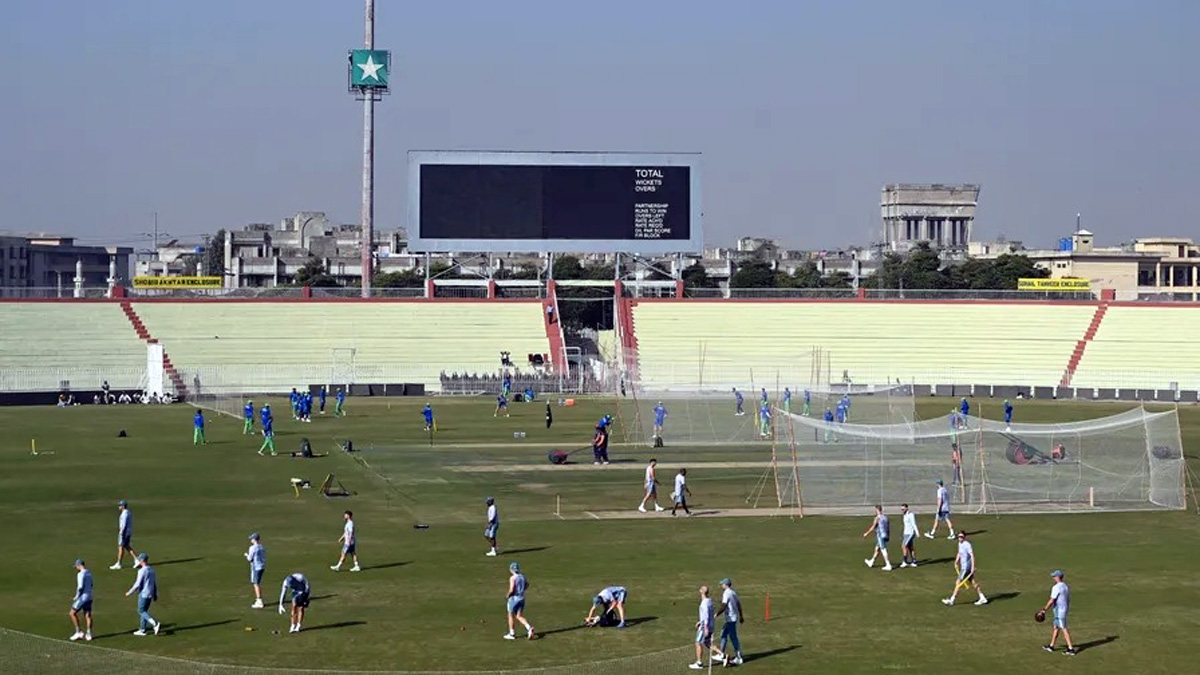 England, Pakistan agree to delay the decision on start of Rawalpindi Test after viral infection outbreak

Rawalpindi : The Pakistan Cricket Board (PCB) and England and Wales Cricket Board (ECB) on Wednesday discussed the outbreak of viral infection in the England men’s Test team camp and unanimously agreed to delay the decision on the commencement of the first Test here, until 07:30 hrs Pakistan time on Thursday.

The boards also said that the decision on whether the Test would begin on Thursday would be made before the Test match. “Subject to the England players not recovering well enough to take the field on Thursday morning, the Test will commence on Friday and will be a five-day match,” the statement further said.

“In this scenario, the schedule of the second Test in Multan and the third Test in Karachi will remain unaffected and will be played as per original schedule i.e. December 9-13 and 17-21, respectively,” it added.

England’s preparation for the first Test, which is their first in Pakistan in 17 years, suffered a major blow after 14 members of the touring side including captain Ben Stokes, caught a viral infection. The unwell players are being monitored and have been advised to rest, and as a result, they did not participate in the final practice session at the Rawalpindi Stadium on the eve of the match.

“As far as I am aware, there’s a few guys not feeling 100 percent. I didn’t feel great yesterday and I woke up a lot better today. So hopefully it’s just 24 hours of virus; don’t think of food poisoning or Covid or anything like that.

It’s just one of those things that we have unfortunately picked up as a group. We are trying to do absolutely everything right to make sure that we prepared really well for this game and sometimes life throws these kinds of things at you as a squad, and we just got to see how we pull up tomorrow and be right and ready to go,” he added.

England had already named their playing XI for the game, with Liam Livingstone in line for his Test debut and Ben Duckett back in the side after six years. Root said that England would still look to field the named XI, but admitted changes could be made if anyone fails to recover in time.

“It’s hard to say. I have not seen anyone this morning. Literally got straight on the bus. Guys will do everything they can. Work really hard in that respect. Time will tell I guess,” said Root when quizzed if everyone will be fit for tomorrow.

“There isn’t much you can do, apart from doing everything you can to fuel and hydrate. Do all the things away from the game that is going to serve you really well tonight in preparation for tomorrow. That’s all we can do now.

It’s where we are at as a team. Sometimes you just pick up a bug and virus. When you are all tied together in one hotel, it can spread around. We have done everything we can to try and mitigate that. We have to see how things go today and tomorrow,” he added.

The series is crucial for Pakistan as they hunt for a place in the ICC World Test Championship 2021/23 Final. They are currently fifth in the table with a point percentage of 51.85 and will need to win as many of their remaining five Tests to remain in contention.

England’s chances of making the Final remain mathematically possible, but they’re realistically out of the race after a poor start to their campaign. They are placed seventh in the standings with a points percentage of 38.6.