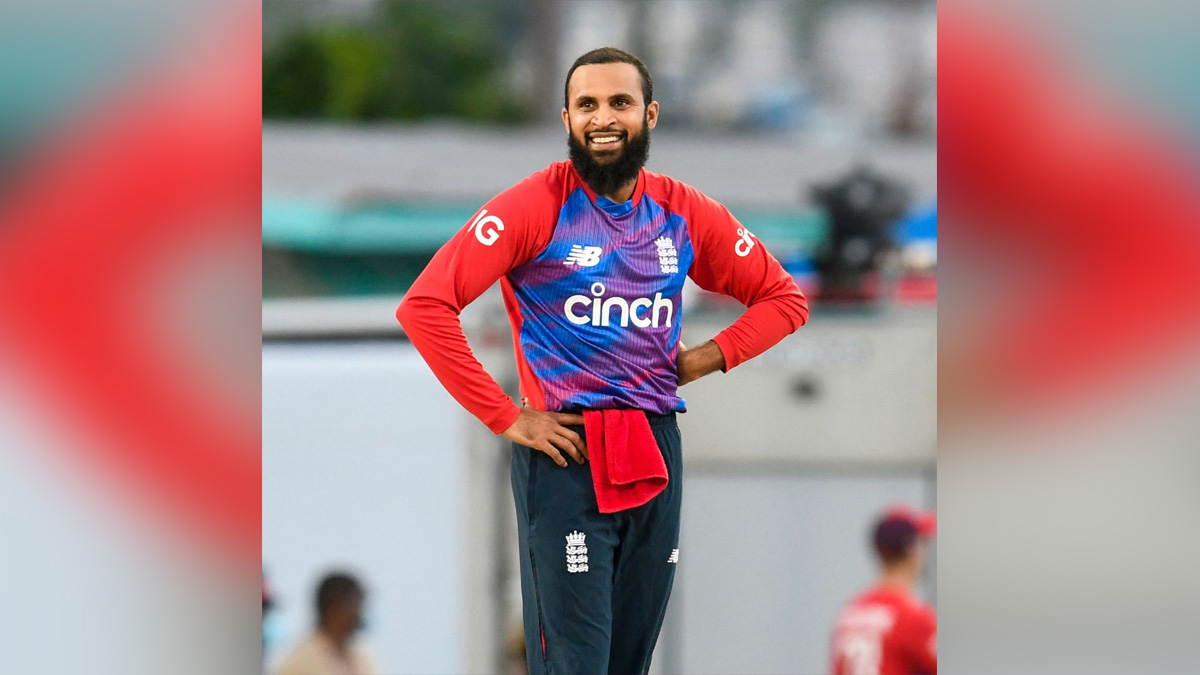 Bristol : Leg-spinner Adil Rashid said England will maintain their aggressive mindset and approach ahead of the T20I series against South Africa starting from Wednesday in Bristol.

The three-match series will be another chance for head coach Matthew Mott and captain Jos Buttler to see who would be in the reckoning for the flight to Australia for the Men’s T20 World Cup in October and November.

“Why would we change? I think we’ve done well the last seven or eight years, we’ve done well in 50 overs and T20 and I think we’ll continue doing what we have been doing. It’s a crucial time for everybody in the squad, we’ve got three games coming up now and we’re obviously looking forward to the World Cup.

“But I think first thing’s first and we’ve got a game here and we’ve got to handle our business. The game, sometimes you win some and sometimes you lose some. But if we maintain our mindset and have that positive, aggressive brand of cricket we’re playing I’m sure we’ll do well.

“More often than not if you have that mindset and are playing with that aggressiveness and you’re fully committed to it, it will come off. I think we’re in a good place,” said Rashid to Sky Sports.

Rashid, who missed the white-ball series against India in July due undertaking the Hajj pilgrimage to Mecca, conceded that places are up for grabs in England’s T20I team on the road to World Cup.

“I think every time we play, whether it’s batsmen, seamers, spinners, I think we’re all playing as if it’s our last game. Hopefully we go out there where we’re fully committed. I think the focus is the World Cup but before that, we’ve still got plenty of cricket to be played and hopefully we can run into some good form by then.

“Rashid, who last played a Test match in 2019, revealed that he spoke briefly to red-ball head coach Brendon McCullum after his appointment to the job in April. But he added that his focus still remains on a busy year in white-ball cricket.

“I think that was a couple of months ago we spoke when he first came in, but that was just very brief, nothing more than a ‘hi’ thing. A lot has got to happen for me to play Test cricket in that sense. I think the people there at the moment like Leachy (Jack Leach) and there are more spinners doing a very good job.”