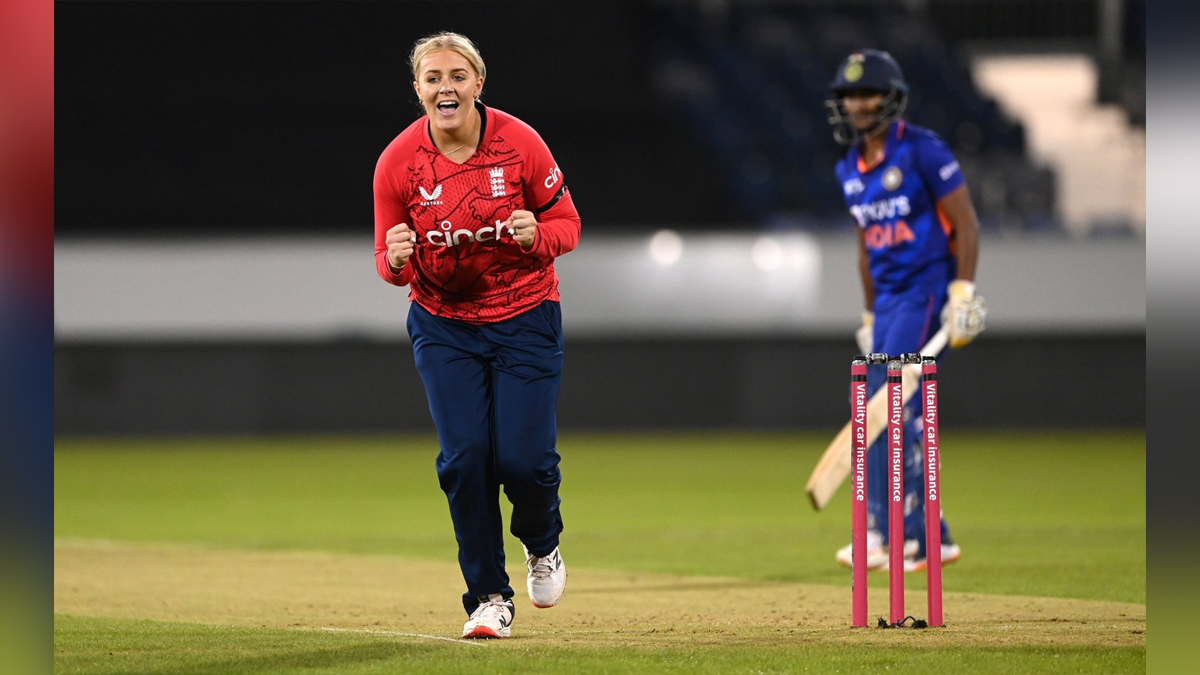 Dubai : England leg-spin all-rounder Sarah Glenn has closed in on compatriot, the left-arm spinner, Sophie Ecclestone in the ICC Women’s T20I bowler rankings after a fine show in the first match of their three-T20I series against India at Chester-le-Street on Saturday.

Sarah, whose career-best haul of 4/23 helped her team to a nine-wicket victory and won her the Player of the Match award, is at a career-best-equalling second position and just 13 rating points adrift of Sophie.

She has been ranked second on a few occasions in the past too, most recently last month, before she was overtaken by her team-mate, veteran pacer Katherine Brunt, who has been rested from the T20I series against India.

Young England batters, Sophia Dunkley and Alice Capsey, too have made notable gains after the first match of their series. Sophia’s unbeaten 61 off 44 balls sees her move up 13 places to 44th position while Alice’s brisk 32 not out off 20 deliveries has lifted her 12 places to 52nd.

Pacer Freya Davis has gained nine places and is 59th among bowlers.For India, seamer Renuka Singh has jumped five places to be at 13th place while all-rounder Deepti Sharma (up three places to 33rd) and wicketkeeper-batter Richa Ghosh (up four places to 75th) have made moves in the women’s T20I batters’ ranking.

Ireland and Scotland players too have something to cheer about ahead of the ICC Women’s T20 World Cup Qualifier 2022 starting Sunday in Abu Dhabi, in which they are pooled together in Group A.

Saskia Horley of Scotland has moved up 16 places to 54th among batters after her knock of 44 in a losing cause in their second T20I while Ireland leg-spinner Cara Murray’s two-wicket haul has lifted her 14 places to 94th position.

Ireland’s Leah Paul (up three places to 68th), Arlene Kelly (up 16 places to 74th) and captain Laura Delany (up eight places to 75th) have moved up in the list of bowlers while all-rounder Orla Prendergast has advanced in all three lists.

A day after winning series vs South Africa, Ben Stokes sets sights on regaining the Ashes