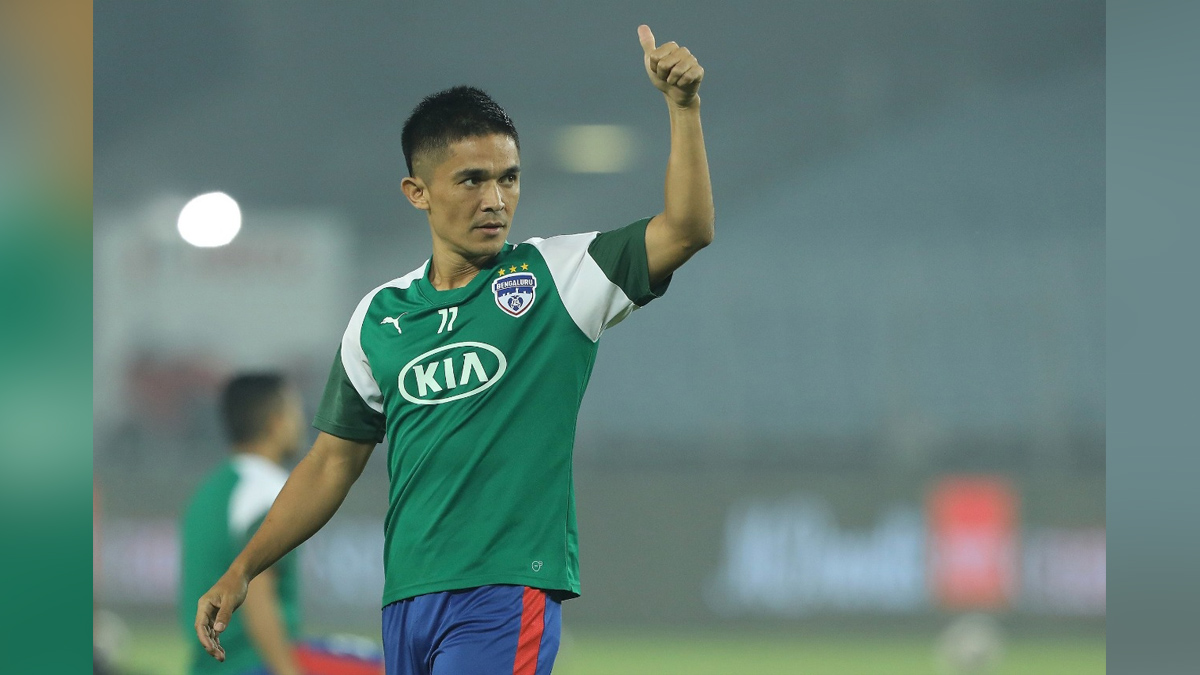 Fans coming back to ISL this season will have a massive impact : Sunil Chhetri

New Delhi : Indian national football team captain Sunil Chhetri is thrilled to welcome back fans into stadiums across the country in the 2022-23 Indian Super League (ISL). The Bengaluru FC striker believes supporters in the stands will play a massive role in creating a vibrant atmosphere for players to put their best foot forward.

ISL organisers Football Sports Development Limited (FSDL) announced the schedule of the 2022-23 ISL on Thursday with the league kicking off on October 7th in Kochi with Kerala Blasters taking on East Bengal.

To make it convenient for more fans and families to attend and watch their teams in action, the majority of ISL matches will be taking place on weekends. Each Matchweek is scheduled between Thursdays and Sundays this season.

“The fans will have a massive impact this season, especially for us. I think all the teams have struggled not playing with the fans not being able to be at the stadiums. But if there is one team that has struggled the most, by far, it is us.

So we are thrilled that the fans are coming back this season and it is the best news for a team like us,” said Chhetri.Fans across the country will be welcomed back into the stands after a gap of two years.

Last season’s final in Goa was the first match with fans present after the league was held behind closed doors for two seasons due to the pandemic.Chhetri, who is also the league’s highest Indian goalscorer with 51 goals, is most excited to face Kerala Blasters away from home due to the intriguing fan support in Kochi.

“I am looking forward to playing against Kerala Blasters away.Just to play at the stadium against all the fans is an experience,” the Bengaluru FC skipper said.Bengaluru FC are known to have one of the most voracious fan following led by the West Block Blues group.

Skipper Chhetri has always believed the club and its fans share a special bond, who have been regulars in the stadium for both home and away games since 2013.With supporters playing a massive role in Indian football, the ISL going back to the ten venues across the country will spark interest among the fans of the 11 clubs.

Asia’s biggest rivalry between ATK Mohun Bagan and East Bengal will be held for the first time in Kolkata during the ISL era, with both legs scheduled for October 29th and February 25th next year.

Happy, excited, having fun playing cricket again, which is the most important thing : Virat Kohli