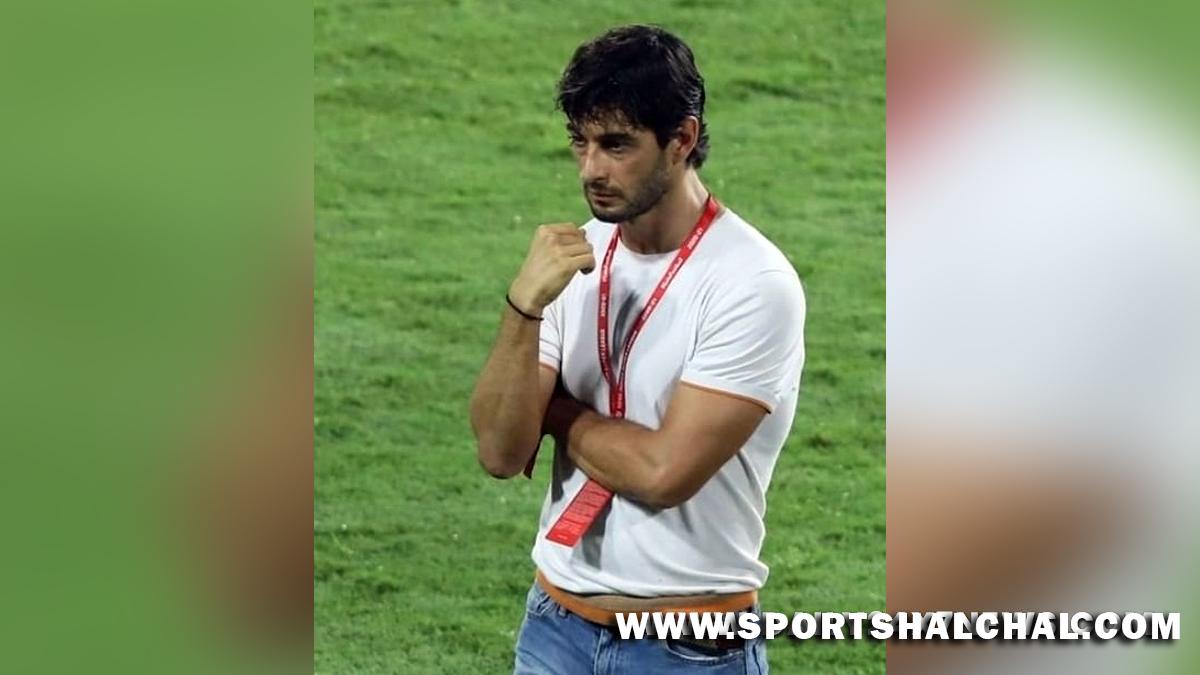 Fatorda (Goa) : FC Goa head coach Juan Ferrando praised the teams spirit and character after the Gaurs scripted their second win in as many games on Saturday despite playing the majority of the second half with a numerical disadvantage.”I think the first half, the team played well. It was a good performance. We had chances. We were better in positional attack and positional defence. After 1-1, it was a difficult moment for the team. At the start of the second half, the team was not high on confidence,” stated Ferrando at the post-match press conference.”After the red card, the team was in a very difficult moment. But they changed the score because of the spirit of the team, the character was very good. In this case, I was very happy for the players — not only those in the (starting) line-up but also the substitutes, they supported the team a lot.”After 2-1, the team put a lot of attention in defence, worked very well in defence, and in the end, we got three points. I am very happy about this.”The mood in the FC Goa camp was boisterous following the tremendously gritty win over the Blues.

Ferrando, though, felt there was a lot of room for improvement in the side, especially in transition.”We need to improve in transitions. Transitions are very important in football. As our style is to play attacking football, it’s very important to control the transitions. Sometimes we make mistakes,” opined the Spanish head coach.”We make mistakes because our focus is not on the immediate press or when the second phase of the press is not good or not well-timed.”These are th’ problems. It’s not so easy because even in the highest levels of football and even in the Champions Leagues, these problems exist in teams.”The game saw the Gaurs concede yet again from a set-piece situation. Whilst one can point fingers regarding the legitimacy of the free-kick awarded to Bengaluru, one can have no arguments that the Gaurs could have dealt with the situation much better, especially from the goalkeeping point of view.Ferrando, though, reasserted his confidence in Dheeraj Singh and the other members of his squad at the post-match press conference.”Today, one moment was difficult for Dheeraj, but we support him. I trust 100% in him – also in Naveen (Kumar) and Hrithik (Tiwari). For me, I am not wo”ried about Dheeraj,” stated the gaffer.”He is 21 years old. He is a future keeper of the Indian national team. He will continue to have more chances and continue to work.”