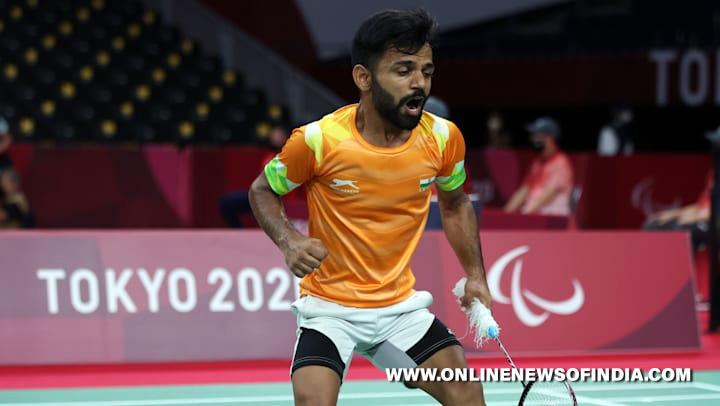 Feel very fortunate getting a medal at the Paralympics : Krishna Nagar

Tokyo : Badminton player Krishna Nagar, who won the gold medal in men’s singles SL6 category at the Tokyo Paralympics on Sunday, said that getting a medal in the mega event is a very big thing. He felt fortunate in grabbing the medal at the Paralympics.”Getting a medal in Tokyo, in the Paralympics is a very big thing for me. We had already committed that we will get five-six medals from the Paralympics. We got four medals. There were ups and downs in some performances. But we will cover that in the upcoming tournaments. I feel very fortunate getting a medal at the Paralympics, especially when badminton has been added for the first time. There is no bigger achievement than getting a medal here,” said Nagar in a virtual interaction organised by broadcasters Eurosport and Paralympics Committee of India (PCI).Nagar won the gold defeating Hong Kong’s Chu Man Kai 21-17, 16-21, 21-17 on Sunday. This was India’s second gold in badminton after Pramod Bhagat won the men’s singles SL3 event on Saturday.”Before the final match, my mindset was to play the game by being positive and aggressive…,” said Nagar.

Nagar pointed out that the drift played a part in him losing the second set. “The second set which I lost was due to the drift as I wasn’t able to play my shots. I don’t make many errors during matches. After I won the first set, some negatives in the second set put me under pressure and (I) started to think what was happening? When I had started to get some control on the second set, it slipped out of my hands. In the third set, there were some ups and downs. But I covered all things in the end.”Nagar had a hearty laugh describing the winning moment when he jumped into coach Gaurav Khanna’s lap. “In that moment, I jumped over sir. When the last point happened, I didn’t see it. I felt it was out. I didn’t even turn to see the shuttle because it was out.”The 22-year-old felt that playing a variety of sports before opting for badminton helped him perfect the jump smashes. “From the start, I used to play many games like athletics, running, football and volleyball. I think that because of playing so many games helps in playing the jump smash so well (sic).”Nagar dedicated his medal to the COVID-19 warriors. He concluded by thanking all who had been a part of his journey. “Getting a medal on Teachers’ Day… nothing bigger than this. My parents and family members are feeling proud and happy that I gave a very big gift to them on this day. To all the coaches who helped me achieve this, thank you to all who have been a part of my journey. This big medal on Teachers’ Day, I am so happy.”

Hoping that more stakeholders will come forward and hold our hand : Deepa Malik