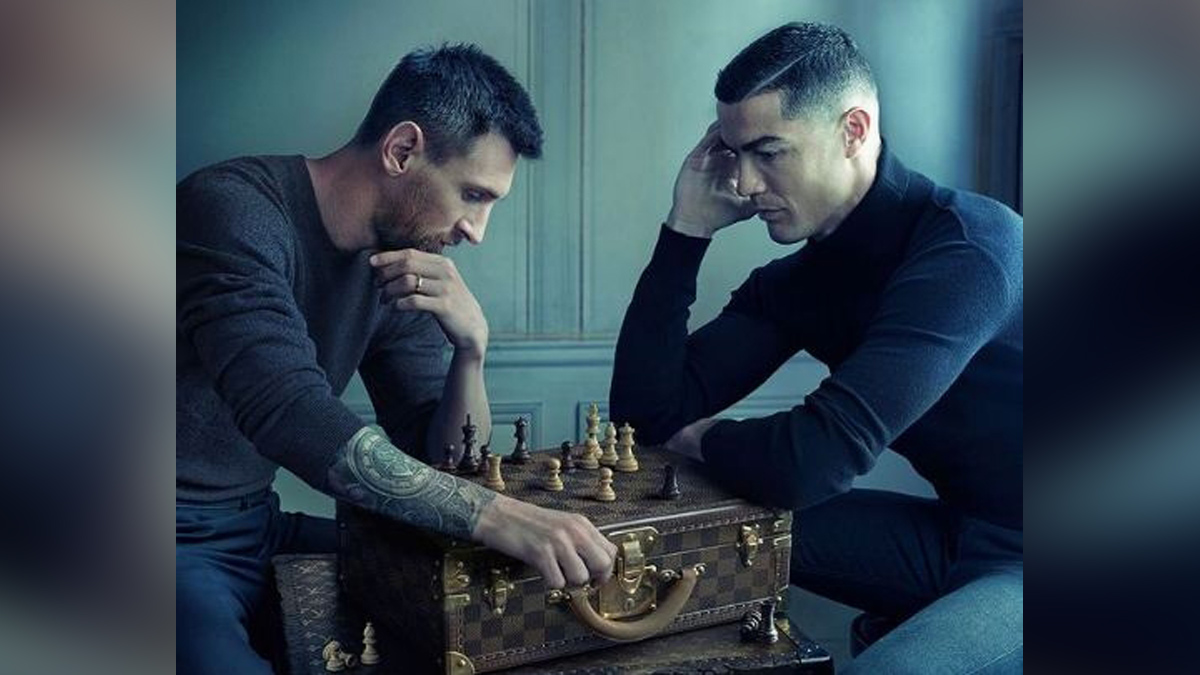 Doha (Qatar) : Considered to be two of the greatest players of this generation Cristiano Ronaldo and Lionel Messi joined forces to produce one of the most iconic images in football history.The image was shared by both the footballers on the eve of the start of the 2022 FIFA World Cup in Qatar, through their Instagram accounts.

While some social media users called it “iconic”, others hailed it as the “picture of the century”.With both of them sharing 12 Ballon d’Or’s between them, Ronaldo and Messi came together for a promotion campaign by Louis Vuitton ahead of the FIFA World Cup 2022 in Qatar.

Many view the 2022 World Cup in Qatar to be the final one for both players with the Argentinian great already confirming it. However, the Portuguese star has said he wants to play for a few more years.On Saturday, the fans of both players were in for a treat as Louis Vuitton released their new campaign featuring both of them.

The two legendary footballers can be seen playing chess together in the picture with both deep in concentration on what their next move would be.The Louis Vuitton briefcase on which Ronaldo and Messi are playing chess was part of the 2018 World Cup in which the FIFA World Cup trophy was presented ahead of the opening fixture and the final.