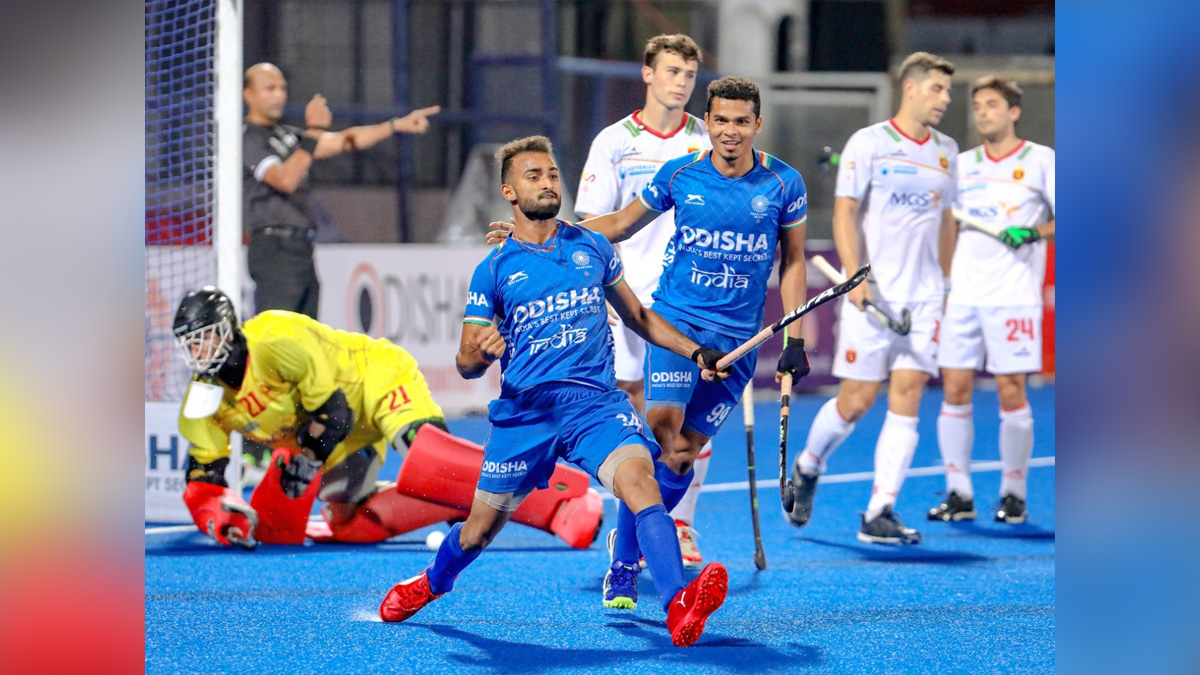 FIH Hockey Men’s World Cup : There is true team spirit among all of us, ready to begin the tournament : Sukhjeet Singh

Bengaluru : Indian Men’s Hockey Team are set to open their campaign at FIH Odisha World Cup against Spain on January 13. With just a few days left for the start of hockey’s biggest tournament, forward Sukhjeet Singh candidly spoke about the mood at the team camp.

The Indian Men’s Hockey Team arrived in Rourkela on December 27, 2022, and have been training hard at the new ‘jewel’ of hockey, the Birsa Munda Hockey Stadium over the past week to prepare for hockey’s most esteemed competition.

I am really excited to play as not only is this the biggest stage of the sport, but the FIH Odisha Hockey Men’s World Cup Bhubaneswar-Rourkela 2023 is also being played on our home ground.

It is always truly exciting to play hockey in front of Indian fans,” Sukhjeet said. Sukhjeet, made his Senior team debut in February 2022, in the FIH Men’s Hockey Pro League 2021/22 encounter against Spain, and scored a goal in the match.

Since then, he has earned 16 caps for India and has scored four goals for the nation. Sukhjeet opened up on the bonding between all the players in the squad and said that everyone is excited for their opening match against Spain.
“There is true team spirit among everyone in the camp. We all are really pumped up to get the ball rolling in our first game against Spain. Everyone is feeling positive and is supportive of each other.

There is a real sense of unity which is exciting to see,” he said. “We have heard that the tickets in Rourkela are all sold out so we know the stadium will be jam-packed. So, it also feels good to see the enthusiasm among fans,” Sukhjeet added.

India are placed in Pool D against Spain, England, and Wales, and Sukhjeet believes that while the oppositions are tough, having played all three teams over the past year will help India in preparing for the challenges.

“In our Pool, we have Spain, England, and Wales. We played against Spain and England in the Pro League last year. We also faced off against Wales at the Commonwealth Games 2022. So, we will be looking back at those performances and pick out the positives and negatives to prepare ourselves accordingly,” he said.

When asked about the team’s training sessions in Rourkela under the guidance of Coach Graham Reid, Sukhjeet did not offer any specifics, but he did state that the team is focusing on strengthening some areas where they struggled during the five-match test series against Australia that took place between November and December.

“We played a five-match test series against Australia. While plenty of positives came out from the tour, there were still a few areas where we felt we could improve. So, we are working upon those areas in the training,” he said.

Sukhjeet also praised Harmanpreet Singh, who will captain the Indian team in the tournament, saying he will be a key player for the team. “Harmanpreet Singh is one of the best dragflickers in the world right now and we are glad that he is the Captain of our team.

We all are confident that he will lead us well and we will support him completely throughout the tournament,” he signed off.

It is going to be an uphill task for India, says Dinesh Karthik on WTC final qualification

Rishabh Pant shifted to private suite from ICU due to high risk of infection : Shyam Sharma