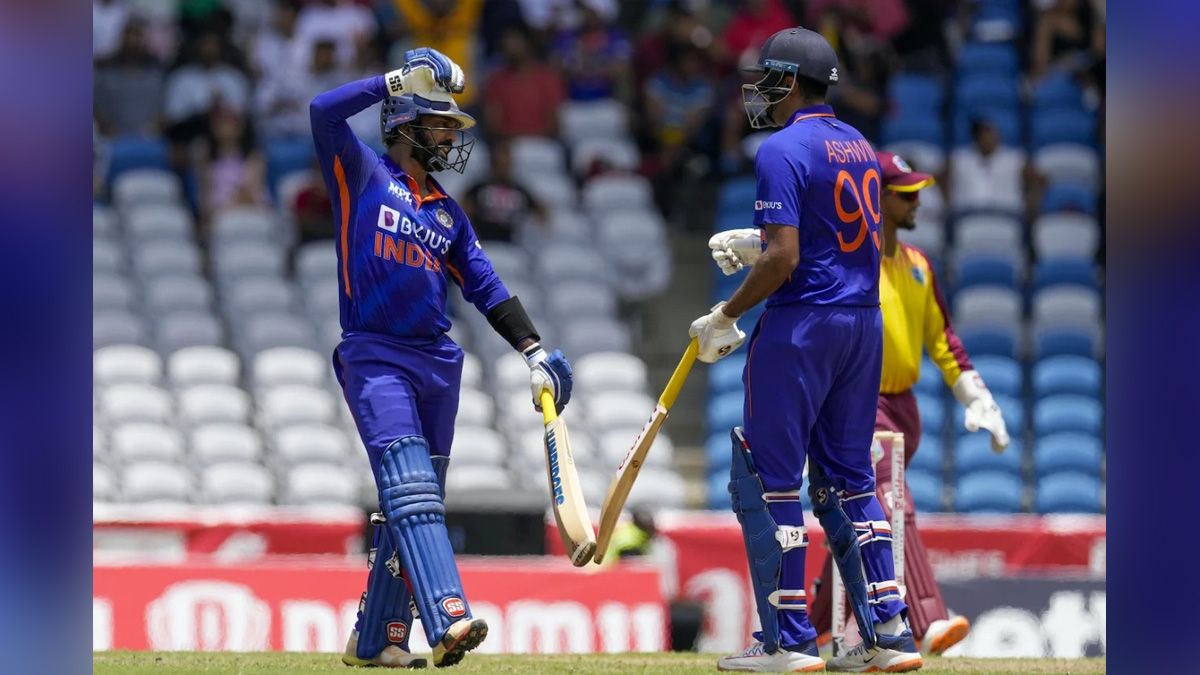 Trinidad : India’s middle-order batter Dinesh Karthik feels a combination of a lot of things goes into making the ‘finisher’ that he is, right from absorbing pressure to assessing the conditions and moulding oneself in a very short time frame of just a few balls.

Karthik made scoring look easy on a slow and “sticky” wicket, smashing an unbeaten 41 off just 19 deliveries at a strike rate of nearly 213 as India amassed 190/6 in 20 overs in the opening T20I of the five-match series against the West Indies at the Brian Lara Stadium on Friday evening.

India then defeated the hosts by 68 runs to take a 1-0 lead.Karthik also said he was more than keen to play a role in India’s campaign during the ICC T20 Word Cup in Australia in October-November this year.

“When you are back in the middle order, especially at the back end of the game, you need to be very quick on your feet in terms of assessing the conditions, assessing the ball.

What are the kinds of shots that you can play,” said Karthik in a chat with Ravichandran Ashwin on BCCI.tv after he had performed the role of ‘finisher’ to perfection, making a massive difference in India reaching the imposing total after they were staring at a 160-165 total at the fall of Ravindra Jadeja’s wicket.

“As you’ve seen when you (Ravichandran Ashwin) came in, Jadeja had just got out. That was a very critical phase of the game that would’ve been the difference between 165 and 190.

We stitched together a very clever partnership, running hard in between and then at the back end exploding and making sure we hit those boundaries,” said Karthik, who added that absorbing pressure in the death overs was as important for a ‘finisher’ as playing his strokes to perfection.

“But till then, there was a phase where we had to absorb pressure and which I thought we (DK and Ashwin) did well,” added Karthik.Karthik also indicated how keen he was to play in the T20 World Cup, saying he would be happy if “both of us (DK and Ashwin) have a small role to play in that”.

“Obviously, the ultimate goal is to win the T20 World Cup and I’m sure both of us have a small role to play in that in time,” he concluded.