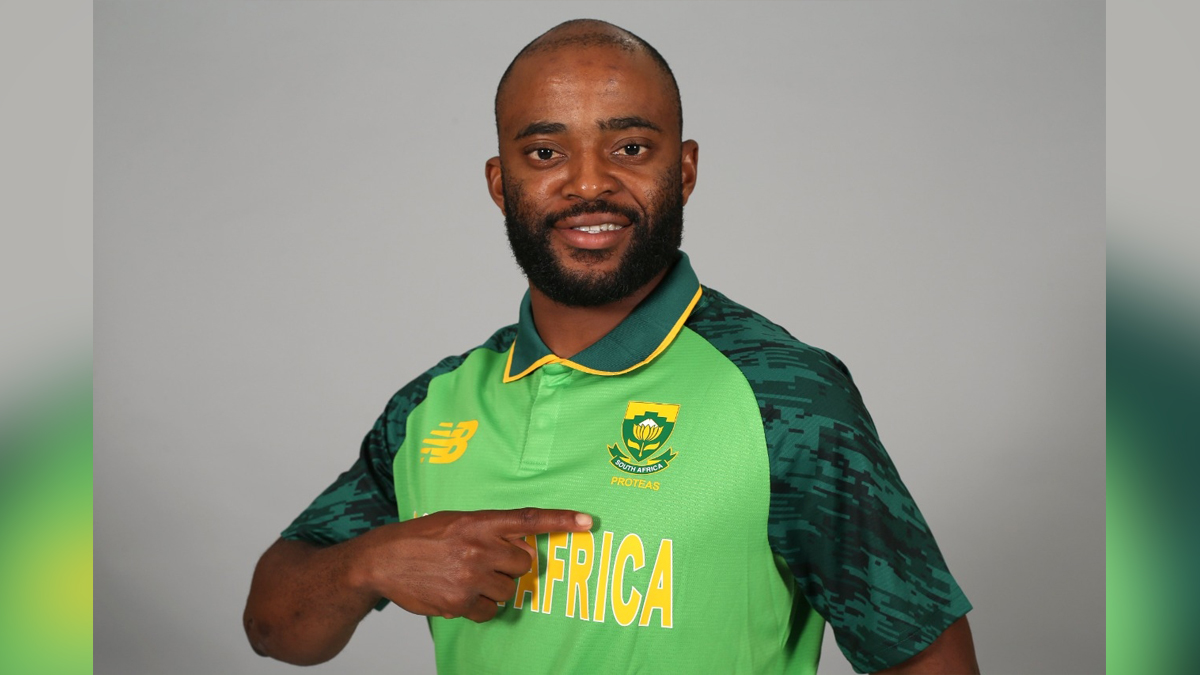 Johannesburg : South Africa white-ball skipper and Test vice-captain Temba Bavuma, who was ruled out of the three-Test away series against England currently underway due to an elbow injury, will return to lead the 15-member side in the ICC T20 World Cup in Australia in October-November this year.

The 32-year-old had suffered a left-elbow injury during the five-match T20I series against India in June and has fully recovery ahead of the showpiece event Down Under.The 15-memebr squad and three travelling reserves will also make the trip to India ahead of the T20 World Cup for the three-match T20I series later this month, according to Cricket South Africa (CSA).

Rassie van der Dussen has been ruled out of the tournament due to a fracture of his left index finger he sustained during the second Test against England in Manchester. He will require surgery and is expected to take up to at least six weeks to recover.

All 15 players are capped, with 22-year-old Tristan Stubbs receiving his maiden World Cup call up following an impressive outing in the recent T20I series against England. Other notable selections include Rilee Rossouw and Wayne Parnell, with the selectors naming three travelling reserves in Bjorn Fortuin, Marco Jasen and Andile Phehlukwayo.

All 18 players are available to play in T20I series against India from September 28 till October 4, while a 15-strong player squad has been named for the three-match 50-over series. The squad will leave for India on September 23.

CSA Convenor of Selectors Victor Mpitsang said, “This has been a really tough squad to select, simply because we had so many players in excellent form over the past few months and performing at a level that made the selectors sit up and notice them.”

“Someone like Tristan Stubbs who was not in the frame a year ago has done incredibly well to force his way into the mix based on his performances and his selection should be an inspiration for every young player out there.

We are also delighted to welcome back our captain Temba Bavuma from injury and we have no doubt his return will further galvanise the team.This group of players showed off their brilliant skill and talent when they overcame England in England recently.

These sort of performances only bode well for us heading to the World Cup. Overall we are delighted with mix of players that have been chosen and look forward to watching them represent the country in Australia,” he said.

Director of Cricket Enoch Nkwe added, “I would like to congratulate all the players who have made the final cut for the World Cup; every single one of them deserve their place on the plane to Australia. The squad covers all bases and provides us with multiple options in every area whether it batting or bowling.

I am confident this group will make South Africans proud when they begin their campaign next month.”Before that we have an important tour to India beginning in the coming weeks and this will provide some valuable game time for Head Coach Mark Boucher and his team to finalise their preparations for the tournament.”

Suresh Raina retires from all formats of cricket