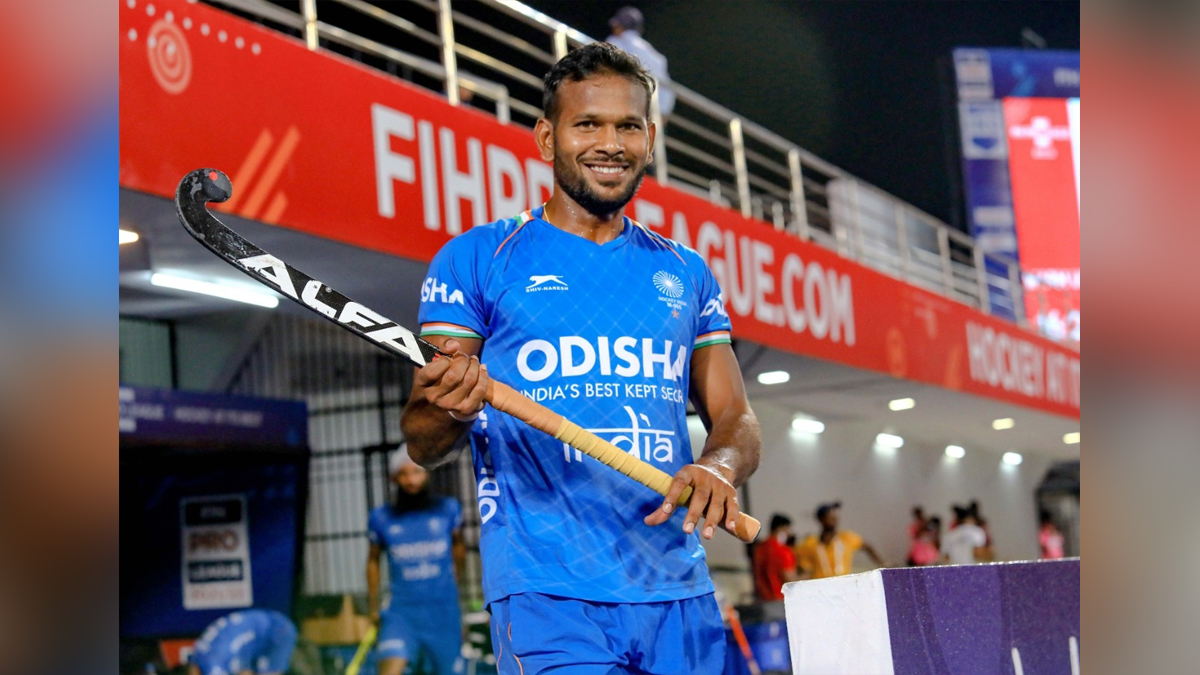 Bengaluru : The Indian Men’s Hockey Team defender Amit Rohidas was instrumental in India’s Silver medal-winning feat at the recently held Birmingham 2022 Commonwealth Games.The 29-year-old defender believes that there is still a lot more for him to improve ahead of a busy season.

“Last year it was Olympics Bronze and this year a Silver medal at the Commonwealth Games, so it’s been a wonderful journey so far. I’ve been very fortunate to represent my country and win medals on the biggest stages.

I think there is still a long way to go and there is a lot to learn and improve ahead of a busy season,” Amit said.The Indian team went down 0-7 against Australia in the final of the Birmingham 2022 Commonwealth Games.

Reflecting on the campaign, Amit said, “We did pretty well overall in the tournament, but I think we could have done better in the Final. We made some errors and missed out on executing our plans, but there’s no point to dwell in the past.

We are focusing on the learnings we took from that match and our overall campaign.”The Indian team are currently preparing for the upcoming FIH Men’s Hockey Pro League 2022/23 matches against New Zealand and Spain, scheduled to begin from October 28 in Odisha.

Speaking on the team’s focus at the camp in SAI, Bengaluru, Amit said that the team is focusing on every aspect of the game.”After coming back to camp, we introspected our performances at the Commonwealth Games and started the training with a fresh approach.

It’s a new challenge and a new opportunity for us. We will be playing our opening matches at home, so we would like to take advantage of it and make a solid start to the new season, which will eventually help us prepare for the FIH Men’s Hockey World Cup 2023.”

The pool draw for the FIH Odisha Hockey Men’s World Cup 2023 Bhubaneswar – Rourkela is set to take place on September 8 in Bhubaneswar. Expressing his excitement, the player from Sundargarh, Odisha stated, “We are really excited about the World Cup pool draw.

It also means that the marquee event isn’t really far, we have a few months left to prepare.””We will have to prepare well and give our best irrespective of whoever we face in the World Cup. The focus will be on ourselves.

It’s a wonderful opportunity for us to play the prestigious event at home in front of our fans for the second consecutive time, and we want to be fully prepared for that,” he concluded.The Indian Men’s Hockey Team will play their FIH Hockey Pro League 2022/23 games against New Zealand and Spain between October 28 and November 6.

Arshdeep Singh would have taken Asif Ali’s catch on any given day, but pressure perhaps got to him : Sanjay Manjrekar