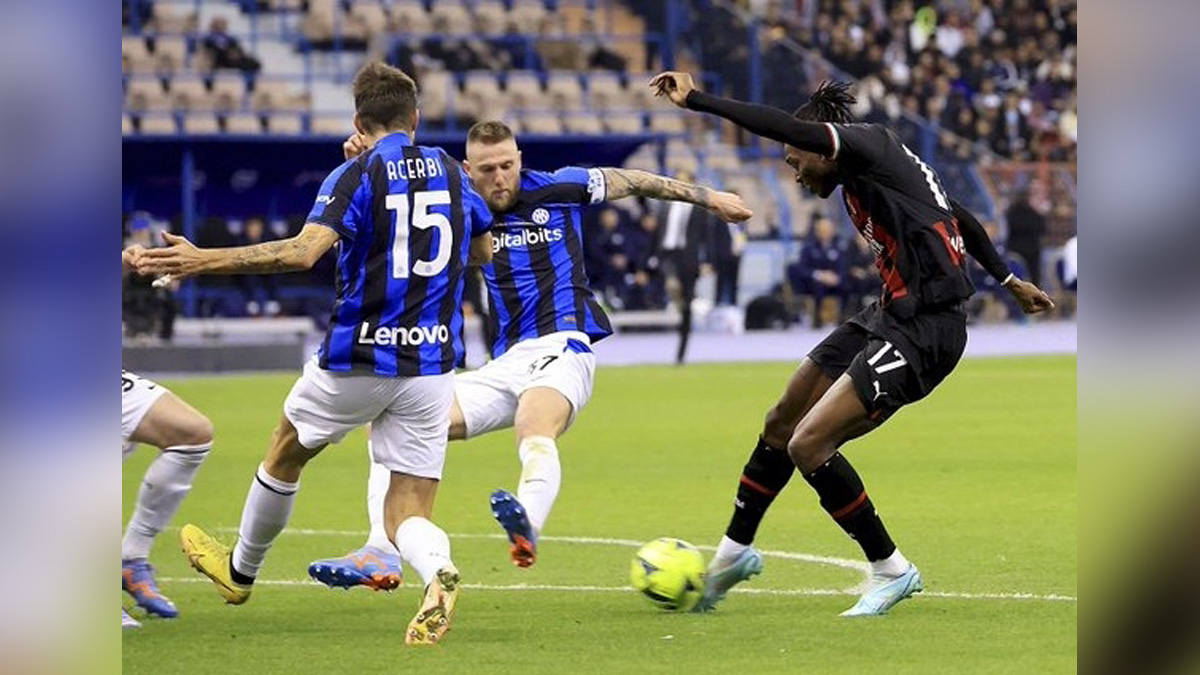 Riyadh (Saudi Arabia) : Inter Milan lifted their seventh Supercoppa trophy as the Nerazzurri defended their title after a comfortable 3-0 win over archrivals AC Milan. The Supercoppa is a traditional clash between the previous season’s Serie A and Coppa Italia champions.

It took just 10 minutes for Inter to break the deadlock in the Milan Derby as a great passing move sliced Milan’s defense apart; when Edin Dzeko flicked on Matteo Darmian’s pass for Nicolo Barella to roll across, unmarked Federico Dimarco drilled it home at the back post.

AC Milan had a chance to level, but Rafael Leao saw his curler palmed away by goalkeeper Andre Onana, while at the other end, Inter doubled the lead in the 20th minute when Dzeko committed Sandro Tonali’s defense to smash it in from a tricky angle, news agency Xinhua reported.

The Rossoneri had more ball possession throughout the game, but Inter were more efficient and sealed the game in the 77th minute when a long pass found Lautaro Martinez, who turned around to shake off Fikayo Tomori before finishing with a curler.

The seventh Supercoppa title made Inter move into the second place on the tally, levelling with their city rivals, while Juve top the list with nine. This is the second Cup competition involving European clubs held in Saudi Arabia this month.