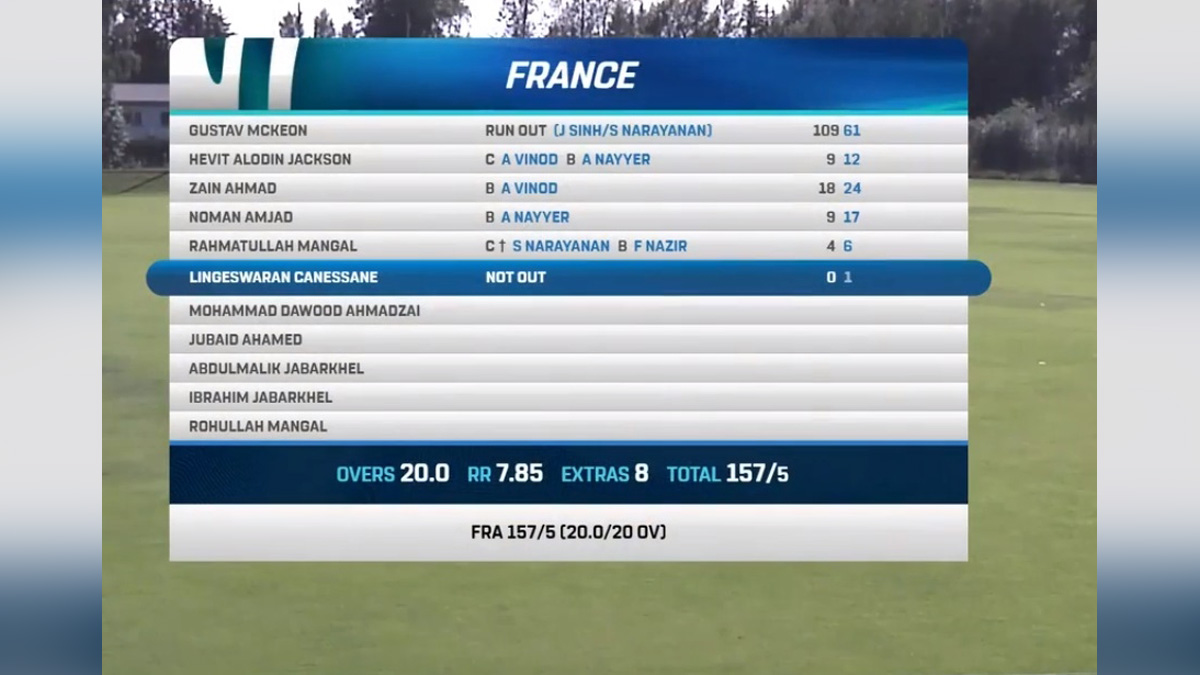 In the third T20 World Cup 2024 Europe Sub-Regional Qualifier tournament, McKeon broke Hazratullah Zazai’s world record by more than two years, with the Afghanistan opener’s unbeaten 162 from 62 balls against Ireland in 2019 scored at 20 years and 337 days, according to ICC.

McKeon’s innings backed up a fine 76 from 54 balls against the Czech Republic, and the teenager leads the tournament for runs, with his tally of 185 coming at a strike rate of 161, and an average of 92.50.

Despite the century, France couldn’t finish lost in a last-ball thriller to their neighbours who chased down a target of 158.Swiss skipper Faheem Nazir led at the top of the order with a 46-ball 67, with Ali Nayyer’s late-over heroics ensuring the last-gasp victory, the report said.

Nayyer smashed 12 off the final three balls, including a four off the last ball to break French hearts, meaning that the pair sit level on two points in group stage action. Norway lead Group 2 thanks to two resounding victories over Czech Republic and and Estonia, with the pair yet to get off the mark.

In Group 1, Austria and Guernsey remain undefeated, with Luxembourg winless in two matches. Bulgaria and Slovenia are also yet to taste victory, but they play each other in Wednesday action.Guernsey are favourites to top their group, though the Channel Islanders were pushed by Luxembourg in a 17-run win.

Luxembourg’s Shiv Gill claimed ‘Player of the Match’ honours with a 38-ball 47, but his effort fell in vein as seamer William Peatfield turned the match with three wickets.