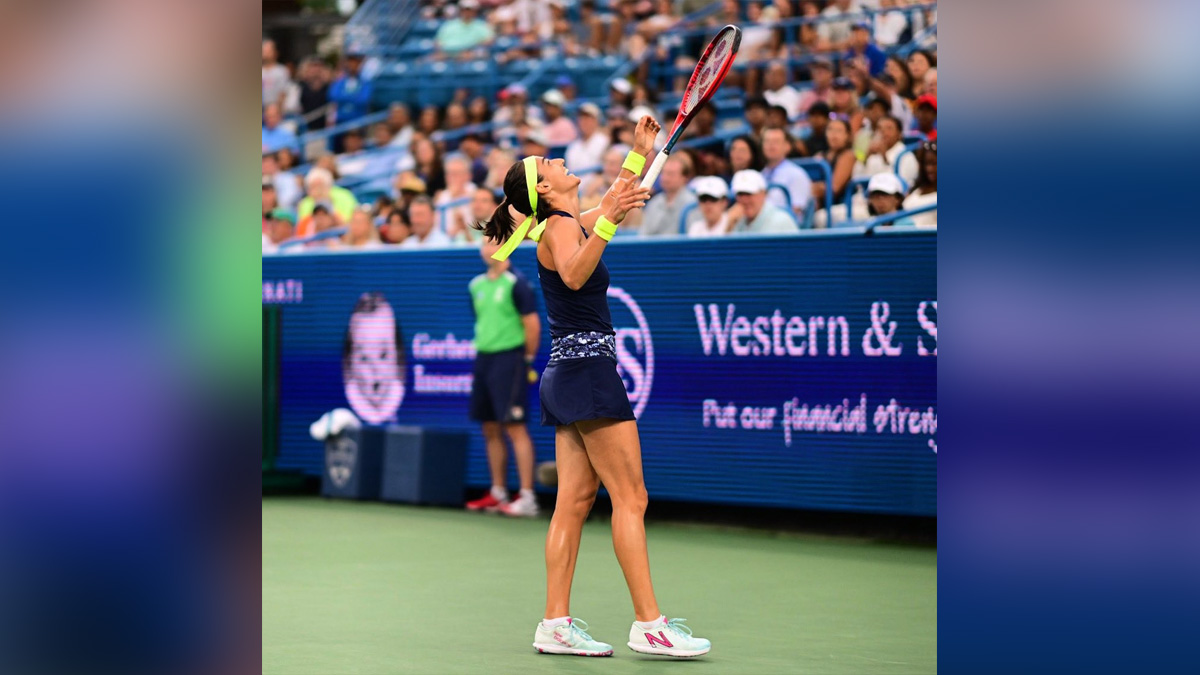 Cincinnati : Caroline Garcia of France has become the first qualifier to reach a WTA 1000 tournament final after continuing her dream run at the Western & Southern Open with a hard-fought win over sixth seed Aryna Sabalenka of Belarus.

In a match halted twice for extended periods by rain on Saturday evening, Garcia triumphed 6-2, 4-6, 6-1 in the semifinal that lasted two hours and five minutes, reports DPA. Garcia’s victory over Sabalenka secured her spot in the decider against Petra Kvitova, who beat Madison Keys in the other semifinal earlier on Saturday.

The victory also adds another top-10 scalp to Garcia’s list from this week’s Cincinnati event, having knocked out fourth seed Maria Sakkari and seventh seed Jessica Pegula en route to the final four.

The world number 35 had also beaten top-ranked Iga Swiatek during a run to the Poland Open title three weeks ago.Garcia has a Tour-leading 26 main-draw victories since June with title wins in Bad Homburg and Warsaw in that stretch; next most match wins in that stretch is Simona Halep (19) and Beatriz Haddad Maia (17).

Saturday’s win was fuelled by a strong first-serve points won percentage of 81.3 per cent for Garcia, sending down 8-4 aces while Sabalenka was not helped by 7-1 double faults.

The 28-year-old, whose highest rank was fourth in 2018, saved seven break points while converting six of the 13 she generated.She had to come through qualifying to earn a place in the Cincinnati main draw and looked like racing past Sabalenka after taking the opening set in impression fashion.

A two-and-a-half-hour rain delay halted Garcia’s progress at 1-1 in the second set, and it was Sabalenka who returned the strongest from the break.Garcia needed her left arm bandaging when trailing 5-4 in the second set, forcing Sabalenka to endure a long wait to serve to level the match.

Just as the match looked to be tilting the Belarusian’s way, an improved Garcia broke to lead 3-1 in the deciding set; however, rain returned in the next game with Garcia 30-15 up on serve, causing another hold-up.

But Garcia would not be denied after play resumed approximately 90 minutes later, winning the final three games to secure an historic place in the decider.
In the earlier match, Kvitova fended off home favourite Keys to secure a return to the world’s top 20.The two-time Wimbledon champion battled to a 6-7 (6-8), 6-4, 6-3 victory in two hours and 18 minutes.