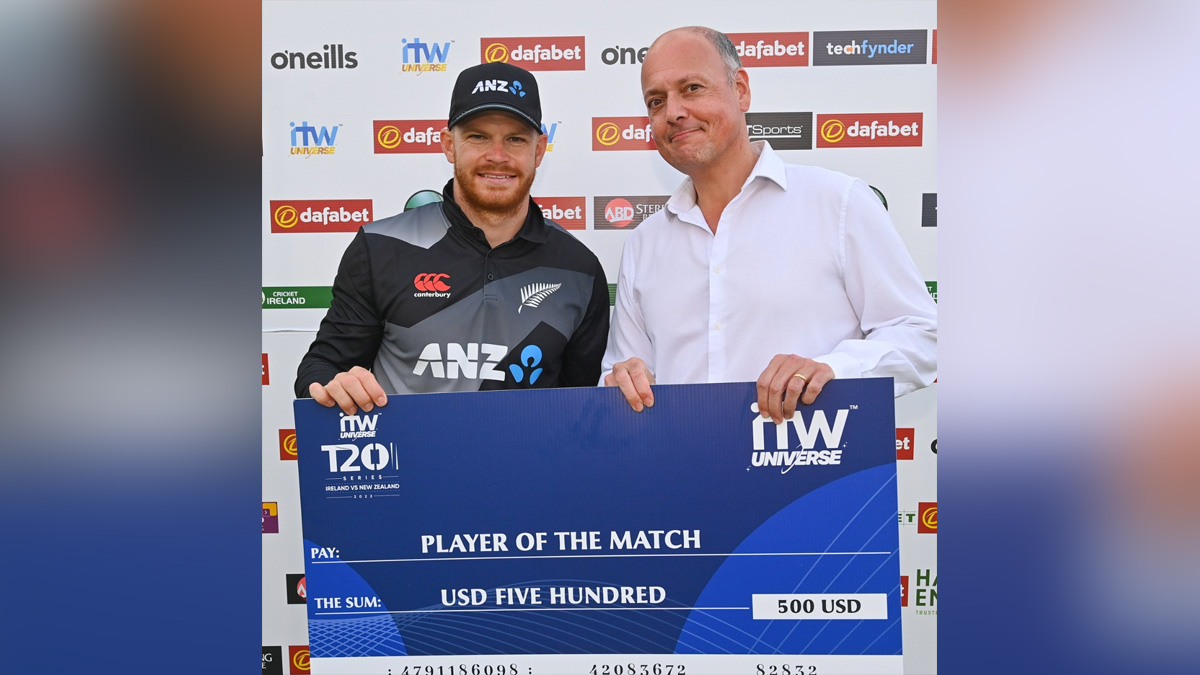 Stormont (Belfast) : New Zealand showed their fighting qualities, rallying from the loss of four early wickets to put up a competitive 173/8 in the opening T20 International here and then dismiss hosts Ireland for 142 runs for a comprehensive 31-run victory.

With the bat Glenn Phillips scored a quick-fire unbeaten 69 off 52 balls to bring the Black Caps back into the game after they had lost top-order batters Martin Guptill (24), Finn Allen (1), Dane Cleaver (5) and Daryl Mitchell (5) cheaply.

Phillips’ half century aided by a four-for from pace bowler Lockie Ferguson helped the tourists take the lead in the three-match T20I series following their ODI series sweep recently.

Ireland had a dream start, with opener Finn Allen hitting Josh Little straight to cover, and then dismissing the in-form Guptill who scored a century on the final ODI who holed out to long-off off Mark Adair.

Dane Cleaver then edged a pull shot off Little to wicketkeeper Tucker. Ireland struck again as Daryl Mitchell top-edged Curtis Campher’s delivery to the keeper, but Phillips took the tourists to safety with his half-century.

From 54/4, the Kiwis recovered to post 173/8, with Phillips’ knock the key contribution, and James Neesham and Michael Bracewell also playing a pair of important hands.In reply, Ireland could never get a productive partnership, though several batters made promising starts.

Captain Andy Balbirnie was the first to go, slashing Jacob Duffy twice over point for four before falling to a superb catch from Santner, the Black Caps skipper running back from mid-off to cling on as the ball descended sharply.
Brief scores: New Zealand 173/8 in 20 overs (G Phillips 69 not out, J Neesham 29 not out; J Little 4-35) beat Ireland 142 in 18.2 overs (C Campher 29, M Adair 25; L Ferguson 4/14) by 31 runs.