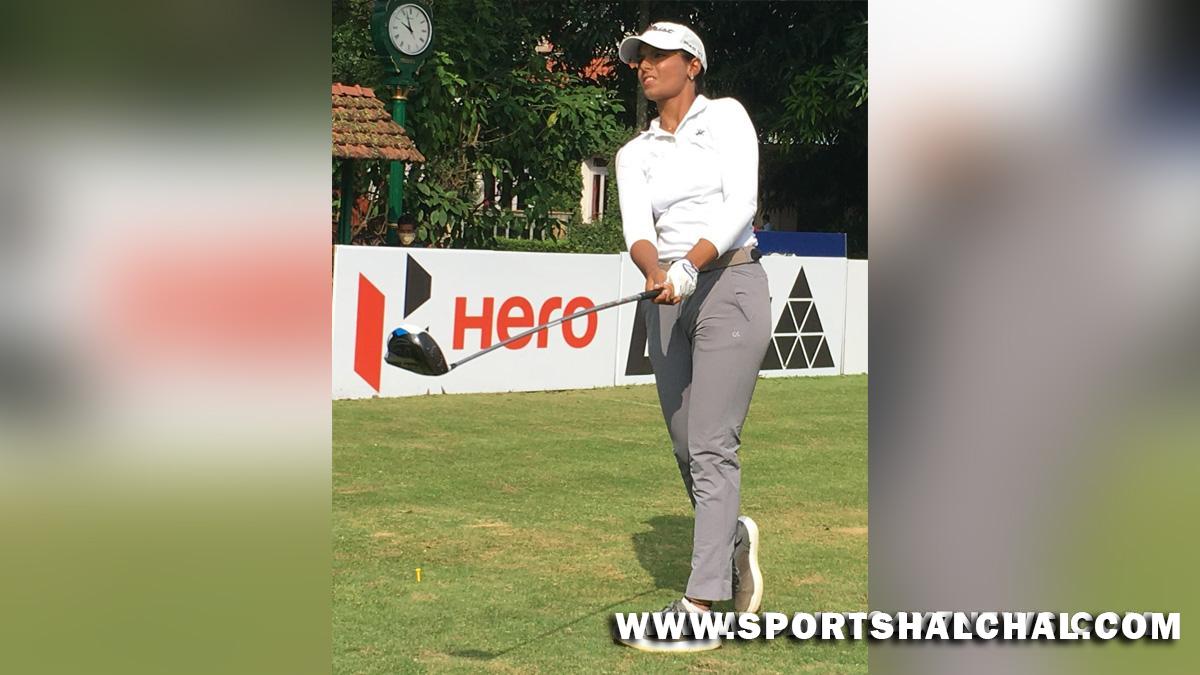 Kolkata : Lakhmehar Pardesi stayed in the front and was the sole leader after the second round of the 14th Leg of the Hero Women’s Pro Golf Tour at the Tollygunge Club. The Chandigarh golfer, who broke through for her maiden title earlier this year, is seeking to join the group of multiple winners in 2021 as the season moves towards its closing stages.Lakhmehar (74) leads by one shot over Saaniya Sharma (72) and Ridhima Dilawari (73).When Lakhmehar began with a birdie, one of the only two players to do so in the entire day, it seemed she might extend her two-shot lead to more by the end of the day. A string of pars was followed by back-to-back bogeys on seventh and eighth, but Lakhmehar fought back with a birdie on ninth. She turned in even par and her 34 was the best front nine of the day as it played tough.On the back nine Lakhmehar struggled with five bogeys in seven holes between 11th and 17th and seemed to fall before a birdie on 18th ensured sole lead at 5-over 145.

Saaniya Sharma had a nice run of three birdies in a row between 10th and 12th and overall she had five. She may well have been the leader but for a double bogey on Par-4 fifth and a crippling triple on Par-5 13th. She also finished with bogeys on 17 and 18 on a day when she rode a roller-coaster.Ridhima too, had a rough finish even though a birdie on 18th was a consolation. After bogeys on second and fourth, she picked a birdie on Par-3 eighth. On the back nine she began with a birdie to get to even par for the day. Bogeys on 15th and 16th followed by a double on 17th set her back but a birdie helped make up slightly for the losses. She carded 73 and at 6-over 146 she was tied second with Saaniya.Shweta Mansingh (75) was fourth while Jyotsana Singh (78) was fifth. Amateur Zara Anand did not manage any birdies in her 76 and was Tied-sixth alongside two other amateurs Smriti Bhargava (78) and Jahnavi Prakhya (79).Neha Tripathi (77) and amateur Nishna Patel (78) completed the Top-10.