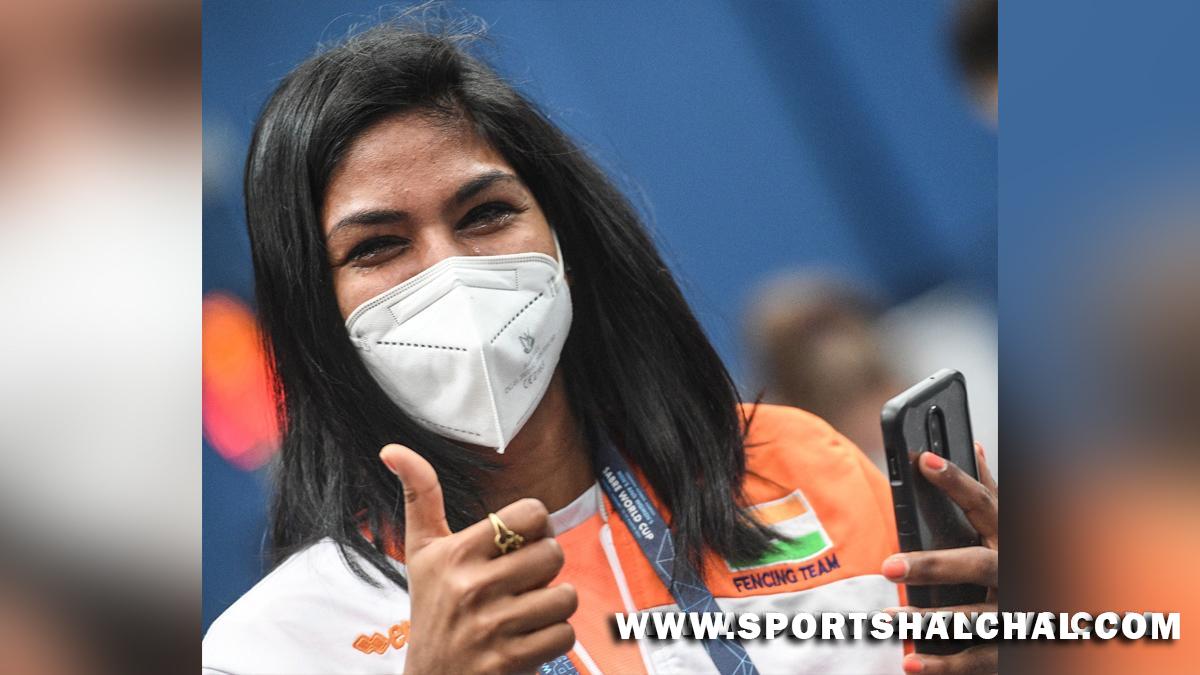 New Delhi : Olympian fencer Bhavani Devi has received support from the Sports Ministry to participate in four international competitions and training camps abroad in the buildup to the qualifying programme for the 2024 Paris Olympic Games.The Ministry has sanctioned Rs 8.16 lakh via the Annual Calendar for Training and Competition (ACTC) to facilitate Bhavani’s participation in the competitions. Bhavani is the first Indian fencer to represent the country at the Olympics.Bhavani, who won her first-round individual sabre match before going down in the Round of 32 at the Tokyo Olympics earlier this year, will be taking part in a training camp in Tbilisi, Georgia from January 4, before competing in the International Fencing Federation (FIE) World Cup in the same city from January 14 to 16.The 28-year-old fencer from Tamil Nadu will also be competing in the World Cup in Plovdiv, Bulgaria, scheduled from January 28 to 29.

Bhavani, currently ranked 55 in the world in the individual women’s sabre category, will then compete in the next two FIE World Cups in Greece and Belgium on March 4 to 5 and March 18 to 19 respectively, the Ministry informed in a release on Friday.The five top results in the World Cups, as well as the Olympic Games or World Fencing Championships, and zonal championships are taken into account for each fencer’s rankings.The Union Ministry of Youth Affairs and Sports, earlier this year, approved an ACTC amount of Rs 3 crore to the Fencing Association of India (FAI) for the financial year 2021-22, until March 2022. As per the ACTC mechanism, the Government of India releases grants to all the recognized National Sports Federations (NSFs) every financial year, after going through the NSFs long-term projections, list of national and international competitions/camps, and athlete training programs, the release said.