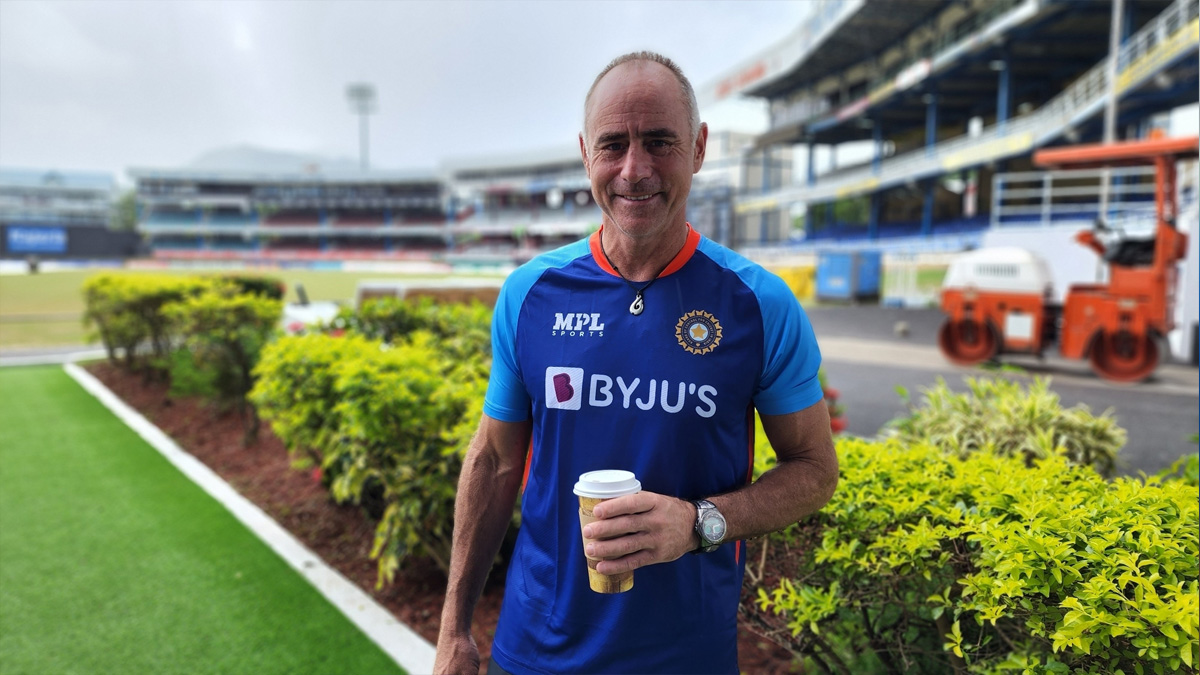 Port of Spain (Trinidad) : Paddy Upton, the newly-appointed mental conditioning coach of the Indian team, expressed his delight over joining the national men’s team again, terming it as “privilege of being back in the saddle”.

On Tuesday, the Board of Control for Cricket in India (BCCI) announced that Upton has joined India’s support staff on the tour of West Indies as the mental conditioning coach and is expected to be with the team till the Men’s T20 World Cup in Australia in October-November.

This will be Upton’s second stint with the Indian team after previously working with the side from 2008 to 2011 under then head coach Gary Kirsten. During those years, India became the number one-ranked Test team for the first time and also won the ICC Men’s Cricket World Cup 2011 on home soil.

“News update, from the Caribbean. People normally start these announcements with ‘I’m really excited to…’, but I genuinely AM excited to have joined the Indian cricket team, as mental conditioning coach. I’ll be supporting the players and coaches in preparation for the upcoming ICC T20 World Cup in Australia, in Oct/Nov ’22.

“My relationship with Indian cricket started 14 years ago when I worked alongside Gary Kirsten, who was appointed head coach of the Indian team at the time.

One World Cup win, a world No. 1 Test position, eight IPL coaching stints and three IPL playoffs later, I’m happy to have the privilege of being back in the saddle with the Indian team.”

“And this time, I feel particularly fortunate to be supporting current Head Coach Rahul Dravid, who I’ve worked with in a number of different teams and roles over the past 14 years. Let the games begin,” wrote Upton on his official Instagram account.

Interestingly, Upton and Dravid have worked together at Rajasthan Royals and Delhi Daredevils (now Delhi Capitals), serving as mentor and coach respectively. Upton also worked as Performance Director of the South Africa side, teaming up with Kirsten again to lead the Proteas to number one ranking in Tests in 2013.

He also served as the head coach on the franchise T20 circuit with stints at Sydney Thunder (BBL winners of 2015-16) and Lahore Qalandars (PSL) besides his role in the IPL.

Upton recently worked as ‘Team Catalyst’ for Rajasthan Royals in the IPL 2022 season, who reached the final of the tournament for the first time since inaugural season in 2008.

In the past, the Indian team has used the services of mental-conditioning experts. Rudi Webster was brought in prior to the 2007 Cricket World Cup, and Sandy Gordon was with the side during the 2003 Cricket World Cup.