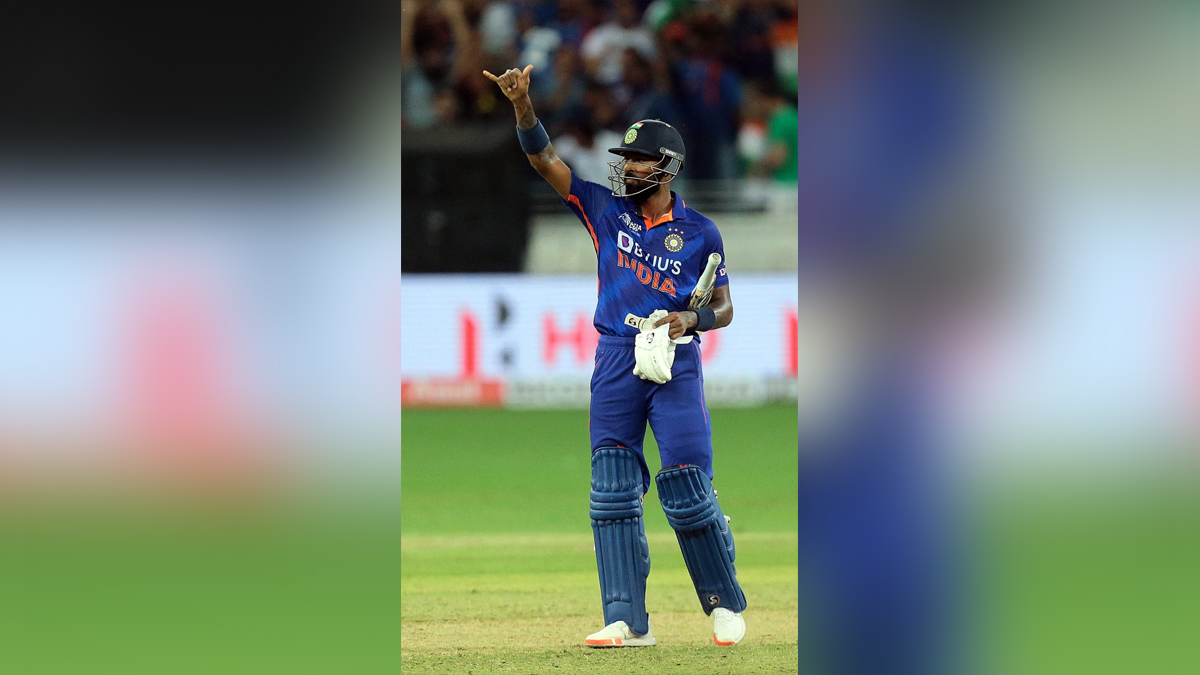 Hardik claimed 3/25 with the ball and made 33 not out from just 17 balls, leading India to a thrilling five-wicket win over arch-rivals Pakistan in their opening game of Asia Cup on Sunday.His impactful performance also showed that the 28-year old will be vital in India’s T20 World Cup campaign later in the year in Australia.

Meanwhile, Afghanistan’s blistering start to the tournament has also not gone unnoticed, with a number of players rewarded in the updated rankings.Rashid Khan’s push for the No. 1 bowler position has been helped with a two-spot jump to third (708 points), over fellow leg-spinners Adil Rashid and Adam Zampa.

Left-arm wrist-spinner Tabraiz Shamsi (716) is next in Rashid’s sights, though Josh Hazlewood (792) boasts a strong margin at the top of the list.Rashid’s compatriot Mujeeb Ur Rahman has entered the top-10 with a seven-spot move up the rankings (660), currently edged out for eighth by Bhuvneshwar Kumar (661), whose 4/26 against Pakistan helped the Men in Blue to victory.

His teammate Rahmanullah Gurbaz moved up five spots to 29th.There were several shuffles across the other two formats, with Ben Stokes’ role in England’s victory over South Africa leading to moves up in all three Test ranking lists.

There were no moves of note in the top-10 of the ODI rankings, though the first match between Australia and Zimbabwe saw shuffles lower down.Wesley Madhevere’s half-century in Townsville led to a 38-position climb, with fellow Zimbabwe teammate Richard Ngarava making a move in the bowling rankings.

After a strong showing in Australia’s victory, the young all-rounder moved 82 places on the bowling rankings, and 56 places in the all-rounder list.