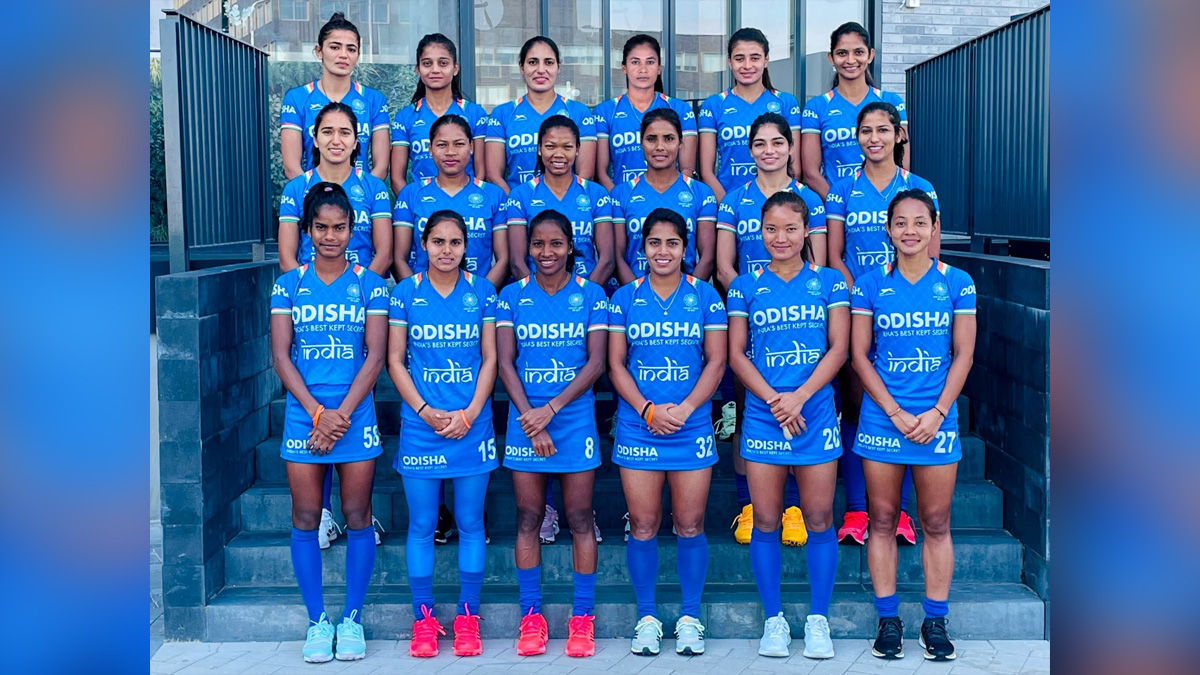 Birmingham : A couple of weeks’ break between the FIH Women’s World Cup and the Commonwealth Games has given the Indian women’s hockey team a chance to work on the shortcoming in their game and is now prepared to improve on their performance and go for a medal in Birmingham 2022, informed skipper Savita Punia on Thursday.

Set to open its campaign against lowly Ghana at the University of Birmingham Hockey and Squash Centre, the Indian teams will be looking forward to the match and using it to test the adjustments they had made to their game following the World Cup.

The Indian team failed to live up to its expectations in the World Cup in the Netherlands and Spain, finishing ninth unable to convert most of the chances they produced in the matches.”We have prepared well.We have used all our training sessions following the World Cup to prepare for this event.

We also played a practice match against Scotland and did well in that game too. It was an opportunity for us to work on a few of the things that we noticed during the World Cup.

We have worked on our strength which is penalty corners and we are ready (for the CWG),” said skipper Savita during a virtual press conference organised by Hockey India on Thursday.

Skipper Savita and senior defender Deep Grace Ekka, who too attended the virtual press conference, will be playing their third Commonwealth Games and unfortunately, they have not won a medal in the edition they took part in.

India reached the semifinals in Gold Coast four years ago but lost to England in the third-place match.”In sports, what matters is where did you start and where did you end up. So, it’s a big achievement for me to play in three Commonwealth Games.

I have learned from all these games, gained experience and have also enjoyed playing in them,” said Savita.Asked what have they learned in their World Cup debacle and how do they want to use that to improve their performance in Commonwealth Games, Savita said.

“Definitely, our performance in the World Cup was way off the mark, we did not fulfil our own aim. Considering our performance in recent months, we should have done better than what we did. We deserved a better final standing than we achieved.
But the good thing is that we were competitive throughout. It did not appear at any time that we had given up and did not put enough effort. We faltered in capitalising on the scoring chances that we created.

After the World Cup, we worked on our penalty corner. So, we did get time to work on various aspects of our game,” said Savita.Both Savita and Deep Grace were confident that the team would improve on its performance in the ‘World Cup at Birmingham.

India are in a tough group in the Commonwealth Games with arch-rivals England, the nemesis in the Tokyo Olympic Games bronze medal match and Commonwealth Games four years ago, Canada and Wales besides Ghana in Pool B while Pool A comprises defending champions Australia, New Zealand, South Africa, Pakistan and Scotland.India will have to finish in top two to qualify for the semifinals and then hope for the best in the knockout stage.