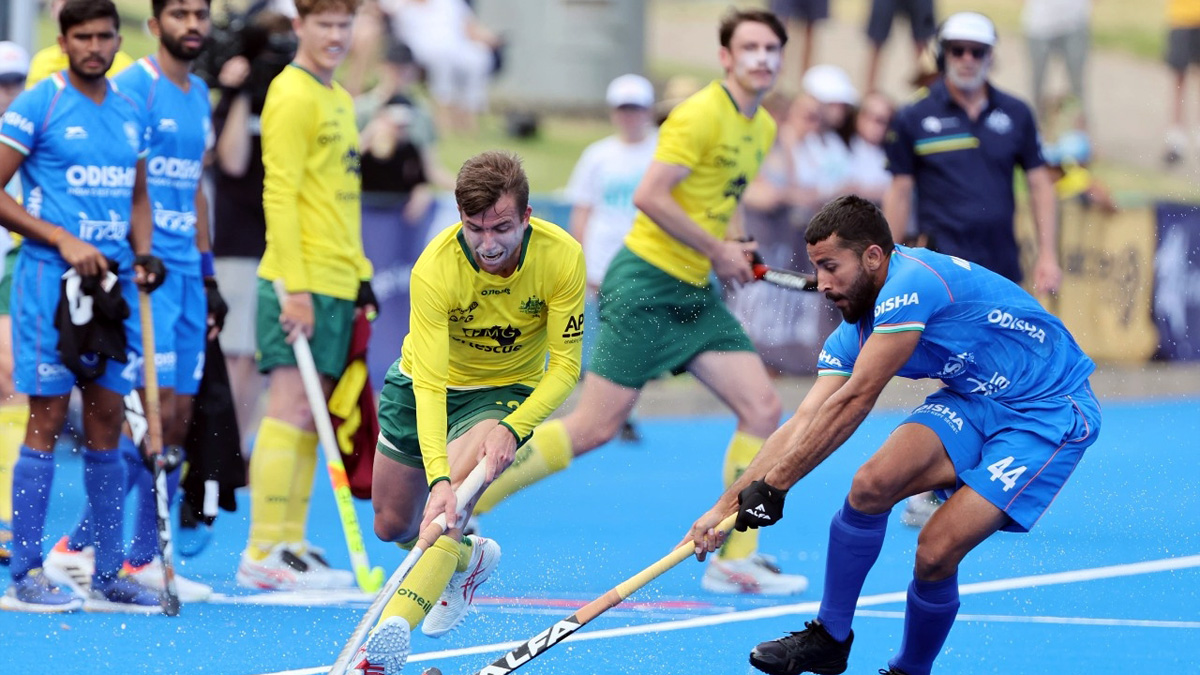 Adelaide : Skipper Harmanpreet Singh struck a brace of goals but India ended their five-match test tour of Australia with a heart-breaking 4-5 defeat despite a fighting display in the fifth and final match here on Sunday. India thus lost the series 1-4 to the hosts.

The five-match series, a crucial one in preparation for the upcoming FIH Odisha Hockey Men’s World Cup 2023 Bhubaneswar-Rourkela, to be held in January, helped the Indians not only register their first victory against Australia in six years but also found themselves scoring four goals each in four of the five games.

Australia took the lead as early as the second minute when co-captain Aran Zalewski found Tom Wickham inside the circle amidst a crowded Indian defence and the latter turned and unleashed a powerful drive beat India’s veteran goalkeeper PR Sreejesh all ends up.

India fought back after the early goal with a series of attacks that earned them three consecutive penalty corners, which went in vain. Australia doubled their lead two minutes into the second quarter, Sharp seized the ball after Jugraj Singh slipped in the midfield and once again it was Tom Wickham who received the pass and made it 2-0.

Even as the home team dominated the proceedings, India pulled one goal back in the 24th minute when Harmanpreet Singh successfully converted the fourth penalty corner, with a stinging shot to the right of Australian keeper, Andrew Charter, to make it 1-2.

In the 30th minute, Zalewski, who had a fine game, and was player of the match, buried a rebound off the goalkeeper’s chest following a powerful attempt by Jacob Anderson, making it 3-1. Soon after the break, India came up with a superb attempt when Hardik Singh gave a piercing long pass to the unmarked Amit Rohidas, who finished it off in style to make it 2-3.

Australia, taking advantage of India being a man down, added another goal to their tally when Daniel Beale darted into the circle from the right and squared to Anderson to make it 4-2. With six minutes left, Australia went 5-2 up, when Ky Willet dived to retrieve and pass to Whetton who slotted it home from close range.

India’s fighting spirit was back to the fore when they scored twice in the final five minutes, first through another combined move, where Dilpreet Singh deflected it to Sukhjeet, who made it 3-5. Shortly after, another attack by India earned them a penalty corner and Harmanpreet made it 4-5.

However, the fight-back fell short and the Kookaburras absorbed the pressure to emerge winners. Commenting on the series, Indian skipper Harmanpreet Singh said “leaving open spaces” and “lack of consistency” were the lessons they learned from this series, while on the positive side the good fight and scoring proficiency augur well for the team.