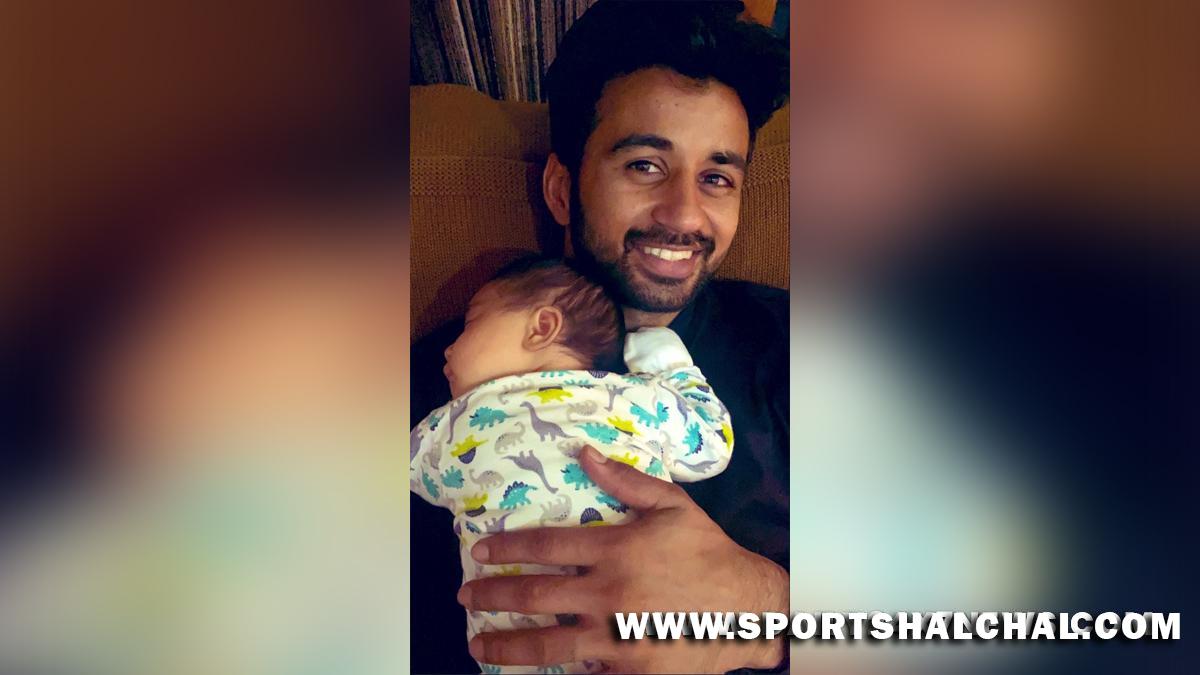 New Delhi : Indian hockey team captain Manpreet Singh has finally reunited with his new-born daughter following the conclusion of the Asian Champions Trophy in Dhaka, and he is making it known how happy he is.On Friday, Manpreet tweeted an image of his daughter resting on his shoulder and wrote, “Back to daddy duty with my dino.”The emotional attachment with his daughter had made parting with the new-born a painful experience for the India midfielder, who had posted an image in mid-November when he was leaving for the national camp in Bhubaneswar ahead of the Asian Champions Trophy.

Manpreet had then tweeted an emotional image of him holding the baby girl and captioned it, “Ist National Camp after she is born, so not ready to leave her. #babyJ”Fans were quick to respond to the tweet then, with one of them saying, “Waiting for Gold in Paris.”Manpreet is married to Illi Najwa Saddique from Malaysia.The Asian Champions Trophy was held from December 14-22 and saw India lose to Japan in the semifinal, following which they defeated arch-rivals Pakistan in the 3rd-4th place playoff to clinch bronze.