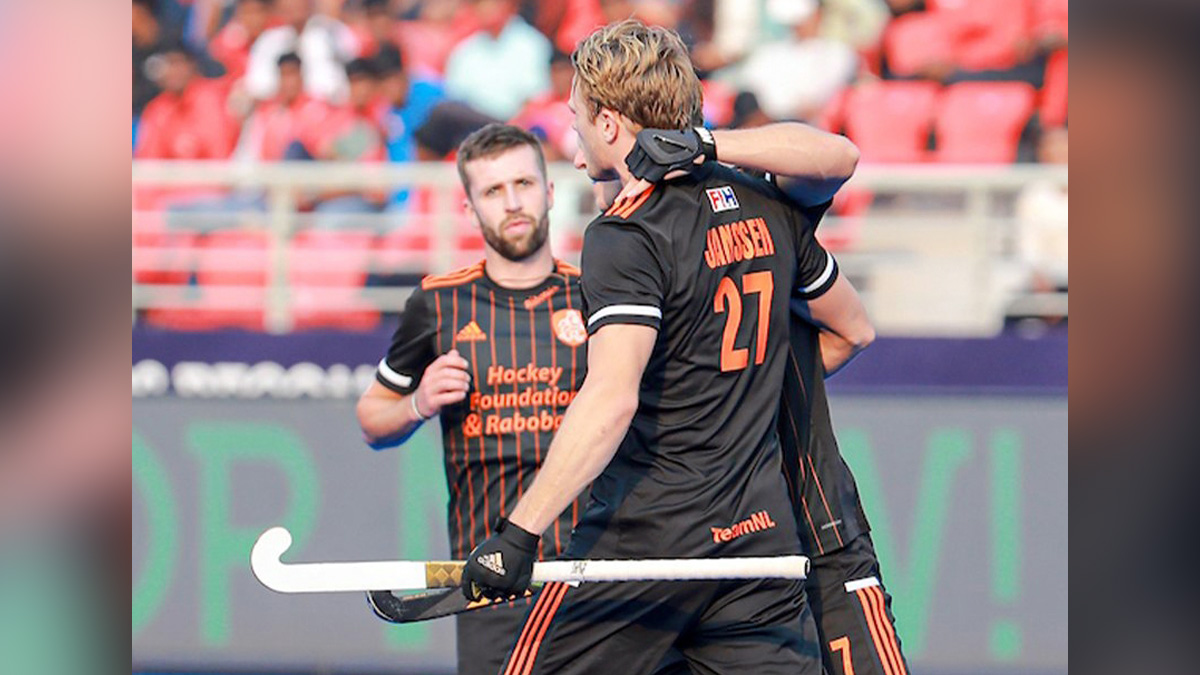 Rourkela : Three-time champions Netherlands got off to a brisk start on the second day of the FIH Odisha Men’s Hockey World Cup 2023 by defeating Malaysia 4-0 in a Pool C match at the Birsa Munda Stadium, here on Saturday.

Holland, who had won the title in the 1973, 1990 and 1998 editions, scored twice in the second quarter, survived some good attacks in the third quarter and then slotted two more goals in the fourth quarter as they started their campaign on a winning note.

Coach Jeroen Delmee’s team made a slow start and only got going after a goalless first quarter. Thijs Van Dam opened their account in the 19th minute with a field goal and four minutes later, Jip Janssen made it 2-0 by converting a penalty stroke as the Dutch held a 2-0 lead at half-time.

Malaysia had the better of the exchanges in the third quarter as they earned three penalty corners but could not capitalise on the chances. The Netherlands, the World No. 3 and one of the favourites for the title here, got going again in the fourth quarter when they scored off their second penalty corner when Teun Beins converted in the 46th minute.

They had another chance in the 53rd minute off their third PC but were thwarted. But Jorrit Croon gave more respectability to the score when he scored the fourth goal for the Netherlands in the seconds before the final hooter.

Will help us to learn a lot by playing against Australia : Sidra Amin