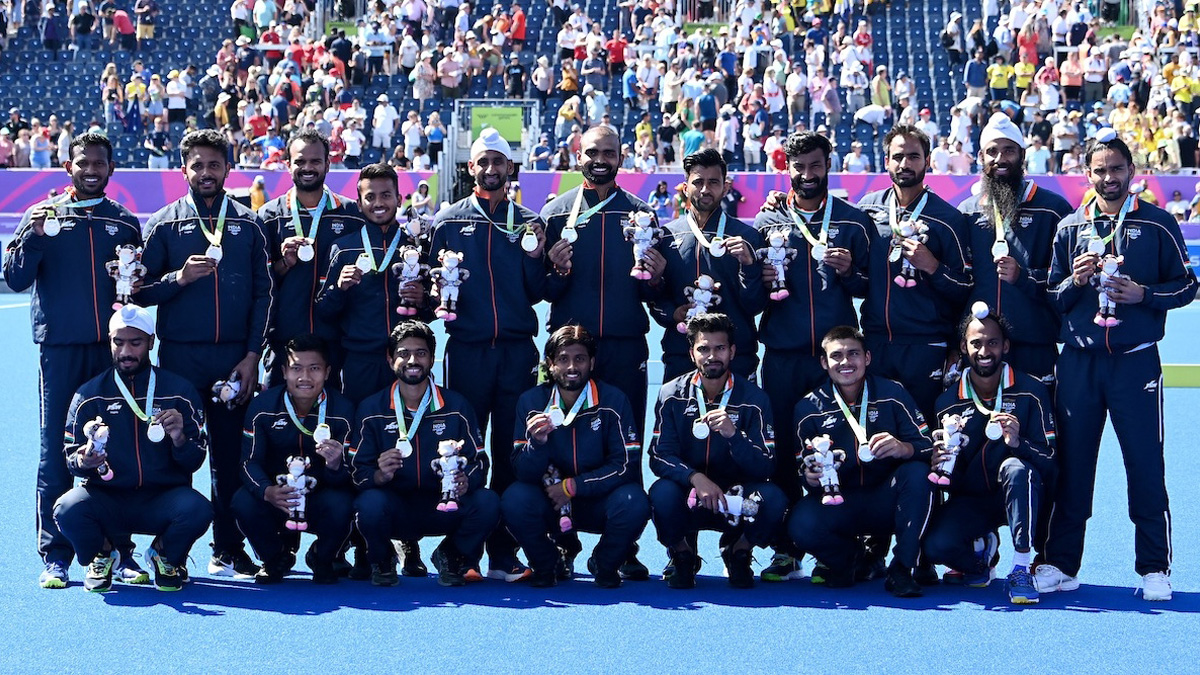 Birmingham : The Indian men’s hockey team came up with a disjointed and dispirited performance as it went down 7-0 to world No. 1 Australia in the final at the 2022 Birmingham Commonwealth Games here on Monday.

The Indians who had reached the final for the first time since 2014, had to be satisfied with the silver medal as they found the Aussies too strong to handle and quietly accepted the spanking, coming close only on a few occasions to trouble the rival goalkeeper.

England took the bronze medal with a 6-3 win over South Africa, the surprise semifinalists who reached the last four at the expense of New Zealand.Nathan Ephraums (14tn, 42nd min) and Jacob Anderson (22nd, 27th min) scored a brace each for Australia while Blake Govers (9th min), Tom Wickham (22nd) and Flynn Ogilvie (46th min) contributed one goal each to the Kookaburras’ score.

Australia has never lost a final since the sport was introduced in Kuala Lumpur in 1998. This is India’s third defeat in the Commonwealth Games men’s hockey final but an improvement for the team as it had failed to win a medal in the previous edition at Gold Coast in Australia in 2018.

They scored one goal each in the next two quarters reminding fans of their 8-0 win during the 2010 finals in New Delhi.The Indians had themselves to blame as they allowed the Kookaburras too much room in the midfield from where they could launch their attacks.

The defenders were not quick on the rebound, which left goalkeeper PR Sreejesh vulnerable to an attack on the rebound after he had thwarted the first.India conceded four of the seven goals in this fashion. The scoreline could have been worse had Sreejesh and Amit Rohidas not made some superb saves.

What would also rankle the Indians will be the fact that they failed to earn a single penalty corner. They tried to match the Australians in pace but could not do so.

The weather could also have played a role as it turned out to be hotter than usual as the sun shone quite fiercely and the temperature was higher than it was in the last couple of days.

To add insult to injury, India captain Manpreet Singh got injured and had to come out with a suspected fracture in his right arm or dislocation of the shoulder, which will be confirmed when he goes for a scan later in the day.

“Overall, it was not our day as we could not produce our game. We never expected it to be 7-0 but then we could not create the kind of attacks that we are capable of,” said skipper Manpreet Singh after the match.

“Australia played very well and the most important thing is that they capitalised on every attack they made,” said Manpreet.One of the reasons for the Indian midfield having a disjoined look could be the absence of Vivek Sagar Prasad, who had to sit out of the match because of a knee injury.

India have never won the men’s hockey gold in Commonwealth Games and now they will have to wait for four more years to harbour another dream.