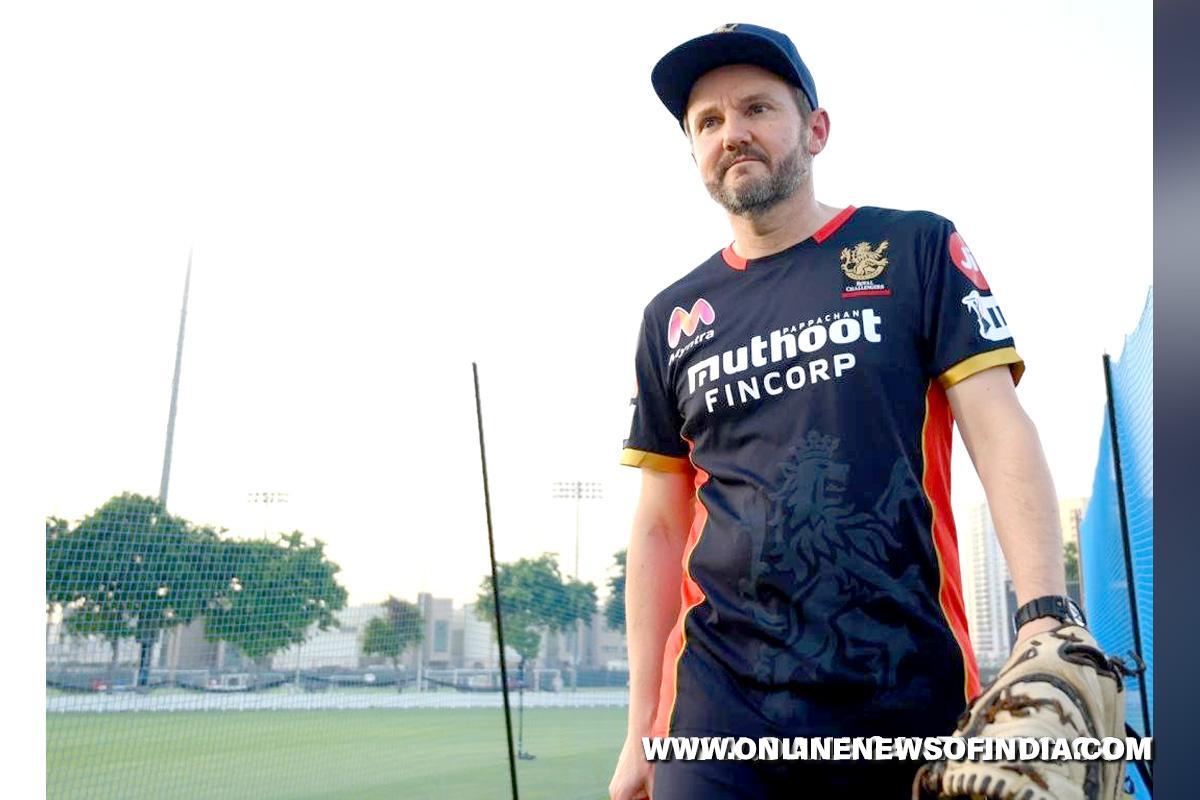 Dubai : Royal Challengers Bangalore (RCB) coach Mike Hesson categorically said that the humiliating loss to Kolkata Knight Riders in the team’s opening match in the IPL second leg here had anything to do with skipper Virat Kohli’s statement about quitting captaincy at the end of the season.KKR registered a comfortable nine-wicket win with RCB able to put only 92 runs on the board and the winners notching up the target in only 10 overs for the loss one wicket.Kohli, who has been with RCB since the inception of IPL in 2008 and became captain of the team in 2013, announced on September 19 that he will step down as the captain of the team after the end of IPL 2021 season.”No, I don’t think so (it’s got to do with Kohli’s statement). I think it was important to get any form of distraction out of the way early and we spoke about making that announcement as soon as possible so all players were aware of it. It certainly hasn’t had an impact on tonight’s performance. We weren’t as sharp as we needed to be with the bat, we didn’t adapt to conditions, we lost wickets in clumps — everything that you can’t do as a batting group. But I’m still confident in this group that we’ll turn it around quickly,” Hesson said during a post-match virtual press conference after the nine-wicket loss.

On KS Bharat taking up the wicket-keeping duties as against the RCB’s regular keeper, AB de Villiers, Hesson said it was a move to preserve the South African.”I think you saw that AB de Villiers didn’t have the gloves. So certainly we’ve got to look after AB. He’s a very important player for us and not one that we can risk at the moment behind the stumps. To be fair to KS Bharat, he’s been outstanding in the camp leading up to this game. Certainly deserves his inclusion,” said Hesson.Hesson added that team composition wasn’t the reason for the huge defeat as the side was well-placed at 41/1 and then the slide happened.”Team composition wasn’t really the problem today, we got ourselves to 1 for 41. Even going back further than that, we got the toss wrong. We scrapped to 1 for 41… certainly wasn’t a 92 wicket, but to get rolled for 92 there — we should have found a way to get ourselves to 150. Whether that would be enough or not would be debatable as well because the ball started to slide on [in the second innings]. All in all, we weren’t sharp enough with the bat.”