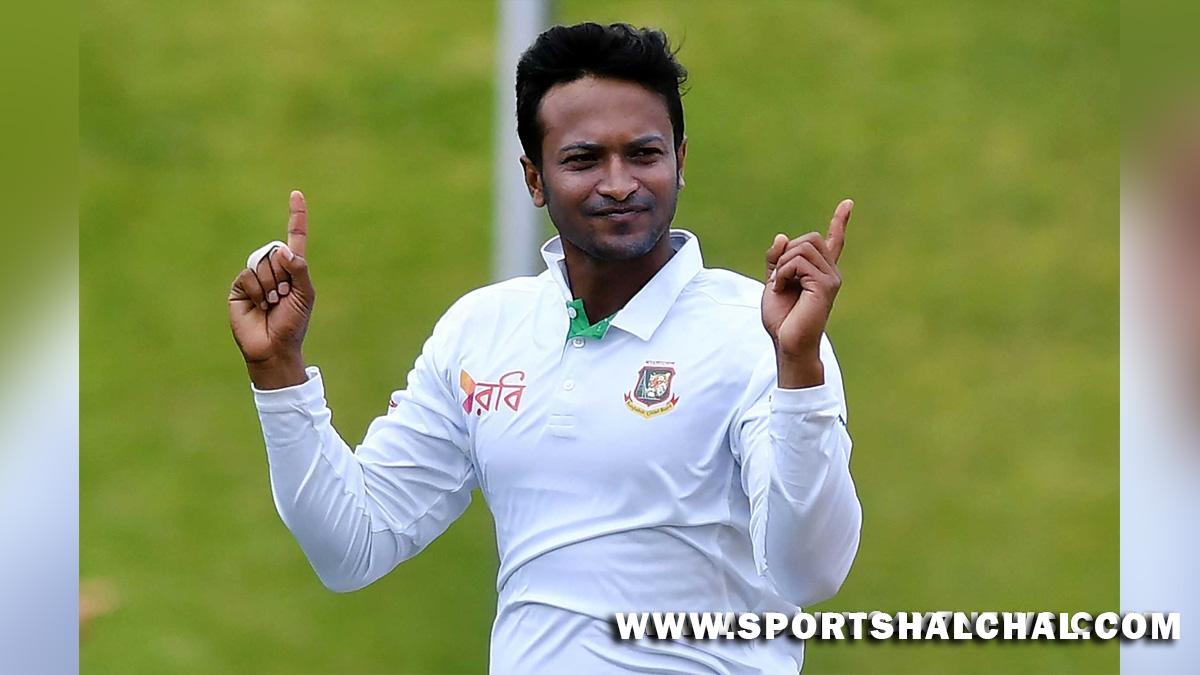 I am happy Bangladesh beat New Zealand without me: Shakib Al Hasan

Dhaka : Bangladesh all-rounder Shakib Al Hasan is happy with Bangladesh beating New Zealand in the first Test at Mount Maunganui without him. Al Hasan, who withdrew from the two-match tour to spend time with his family, said the eight-wicket victory proved that Bangladesh wasn’t dependent on senior players to be the architects of the win.Pacer Ebadot Hussain took 6/46 in the second innings to bowl out New Zealand for 169 in the second innings, paving the way for a 40-run target which Bangladesh chased down in 16.5 overs.With the bat, Mahmudul Hasan Joy, Najmul Hossain Shanto, captain Mominul Haque and wicketkeeper Liton Das got half-centuries as Bangladesh took a 130-run lead with first innings score of 458.”I don’t think my presence was necessarily important (in New Zealand). I am actually happy that they did it without me. Not just me… (but the others too).

I think what really delighted me was that the notion, particularly in the media, that not many players apart from the four or five senior ones can win games for the team that will be changed. If they are handed the responsibility, these youngsters will play better,” Al Hasan was quoted as saying by ESPNCricinfo.The 34-year-old was delighted by the fact that Bangladesh began 2022 with a maiden Test win over New Zealand after a difficult 2021, where they lost five out of seven Tests. “We made an unbelievable start to 2022. I am very happy. Credit goes to all the players and coaching staff for playing well under so much pressure and in these conditions. Everyone tried hard.”With the 1-0 lead, Bangladesh will hope to carry forward the good showing into the second Test at Christchurch starting from Sunday.”This was always going to be a challenging year after a difficult time in 2021 for us. I hope we can continue in this manner. Bangladesh do not play this well all the time. Not everything will change after a Test win. But it creates the opportunity for change. I think if we can hold onto this belief, particularly the BCB, we can do well in the World Test Championship,” concluded Al Hasan.