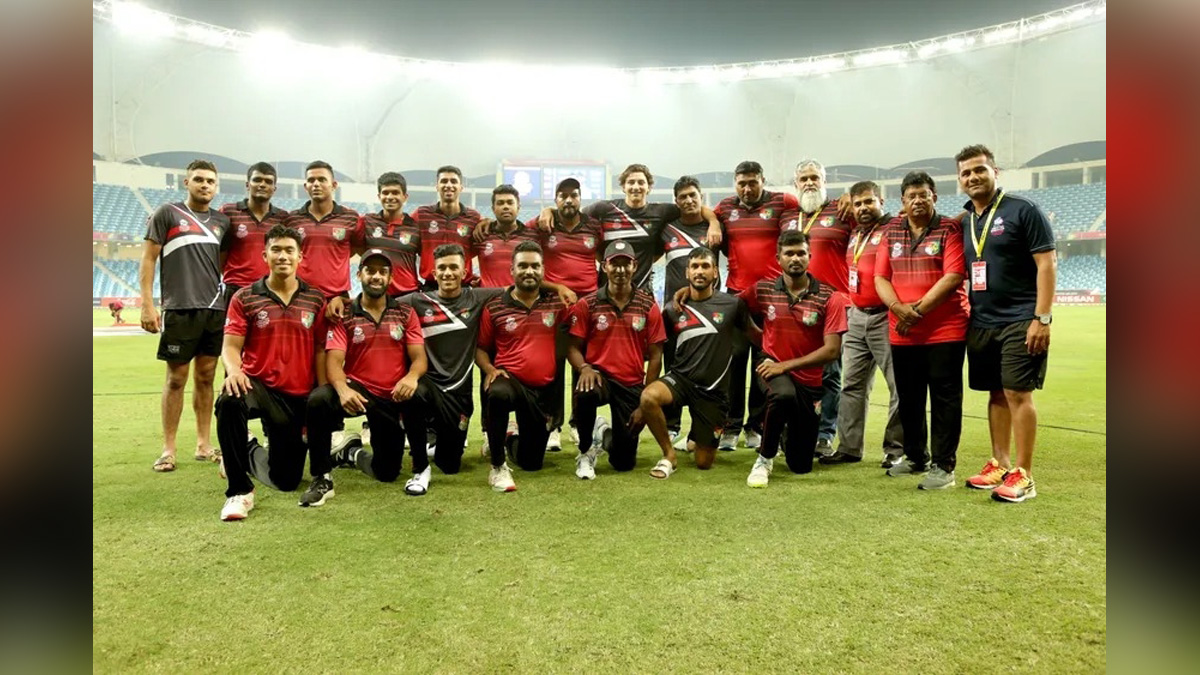 Singapore : Captain Amjad Mahboob believes that Singapore are better prepared for this round of ICC Men’s T20 World Cup Qualifiers than they were three years ago as the team seeks to make history.

The 41-year-old Mahboob was part of the side who finished sixth in Group A in 2019 in a tournament which took place just three months after their first ever T20I.

Now more experienced in the international arena, and with positive results against Papua New Guinea and Malaysia under their belt in recent series, Singapore go into the upcoming ICC Men’s T20 World Cup Global Qualifier B confident of springing a surprise and making their first ever World Cup.

“We have worked very hard since the last time we played in the CWC qualifiers. We know the areas we need to improve and I’m very confident we’ll be better than last time,” said Mahboob.”Preparations have been excellent.

We’ve played against PNG and Malaysia as well as a good team from Pakistan, who have provided a very good test. Overall, we are very satisfied and we are looking forward to getting to Zimbabwe,” he added.Singapore to open up against the host Zimbabwe, who were the first full member they defeated upon gaining T20I status when they triumphed by four runs in September 2019.

More recently, Mahboob’s side broke new ground by scoring 200 in a T20I for the first time in a losing cause against Papua New Guinea, Surendran Chandramohan striking a century, while Aryaman Sunil’s hard hitting in the death overs has also come to the fore.

Mahboob credits new coach Salman Butt, the former Pakistan international, with boosting Singapore’s firepower with the bat and hopes his key players can keep their momentum going.”We have some high-class players in our squad who can change a game very quickly.

Against Malaysia recently, we needed 34 in two overs and Aryaman finished it in 10 balls. Surendran is finding his form, he’s one of our very important players. Salman has been working hard with all our batters, as shown by us scoring 200 against PNG,” he said.

“Zimbabwe are a very strong team but we will play tough cricket and give 100 percent. In T20, a match can change in one or two overs. As captain, I’m very satisfied with our options and we are ready for this tournament,” he added.

Two places are up for grabs in October’s showpiece in Australia at the upcoming qualifier and Mahboob is well aware of how earning one of them could have a seismic impact on cricket in Singapore.

Whatever the outcome in Zimbabwe, however, the veteran has already seen a rise in interest and believes that trend will keep going in one direction.

“We really enjoy playing in these qualifiers and it inspires our youth,” he said.”When we played in 2019, a lot of kids started playing cricket in Singapore, which was really exciting. It definitely had an impact and hopefully this will too,” he added.