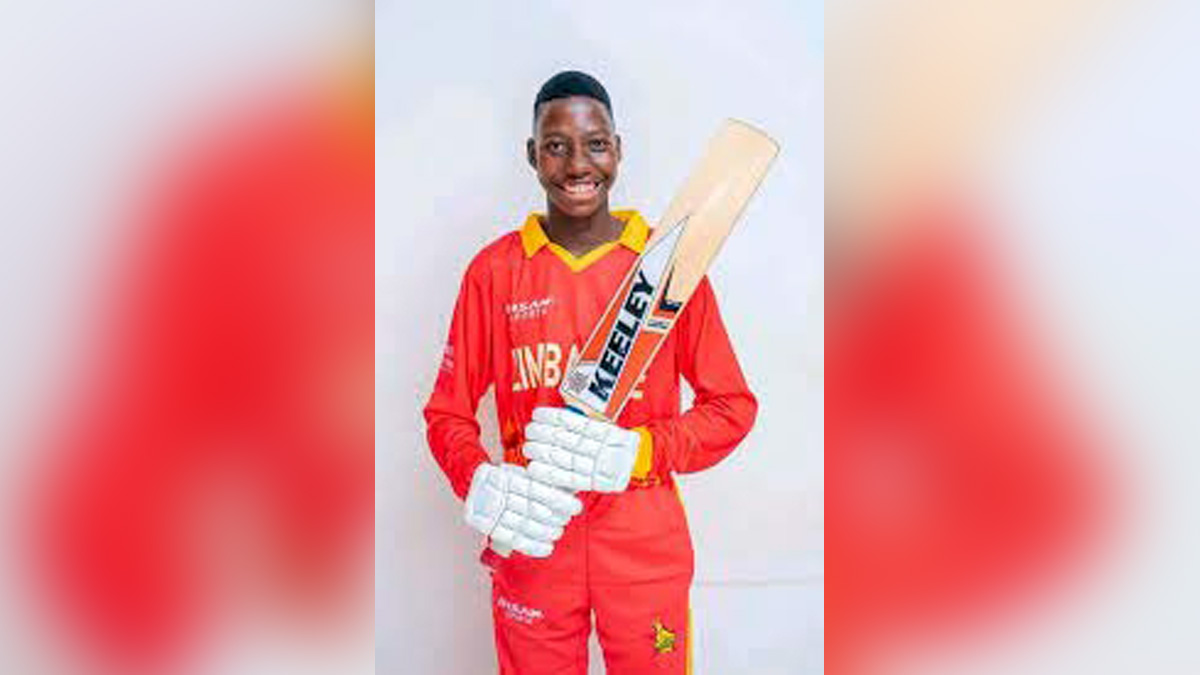 Harare : Zimbabwe Cricket has announced the Zimbabwe Under-19 Women’s squad for the first-ever ICC Under-19 Women’s T20 World Cup to be held in South Africa from January 14 to 29, 2023. The side will be captained by all-rounder Kelis Ndhlovu who already boasts international experience at senior level.

Ndhlovu finished with the most wickets at the ICC Women’s T20 World Cup Qualifier 2022 held in the United Arab Emirates in September, while her batting talent was on show during her maiden tour with the seniors when she was involved in an unbeaten opening stand worth 158 runs against Namibia in April.

The Zimbabwe Under-19 Women’s side, coached by Trevor Phiri, also includes another player with a senior cap in pace bowler Michelle Mavunga. The Ndiraya twins, Kay and Kelly, are also part of the squad of 15 that is travelling to South Africa for the inaugural tournament.

The ICC Under-19 Women’s T20 World Cup 2023 has 16 teams that are divided into four groups of four, with the top three in each group progressing to the Super Six stage which will have two pools.

The top two sides from each of the Super Six leagues will progress to the semi-finals, with the final taking place on January 29. Zimbabwe are in Group B alongside England, Pakistan and Rwanda.
All Group B matches will be played in Potchefstroom, an academic city in the North West province of South Africa that lies about 120 km southwest of Johannesburg. In their first match of the tournament, Zimbabwe will face England at the JB Marks Oval on January 15.