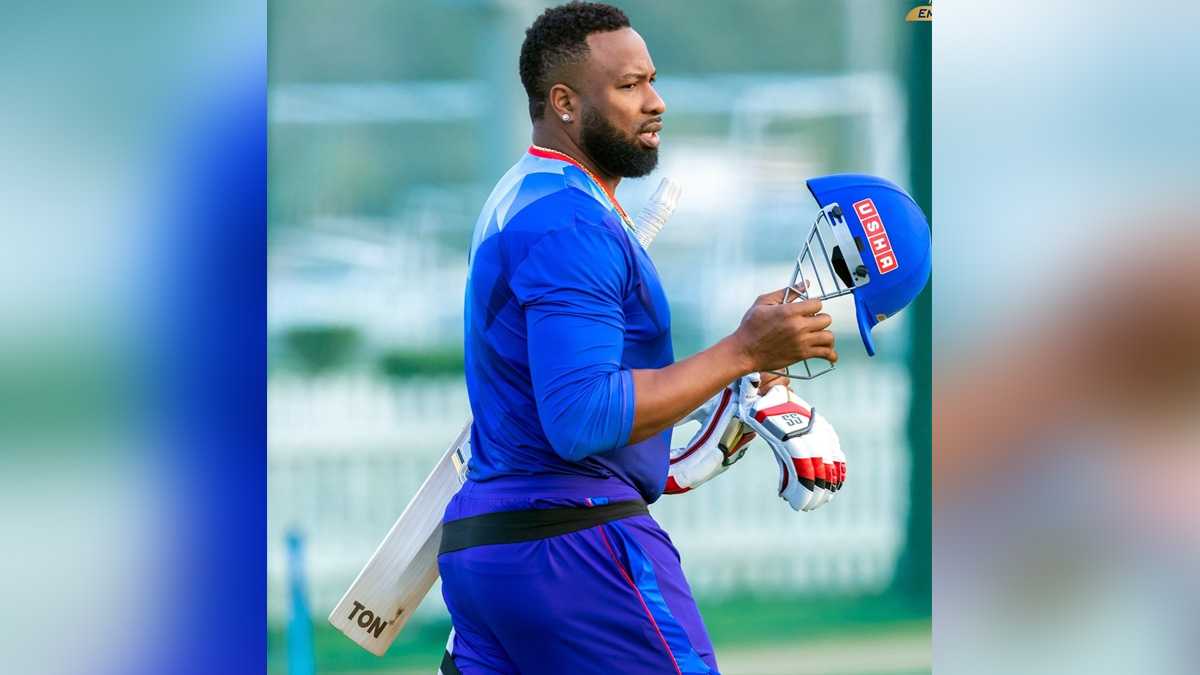 ILT20 : We believe in high level of performance at MI franchise even in pressure : Keiron Pollard

Abu Dhabi : Star West Indian all-rounder Keiron Pollard, who is leading the MI Emirates team at the inaugural ILT20, recognises the high level of performance that’s expected from the franchise but he is confident about his players’ ability to deliver even in the pressure situations.

MI Emirates will lock horns with Sharjah Warriors in their campaign opener of ILT20 on Saturday. “It is always a challenge when you have a shorter time to get together and plan for a new tournament.

But once you are clear and precise as to what you want, it becomes pretty simple. It’s just a matter of understanding and easing the pressure on the boys in the new franchise so that they can understand their roles.

We basically break it down for them,” said Pollard who has also led Mumbai Indians at various occasions. Having captained the West Indies side and MI as well, Pollard is looking forward to his new role with MI Emirates as a leader.

“Personally I still have the drive and burning desire to play cricket that keeps pushing me. As a leader, I am going to continue to guide these guys because they have played cricket before and that’s the reason why they are here.

So, it’s a matter of putting all the pieces of the puzzle together and play an exciting cricket that MI is known to play,” the veteran all-rounder said, while referring to the Mumbai Indians aggressive style of cricket.

While the 35-year old exude confidence having been part of the successful journey of MI franchise in India, he also understands the responsibility he is expected to carry in representing the MI brand in UAE.

“Pressure is always there, be it any franchise. But yes more so for this franchise, because we believe in a high level of performance. Having the experience of being here (with Mumbai Indians) for a while, I know what’s needed.

I think (the management) did a very good job with the composition of our team trying to cover all pieces,” Pollard was quoted as saying in a media release. Under Pollard’s leadership, MI Emirates also promises competitiveness for its fans.

“Personally I still have the drive and burning desire to play cricket that keeps pushing me. From the team’s perspective, the ultimate goal is to win the tournament, but the first step is to get into the tournament, get into the competitive mode, get to the playoffs and then you gun for the title,” he concluded.